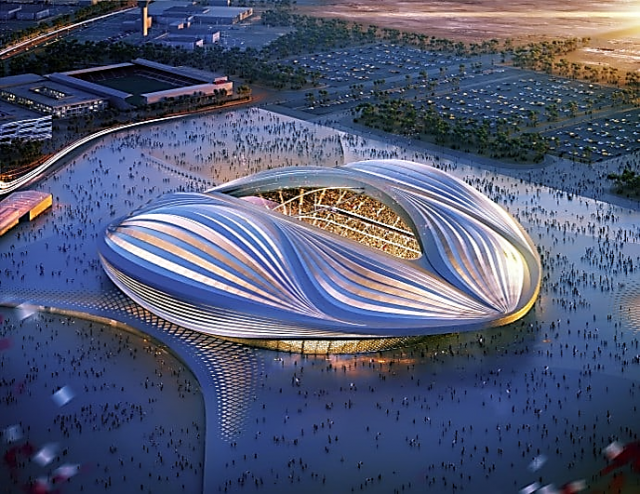 The distinctive form of Al Janoub Stadium will be instantly recognized by all who see it – and won’t be easily forgotten. Its graceful lines and flowing curves were inspired by the sails of traditional dhow boats weaving through the currents of the Gulf.

A modern take on a historic design
This futuristic arena alludes to Al Wakrah’s seafaring past – a spectacular bridge between old and new, and a strong visual representation of Qatar’s drive to reach beyond its shores.

Beauty meets practicality
The view from inside the stadium will be just as stunning, where bowed beams hold up the roof, resembling a ship’s hull and allowing light to flood into the arena.

Plenty of light doesn’t mean too much heat though. Alongside an innovative cooling system, ingenious design will play a part in keeping fans, players and officials comfortable. Detailed micro-climate analysis informed the arena’s shape, with aerodynamics and optimal shading from the roof (which incorporates a minimal amount of glass) making a significant contribution to temperature control. 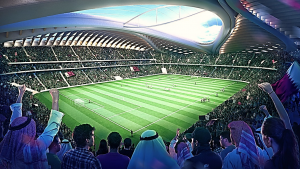 Al Janoub Stadium is being inaugurated on 16th May 2019 by H.E. Sheikh Tamim bin Hamad Al Thani ,Emir of Qatar.

The above article about AL Janoub Stadium is extracted from the site https://www.sc.qa/en/stadiums