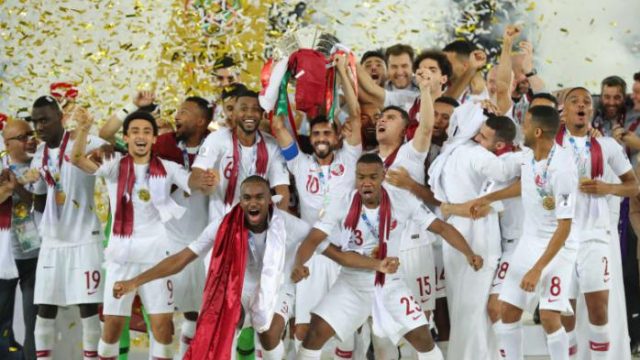 Doha: The Qatar Football Association (QFA) has officially announced its bid to host the 2027 AFC Asian Cup after the Asian Football Confederation closed the bid process for the said event.

Qatar is one of the five bids presented to the AFC.

After the continental football body announces the start of receiving the bid files, QFA will send an integrated file to complete the process from its side.

The AFC will now work with each Bidding Member Association on the delivery of the necessary bidding documentation in accordance with the bidding process and will announce the host for the 19th edition of the AFC Asian Cup in 2021.

It is expected that the QFA bid file will detail the love of football in the country and the lasting legacy it possesses when it comes to hosting the top football events.

Qatar is ahead of schedule with its preparations for the 2022 FIFA World Cup.

On this occasion, Mansoor Al Ansari, Secretary-General of the QFA, said: “We present Qatar’s bid to win the rights to host the 2027 AFC Asian Cup. Our bid confirms the great desire to follow major sporting events, which Qatar is conducting with great successes for over two decades now. Qatar’s next big assignment is the 2022 FIFA World Cup and we are preparing well for the event.”

Al Ansari said that Qatar will be ready to host the 2027 AFC Asian Cup, taking advantage of the modern sports facilities that it has in the country. He added that the world-class sporting infrastructure in Qatar is a sound legacy for future football generations in the Asian continent.

The QFA Secretary-General stressed that Qatar has a proven track record in hosting world and continental sports championships. He said Qatar is confident it will be able to host a spectacular edition of the 2027 Asian Cup, an event it has hosted twice in 1988 and 2011.

He added Qatar is currently preparing to stage biggest the footballing event – the FIFA World Cup – in 2022.

The QFA high ranking official said Qatar is ahead of schedule with its large-scale preparations to stage the FIFA World Cup, saying the event will bring the football fans together for ‘unforgettable experience’.