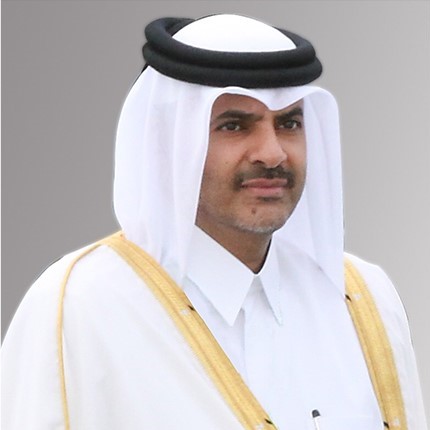 The decision comes into effect from Thursday, July 9, 2020.

The cabinet also approved a draft decision to raise the percentage of Qataris to 60% of workers in state-owned companies or in which it participates, and other entities subject to the retirement and pension law.

Following the meeting, HE Dr. Issa bin Saad Jaffali Al Naimi, Minister of Justice and Acting Minister of State for Cabinet Affairs, including the following:

Cabinet affirmed the continuation of the work taken with precautionary measures and measures taken to combat this epidemic, and within the framework of the plan to gradually lift the restrictions imposed by the Corona virus (Covid 19), decided the following:

1 – Revoking his decision regarding closing shops and stopping all commercial activities on Friday and Saturday of each week.

After that, the Council considered the topics on the agenda as follows:

First – Approved a draft decision of the Minister of Administrative Development, Labor and Social Affairs regarding determining the ratio of Qataris to non-Qataris working in the private sector.

This draft resolution comes in implementation of the provisions of the Labor Law promulgated by Law No. (14) of 2004.

The draft decision aims to raise the percentage of Qataris working at state-owned companies, or where the state is an investor to 60 percent. The decision also includes other authorities that are subject to the retirement and pensions law.

The draft decision also aims to raise the percentage of Qataris in human resources to 80 percent in these authorities.

The children of Qatari women are treated as Qataris when calculating the localization ratio.

The authorities in question are banned from appointing non-Qataris in jobs allocated by the Ministry of Administrative Development, Labor, and Social Affairs for localization.

Second – Approving a draft law amending some provisions of Decree Law No. (11) of 2012 regarding government regulation for the sale and purchase of chemical and petrochemical products produced in the State of Qatar.

Third – The Cabinet reviewed a report on the state of Qatar’s population for the year 2019 and the results of the Permanent Population Committee’s study of the views and observations of the concerned authorities on the report, and took the appropriate decision regarding it.