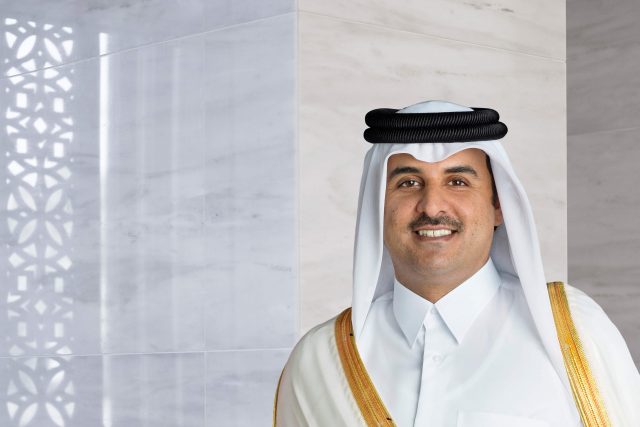 His Highness Sheikh Tamim bin Hamad Al Thani assumed his duties as Amir of the State of Qatar on 25th June 2013, following the announcement of His Highness The Father Amir, Sheikh Hamad bin Khalifa Al Thani, in an address to the Qatari people, of his decision to hand over power to his Heir Apparent and the pledge of allegiance to HH Sheikh Tamim by the Qatari people as the new Amir.

His Highness then pursued his higher education in the United Kingdom, where he attended the Royal Military Academy of Sandhurst, graduating in 1998.

After graduating from Sandhurst, His Highness joined Qatar’s Armed Forces, combining both military academic study and practical and on the field experience.

HH had a remarkable and constructive contribution to Qatar National Vision 2030, as he was entrusted by HH The Amir at the time to chair the Supreme Committee for planning the vision of the country until launched in 2008. HH The Amir is still following up the implementation of the vision at the present.

Believing in the importance of future generations to be knowledgeable of the history of Qatar and the feats and eternal values of its founding ancestors, HH The Amir oversaw the launch of Qatar National Day. It is considered one of the most prominent things overseen by HH during his tenure as the Heir Apparent, aiming that future generations will incarnate, preserve and keep echoing those values.

HH The Amir contributed as well to the launch of the National Sports Day as he believed in the importance of health for the individual and society.

As for the political and diplomatic affairs, HH The Amir played a major role in bridging views among several disputing political parties through political dialogues hosted in Doha and carried out under personal auspices of HH The Amir. 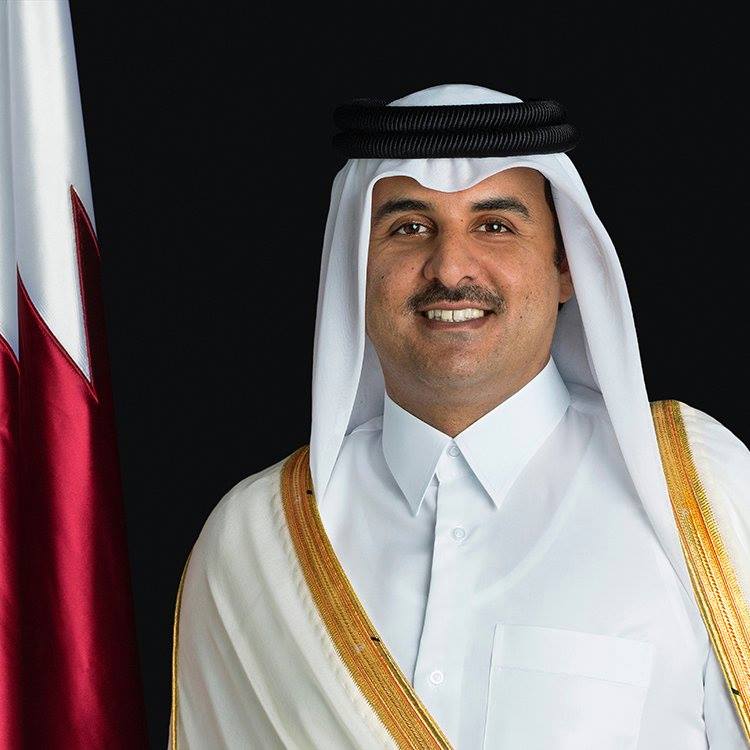 As Amir of the State of Qatar

Upon assuming his duties as Amir of the State of Qatar, His Highness became the Head of State and Supreme Commander of the Armed Forces, in addition to his chairmanship of the Supreme Council for Economic Affairs and Investment, the Supreme Committee for Delivery and Legacy, and the National Security Council.

During his tenure the state of Qatar obtained high ranks in the international and regional indicators. It is ranked the first in capital flows, political and legislative areas, gross domestic product per capita and low unemployment rate.

HH The Amir received many international medals and awards in recognition of his contributions in humanitarian areas and international issues, as well as for his efforts in promoting friendship and cooperation between nations and peoples.

His hobbies include Tennis, falconry and sports related to the Qatari and Arab heritage.

In addition to Arabic language, His Highness is fluent in both English and French.