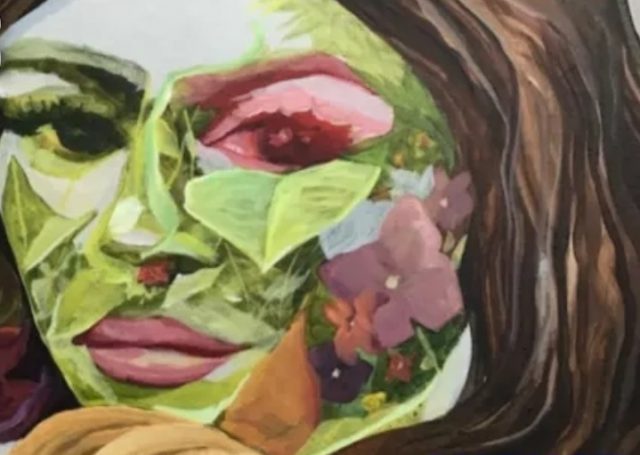 What is an earthquake? In non-geologist terms, when the tectonic plates under the earth’s crust shift, a wide area around it is caused to shake/quake and that is termed as an earthquake. The world has experienced or watched from afar, multitudes of earthquakes. The devastations have been recorded and shared. What the world is experiencing currently, is something I would like to give the nomenclature of ‘nature-quake.’ This time, nature has decided to shift, to show its discontent, to teach the homo-sapiens what happens when it’s nurturing and bounty are taken for granted. Nature has taken its power back; the Empress has lifted one of her powerful-despite-dainty eyebrows. And just by this gossamer act, it has brought the entire humankind down to its knees. Woah! What majesty and power. And we humans gloat about our puny ‘powers’, strutting around with our swollen heads up in the seventh cloud, forgetting that a miniscule pebble can arrest our arrogant sprint. This, my specie-brethren is true power, quiet and gentle, the ‘nature-quake. 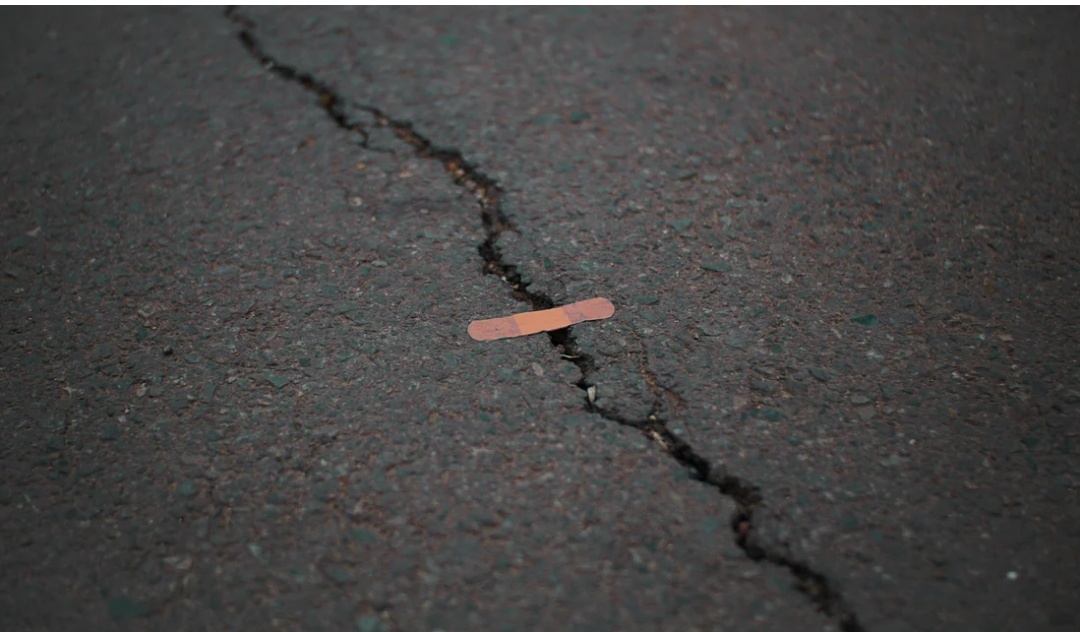 I am completely awed by what stupendous transformations, this slight lift of the majestic eyebrow aka the covid-19, has brought about in the entire world. Each and every country facing spiked pollution levels, had been doing band-aid style quick fix jobs to announce its efforts in controlling pollution. These were all placebos to keep the collective conscience pacified. Nature’s lungs, the greens, were wickedly getting pounced upon left or right, under one pretext or the other. Other species were being rendered low-value and enslaved to man’s greed, their homes were shrinking and their numbers dwindling. 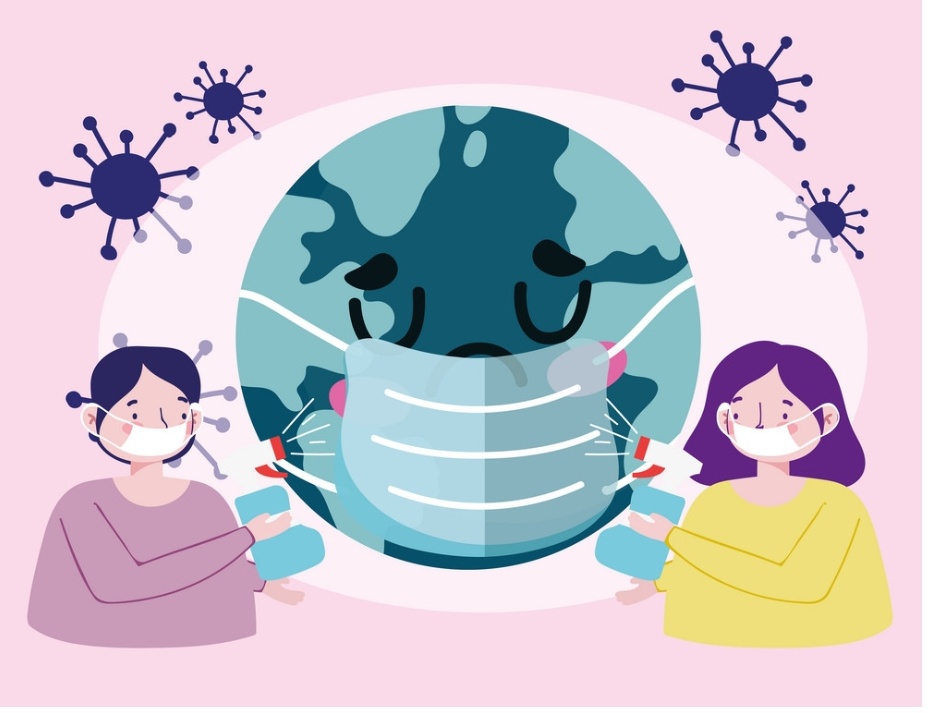 Family members were finding it impossible to live under one roof together for more than a few hours, while pleasant socializings were sanctuaries. Powerful nations smugly condescended to dole out charity to less developed nations, like poor relatives. There’s a plethora of similar skewed attitudes and behaviours. All this going on for human centuries, while the Empress Nature ignored the trivialities and pettiness, continuing it’s benevolent nurturing. But, how long can a mother ignore one of its children bullying the others? Now, she has just slightly frowned , and the bully has been shown its true vulnerable place. Mother Earth (ME) is having the last laugh. Had she not been showing her displeasure and pain by our atrocities?

We have ignored all her groans, and now she has puckered her brows with displeasure. A miniscule organism has wreaked havoc with all our self-gloating, imprisoning us within houses, colonies, cities, states, countries. It took just this eccentric ‘slip of a thing’ to show how insignificant we are in the greater scheme, that even a virus is capable of defeating us. 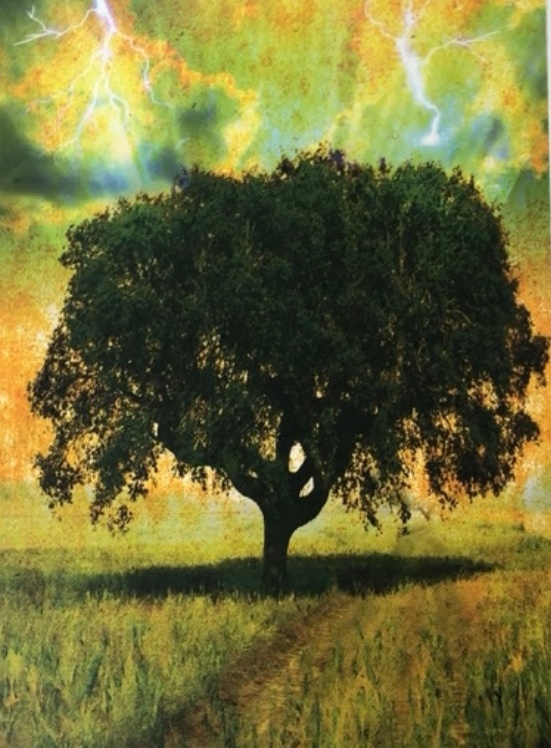 My friends have been asking me how I am able to retain my smile under such circumstances. Here I share the train of my thoughts. The situation recalls to my mind, my own behaviour as a mother. My boys tend to treat the house as a hostel (since they didn’t get the “freedom” of a real hostel life, I guess) and their rooms, including our living room (they literally “live” there, maximum time they are home) resemble a railway station platform any given time of the day/night. Now, I draw the analogy between the two scenarios. My boys are we humans, the room is our planet, and I am Mother Nature … ha ha! The humor has already kicked in.

So, to continue the analogy. My boys are aware that I’m not happy with the coffee mugs and wrappers, they’ve naughtily pushed under or behind the couch. I’ve asked them to dispose of them properly. “In a couple of minutes, mom!” is the invariable reply. After some time, a few more packets with goodies, as well as the empty ones (with the goodies devoured), along with socks and shoes thrown on the carpet have appeared. I ignore them. An hour later, jeans and shirts/t-shirts, along with watches, phones, laptops, books, stationery have been carelessly tossed on the couches, chairs, carpet, floor, and the three tables. I peep in, and give “the look”. “Arey, we’re tired mom. We will tidy up in some time.” Away I go, fully aware of what’s coming next. But I should let them enjoy their “freedom” too, na! 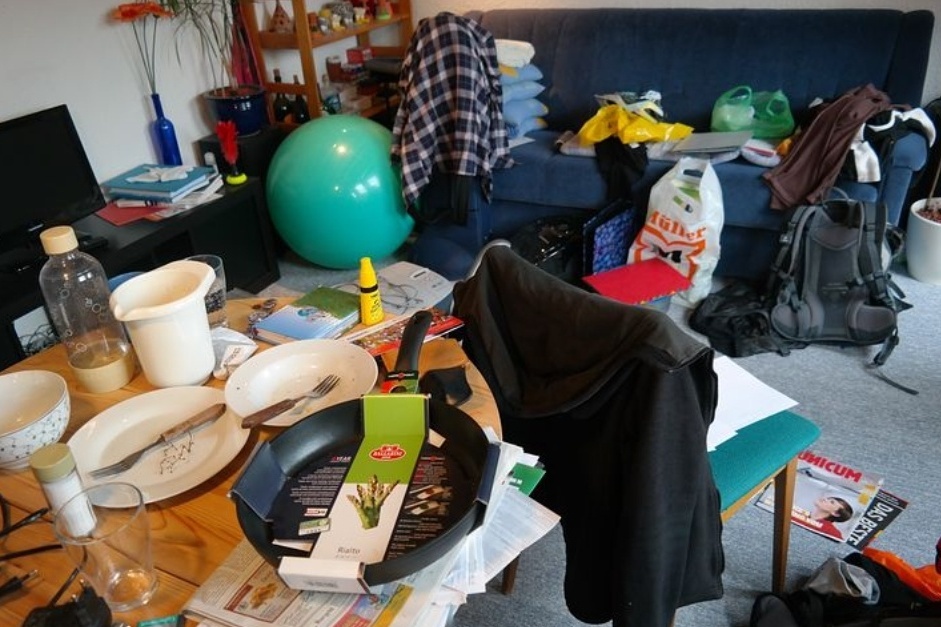 And I don’t need to wait for long. From my open kitchen, I see them surreptitiously lug the heavy mattresses from their bedroom through the lobby into the living room. I ignore, playing along, by pretending that I haven’t seen. My frustration is building… and they know it. Half an hour later, as I go to announce dinner, I find them sprawled out on the floor-bed of mattresses sans bedcover, all the sofa/couch cushions thrown on the “bed”, the bean bags taking place of pride among them, and my two Royals enthroned (read, sprawled out) on them. The Princes are deeply engaged in (cyber) wars on the battlefield (playstation), inflicting mortal wounds on the troops/enemies (with super villainous powers), furiously and fiercely fighting with their mighty weapons (the controllers). How puny the power of Thor’s Hammer, Captain America’s Shield, Hawkeye’s Quiver of Arrows, Iron Man’s and Superman’s Lasers, Batman’s Baterang, et al, appears before the inexhaustible weaponry of these two Supreme Warlords! And the ringing warcries reverberate through the walls, as the two Dragoons fight it out.

They completely ignore me, though I can feel their conscious minds piercing through their heads and looking askance to gauge the time before I explode. I retreat my steps after casually asking them to eat dinner. One of the princes emerges soundlessly, piles the food on a tray, and “invisibly” tiptoes back into the room. An hour later, as I go in to give them “the look”, much more expressive now, they nonchalantly state that since it’s the weekend they’ve earned the right to unwind all the pressure and hard work they’ve been through the entire five days of the week. They will just spend the night there, and before I get up the next morning the “bed” would be back to where it belongs, I am promised. I inhale deeply, and exhale elaborately; give an oxymoronic frustrated-condescending look, and leave.

It’s Saturday afternoon, and the boys are blissfully snoring after an exhausting night of wars and horror movies. There have been several additions to the bed and premises with more cutlery, crockery, mugs and glasses, along with several empty packets/wrappers, cold-drink bottles and cans. The cushions and furniture have been pushed away at painful and impossible angles. I open the door several times, harking them in gentle, loving tones to get up and enjoy some day time of their holiday. These are invariably responded to in grumpy grumbles of, “We slept at 7:00, let us sleep some more; afterall, it’s our holiday!” By 4:00pm, my patience gives way and I pull away their sheets, switch off the AC and fans, roll up the blinds and leaving the door ajar, ask Alexa to play “Gayatri Mantra” at top volume, The Lords emerge from the male boudoir, looking daggers at the audacious infiltrator. My unflinching, piercing, staring look relays the warning signals, and they go to the washrooms muttering under their breaths. After some time, they are back with the sincerest of promises to restore the living room to its original state, while putting on the beguiling charm unwinding. Since, the day’s almost done, I relent, giving the deadline of 11:00 am on Sunday, to clear up the mess created by them. 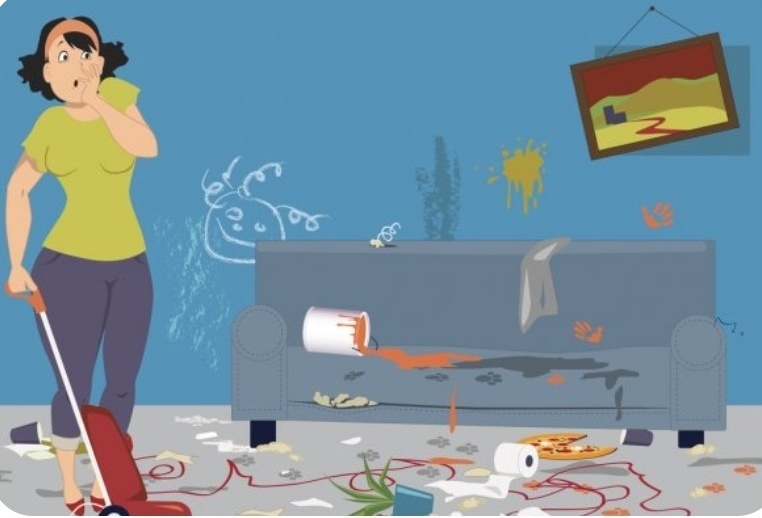 It is 4:00 pm again, and now I’m done! After tugging at their adamant limbs and cajoling/threatening them umpteen times, I pick up their precious, beloved jeans and shoes, and throw them off the back balcony and on the back lane, promising that they will NOT get a replacement for the same from me. Immediately, the lethargy and procrastination vanishes, the room tidied up, the castaways retrieved and put in the washing machine. Both are energized and full of charms, hanging around me asking to be forgiven amidst hugs and kisses. And, I melt again, only to be ready for another such episode within a few months.

I am, afterall, Mother Nature. I groan and punish when my kids (the humans) are atrociously irresponsible, despite my milder warnings. But, my innate emotion is to nurture and love.Similarly, Nature keeps warning us of the impending destruction we are bringing upon us by flaunting the ecological balance. Nature is magnanimously bountiful, we just need to recognize when our mischief is too much; remember not to traumatize it so much that it is forced to unleash the lava of destruction, to restore balance. 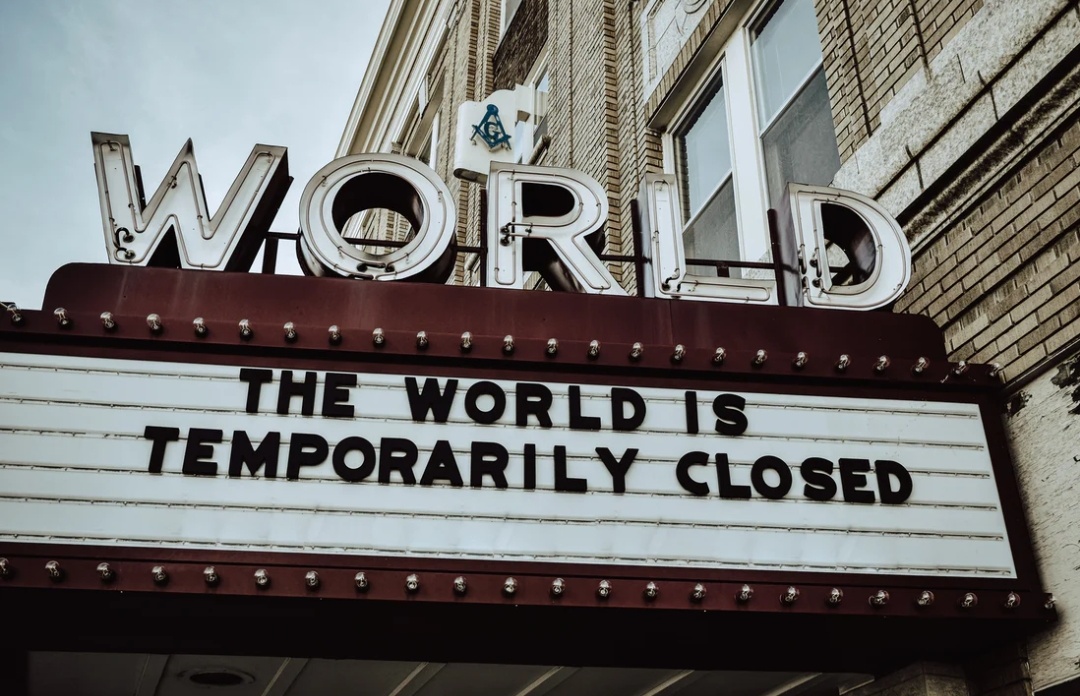 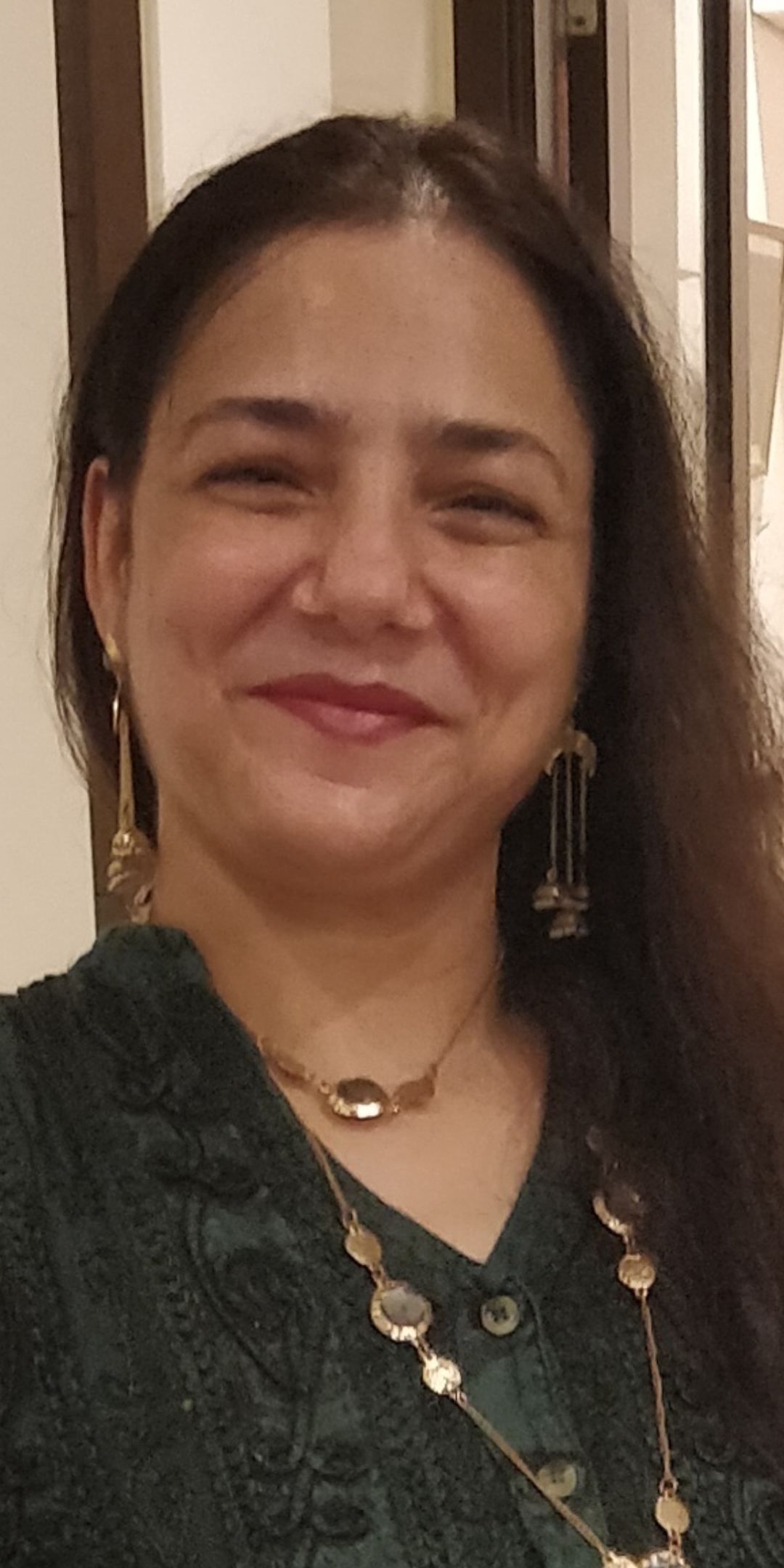 She finds infinite joy in connecting with people rich in Emotional Intelligence. Her Life Purpose is to help others get unstuck and sail forth on this glorious adventure, called Life.

My Mission and Vision:

Natural Neelima is a moniker I have earned from those I have coached and mentored. The inherent empathy coupled with my deep studies into human mind at its conscious and subconscious levels, have been strong catalysts in fuelling my passion to support those stuck in their lives.

I gently, but surely, guide my clients on the exciting journey of Self Discovery. They identify the deep values that drive their every thought, action, and reaction. They learn to candidly recognise their strengths and areas of improvement, which guide them in making informed and structured decisions. This, added to several other stunning discoveries, helps them convert their seemingly unachievable dreams into tangible reality.

When the vision is clear, the mission and the path to it, are clearly visible. I guide you dive deep within and ferret out the solutions yourself. These include getting clarity on any area of life that boggles you, be it relationships, career, or self.  When you discover the required solutions, I make sure you work on them and find your nirvana.

Essence of Qatar Photography Contest How to Par