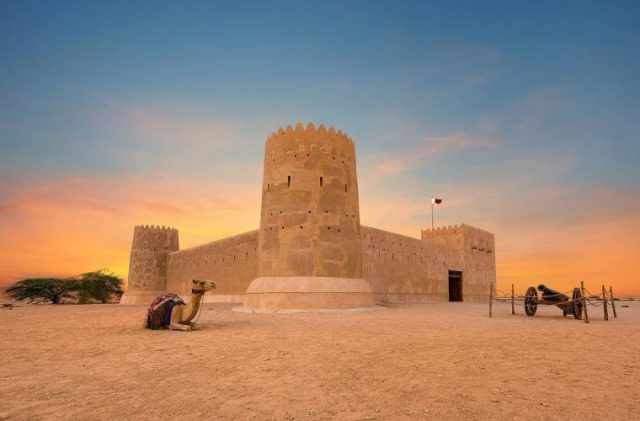 THE FOUNDER AND THE BALKAN WARS

It goes without saying that the political changes that took place in the capital of the Ottoman Empire during the early years of the twentieth century and before World War I, including the proclamation of the Constitutional Regime in 1908, deposing of The Sultan Abdülhamid II in 1909, taking over of power by the Committee of Union and Progress, the Italian occupation of Libya and thereafter the Balkan wars, had huge repercussions on the Ottoman Arab States. In this regard, the stance taken by Sheikh Jassim bin Mohammed Al Thani concerning the Balkan wars was based on direct participation and contribution by way of supporting the war subsidies campaign in favor of the Ottoman Empire. Sheikh Jassim responded to the invitation of Mr. Taleb Alnaqeep – the envoy of Basra State to Ottoman Council and the Principal of the Military Subsidies Commission in Basra during the Balkan wars – by donating 25 thousand rupees, equivalent to 1832 Ottoman liras in support of the Ottoman war effort.

In this regard, Sheikh Jassim sent a brief cable on 10 March 1913 to the Ottoman Interior Ministry, in which he indicated his financial support to the Ottoman State in its war against the Balkan countries, which reads: “Based on the request made by Mr. Taleb, principal of Military Subsidies Commission in Basra, we hereby donate one thousand and thirty-two Ottoman liras. Please advise the Islamic Caliphate on the same”.

In his turn, Mr. Taleb Alnaqeep sent a telegraph in Turkish language at the same date to the Ottoman Interior Ministry confirming the stance taken by Sheikh Jassim and the people of Qatar concerning raising military subsidies, and requesting the Interior Ministry to take the necessary measures as to see to the issue of the appropriate appreciation by the Sultan in favor of Sheikh Jassim to honor his stance and contribution in this area.

Perhaps, one of the most important outcomes of the Balkan wars in the Gulf region in general and in Qatar in particular, is that the Ottoman Empire was compelled to settle pending political disagreements with Britain in the Gulf of Basra and to see to relinquish its sovereignty over Qatar and Kuwait by signing London Convention on July 29, 1913, at a time upon which the Ottoman Empire was involved in the Balkan wars and under such conditions whereby Qatar and the Gulf region were witnessing the climax of political rivalry between Britain and the Ottoman Empire.

Although the Ottoman State pledged to withdraw from Qatar according to the above-mentioned Convention, they were able to make Britain agree to continue keeping Qatar under the management of Sheikh Jassim bin Mohammed Al Thani and his sons thereafter.

In conclusion, as far as the personality of Sheikh Jassim bin Mohammed Al Thani and his stances towards events are concerned, it can be said that historians may differ in their analysis of the stances taken by Sheikh Jassim throughout his lifetime in terms of military and political changes that took place in Qatar and the region, which is attributable to the different references used by historians as well as their cultural and intellectual backgrounds.

However, all historians concur that Sheikh Jassim is a Qatari powerful historical leader by whom a great attention was given to Islamic cohesion, and that he played influential role in the events of his time either at the local or regional levels as well as in terms of the decisions made by the great powers which had direct connections with Qatar and the region during his reign.