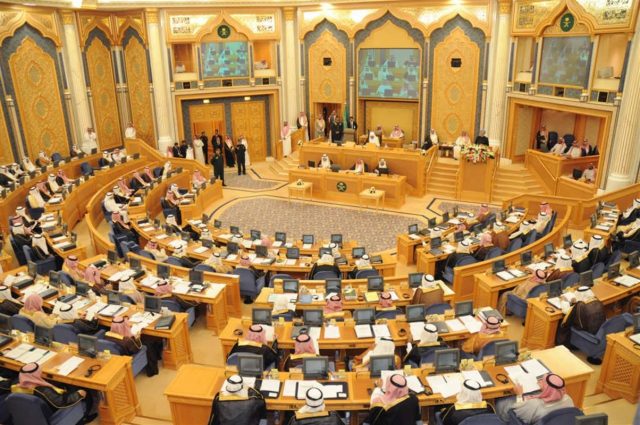 It is an established practice to consider the Legislative Power, in any modern political system, as a constituent and one of the three main pillars of any system of rule.

The Shura Council of the State of Qatar, is one of the two main branches of Qatar’s legislative body. The laws to have effect, they shall be presented before the Shura Council, for consideration and suggestions. The other organ, is the Cabinet, which proposes bills, prepares draft laws and refers them to the Council, for due consideration and recommendations thereafter.

The State of Qatar is one of the pioneering Arab countries, that based their Legislative Power on the Islamic “Shura”, i.e. a consultation system, which draws its principles from the sublime Islamic ‘Shariat” i.e. Islamic code of law and conduct.

Through the power entitled to it, the Shura Council practices its power by either approving, accepting or even rejecting the draft bills and other matters presented to the Shura Council. In addition, the Shura Council may propose and consider by itself issues that of public concern, including inviting ministers and the government officials to discuss such matters with them.

The Shura Council was established in 1972

The Amended Provisional Basic Law of Rule in the State of Qatar was passed on April 19th 1972, in order to organize the public powers of the modern state including the Shura Council

It consists of the following technical sections:

Speakership of the council

The Shura Council shall have a Speaker, a Deputy Speaker and two or more rapporteurs as required, who shall be elected through secret balloting, according to the proportional majority, at the first meeting of each annual ordinary session of the Council.

The Council’s Bureau is composed of the Speaker, the Deputy Speaker and two, or more rapporteurs, as may be required by the Council. However, since its inceptions, it has been a practice in the Council to elect, only two rapporteurs, by a secret balloting on the base of proportional majority, the tenure of the two rapporteurs lasts to the end of the preceding day, to the inaugural meeting of the next annual session. However, they may be reelected for next sessions of the Council.

The Shura Council forms, from among its members, within the first week of its annual ordinary session, the following Standing Committees:

Responsibilities of the Council

The Shura Council is entitled to practice, discuss and propose number of issues, notably the following responsibilities:

The Information and Cultural Affairs Committee

The Information and Cultural Affairs Committee

The Economic and the Financial Affairs Committee

The Economic and the Financial Affairs Committee

The Internal and External Affairs Committee

The Internal and External Affairs Committee

The Legal and Legislative Affairs Committee

The Legal and Legislative Affairs Committee

The Services and the Public Utilities Committee

The Services and the Public Utilities Committee

The Council assumes the following functions in accordance with the Constitution:

The Shura Council comprises a total of 45 members, 30 of whom are directly elected via secret general ballot, whilst the remaining 15 are appointed by HH the Amir from a pool of ministers or otherwise. The terms of service of the appointed members end with either their resignation or dismissal.

In accordance with Amiri Decree No. 37 of 2021, the country will be divided into 30 electoral districts, each of which will elect one representative. 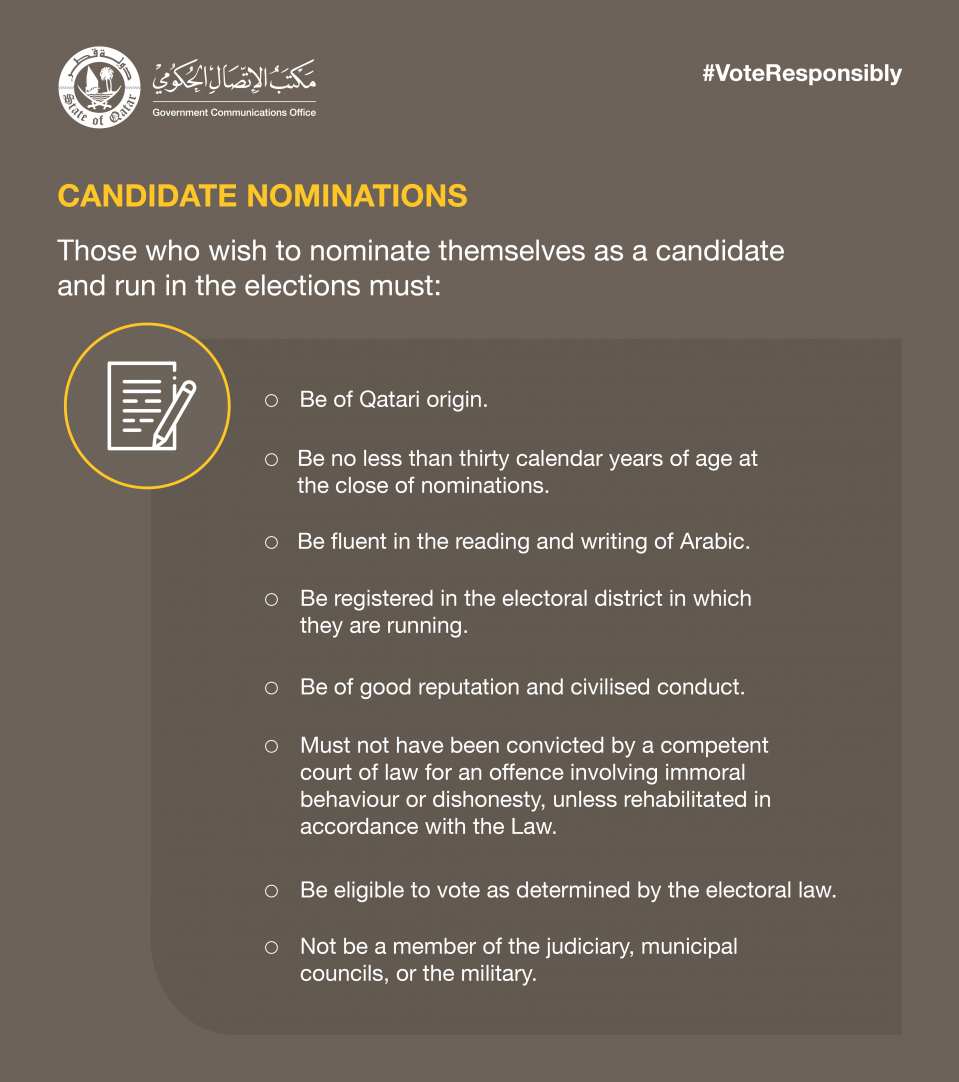 Election campaigning to begin following the announcement of the final lists of candidates. Campaigns must end 24 hours before the start of the voting process, the date of which will be determined at a later date following an Amiri decree.

The maximum expenditure of each candidate during their electoral campaign must not exceed two million Qatari riyals.

During the campaign, candidates must respect the constitution and the freedom of others to express their opinion. They must maintain national unity and community safety, and must not offend any other candidate. Candidates cannot incite tribal or sectarian strife among citizens and society in any way.

In realisation of the vision of HH the Amir, as announced in his speech at the opening of the 49th session of the Shura Council in 2020, the first legislative elections to pick members of the elected Shura Council took place on Saturday, 2 October 2021.

The voting process began at 8:00 am and continued until 6:00 pm. Qatari citizens were keen to show the spirit of responsible citizenship and fulfil the national duty of effective participation in this historic event, with 63.5% of the total registered voters casting their votes.

The results of the first Shura Council elections as approved by the elections committees are as follows:

The names of those appointed to the Shura Council by HH the Amir are as follows: