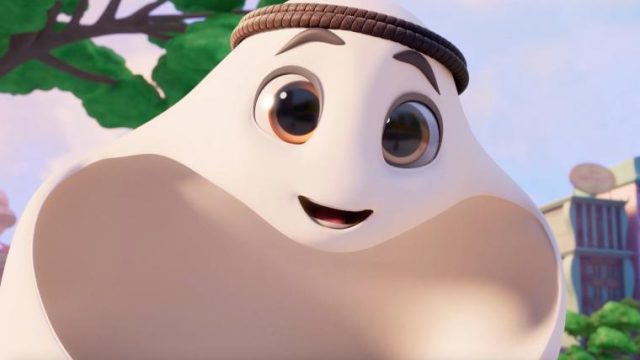 The groups were not the only thing revealed at the 2022 FIFA World Cup Draw on April 1 in Doha, Qatar. Fans also got a first-time listen to the official anthem of the tournament, and there was the reveal of the mascot, which is a tradition for every FIFA World Cup.

The unveil happened before the World Cup draw with an animated video telling its story to the millions watching around the world. The mascot’s name is La’eeb and it was depicted flying in the air as part of the video explaining its story. 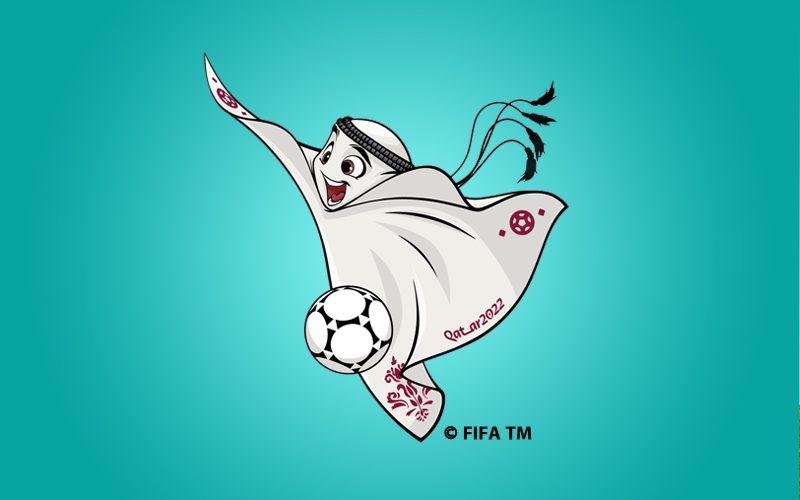 The character, which follows in the footsteps of Zabivaka (2018), Fuleco (2014), and Zakumi (2010), is set to be unleashed in the coming weeks and months across a variety of platforms via downloadable stickers, GIFs, screensavers and filters.

The debut of La’eeb at the draw had fans talking, with many posing similar questions: What is it exactly? What is the meaning behind it? It turns out that much of that is left open to interpretation. Below we explain what FIFA and the designers had in mind through the creation of La’eeb.

He’s come from the mascot-verse full of energy and is ready to bring the joy of football to everyone!

What at first glance has the appearance of a gutra, a cloth headdress worn in Qatar, the mascot is not meant to have a fixed anthropomorphic identity, according to the marketing team that created it.

“La’eeb is a fun and mischievous character who comes from the mascot-verse, a parallel world where all tournament mascots live,” read the language published by FIFA. “La’eeb can be a figment of your imagination. He is whoever a football fan wants him to be.”

For a mascot meant to be figment of someone’s imagination, there are many adjectives used to describe the mascot, including “courageous”, “uplifting”, “fun”, “playful”, “mischievous”, “youthful”, and an “adventurous spirit.”

They also go out of their way to describe this “mascot-verse” from which La’eeb apparently hails where mascots have apparently been trying to communicate with humans for centuries.

“A parallel world where tournament mascots live,” read the language. “It is a world where ideas and creativity form the basis of characters that live in the minds of everyone.”

The announcement, which repeatedly touched on imagination, contained fantastical level of details, like La’eeb having “attended every previous FIFA World Cup tournament” and that he “contributed to some of the most famous moments in football history, including a number of iconic goals.”

In fact, in the introductory video La’eeb is not shy about claiming credit for Maradona’s infamous “Hand of God” goal, as well as Robin van Persie’s long-range diving header against Spain in World Cup 2014.

While La’eeb’s gender hasn’t been explicitly stated, FIFA describe him using male pronouns. Whatever it is meant to be, La’eeb’s goal is clearly to bring positive vibes with the motto “Now is All”.

As described above the World Cup 2022 mascot is named La’eeb, which FIFA explain is “an Arabic word meaning super-skilled player.”

The presence of the apostrophe in the middle of the word is common when translating Arabic into the Roman alphabet. Apostrophes are used to indicate glottal stops, a sound which is produced by obstructing airflow through the glottis.

This is common in Arabic, which is why it is marked with an apostrophe when translated. However, because glottal stops aren’t typically marked in English, you will also see the apostrophe dropped, and La’eeb referred to as Laeeb. 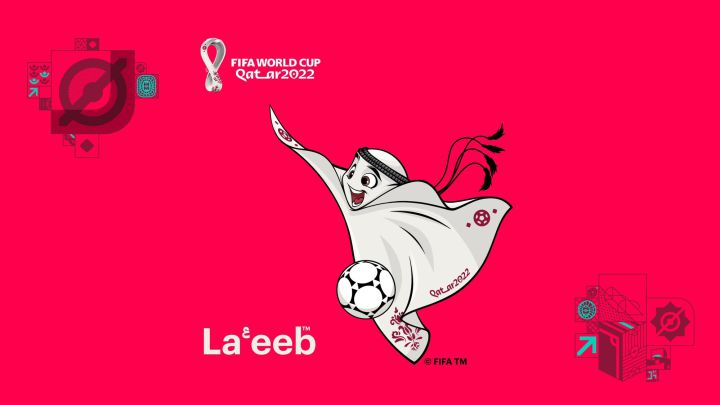