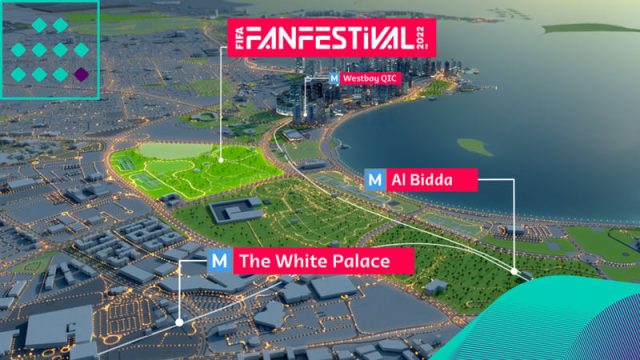 Head to Al Bidda Park in the heart of Doha, next to The Corniche. See global music acts and local artists take to the stage in a true celebration and vibrant festival of culture – from 19 November to 18 December.

Your FIFA Fan Festival™ has so much more… all set across three incredible zones:

There are multiple public transport options for fans to travel to the FIFA Fan Festival™.

Fans can also hop on the Shuttle Bus Loop or a Stadium Express Bus, Park & Ride and be dropped off at designated locations for taxi, Uber and Careem.

To attend the FIFA Fan Festival™ all fans must show a Hayya Card on entry.

Want more football? Check out the Fans’ Cup. A 6-a-side football competition that mirrors the tournament schedule – taking place at the Adidas Stadium.

There are also a host of official partner activations: family-friendly areas offering great games and must-have giveaways. The Hyundai Museum is sure to drive your interest. Need an adrenaline fix? Then fly along Qatar Airways zip line. Put your skills to the test at QNB’s dynamic football area. Connect with Coca Cola, and many more!

Why not try unique global and local eats, pick up Official FIFA merchandise, or when you feel the need to relax – the QMA Dadu gardens are the place to be.

Whatever you do, don’t miss the Education Above All pavilion. Here, you can explore Qatar’s involvement in climate, sustainability, equality, anti-poverty, and economic growth programs – showcasing the country’s vision for a better world for all.

Headline artists are now being announced! This fantastic artist line-up keeps growing, so check back for more!

He started his music career doing underground collaborations and signed a record deal with K-Solo’s Igberaga Records in 2010, releasing “Up in D Club” under the outfit. Patoranking became a protégé of Dem Mama Records after collaborating with Timaya on his song “Alubarika”. In February 2014, he signed a record deal with Foston Musik and released “Girlie O”, a single that put him in the limelight. On 9 February 2015, Patoranking announced on Instagram that he signed a distribution deal with VP Records.

On 28 September 2020, Patoranking released a song titled Abule which he released ahead of his album scheduled to be released later in 2020. He said in 2020 that he got inspiration for the song while playing football. Patoranking today is one of the most influential African musicians and one of the most sought after Dancehall acts with an explosive live show. 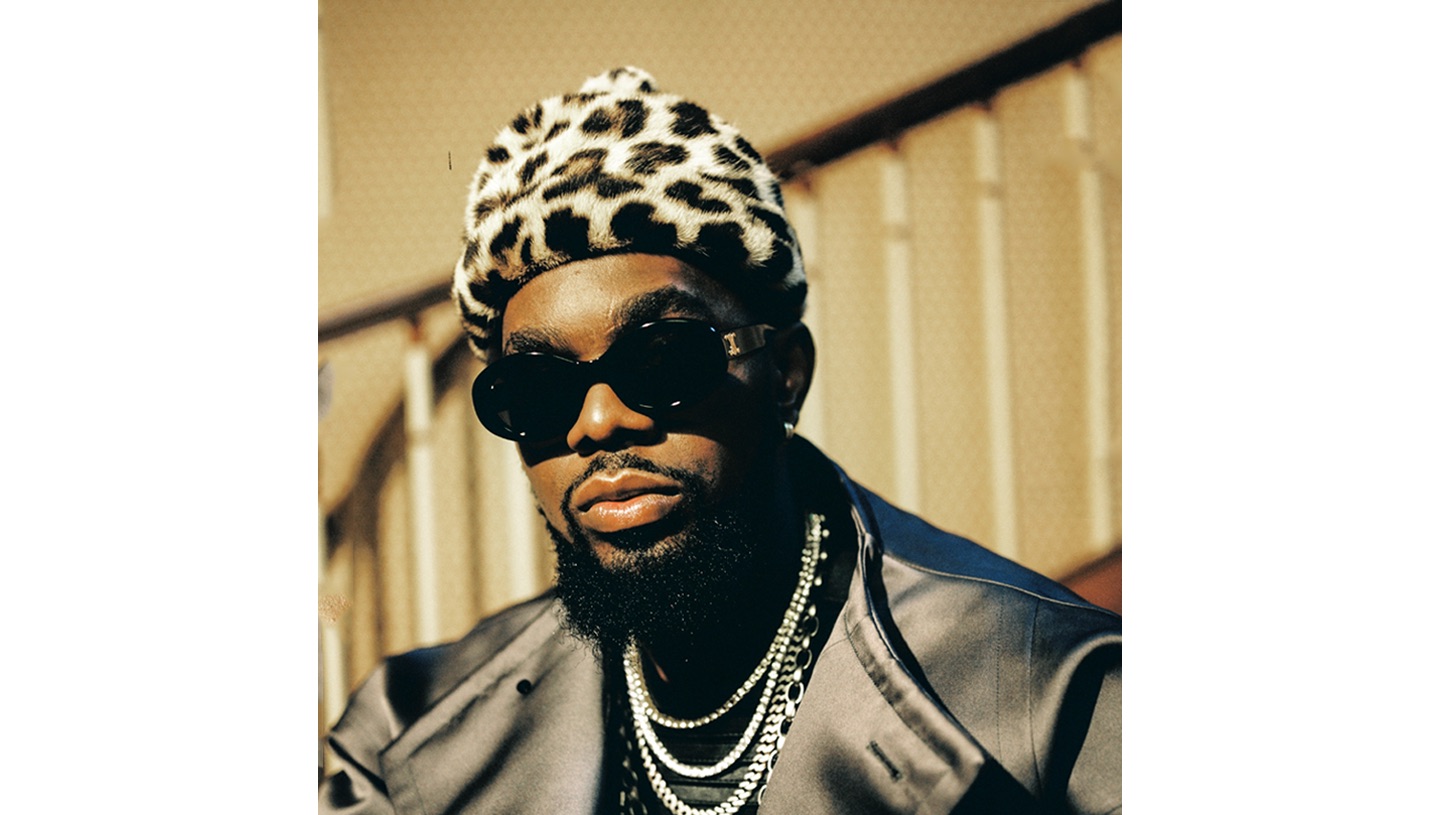 Omar Ismael Montes Moreno is a Spanish singer and media personality, who has achieved great success all over the Spanish music scene with his songs ‘Alocao’, ‘Solo’ and ‘La Rubia (Remix 2)’, achieving several platinum and gold record certifications throughout his career.

He is also known for his appearances on reality TV shows, such as ‘Mujeres y Hombres y Viceversa’, ‘Gran Hermano VIP’ and ‘Supervivientes’, as well as for his relationship with Isa Pantoja, the daughter of one of the most famous female singers in Spain, Isabel Pantoja.

More recently, he debuted as a runway model for the Mercedes-Benz Fashion Week in Madrid in September, working with fashion designer Ágatha Ruiz de la Prada. 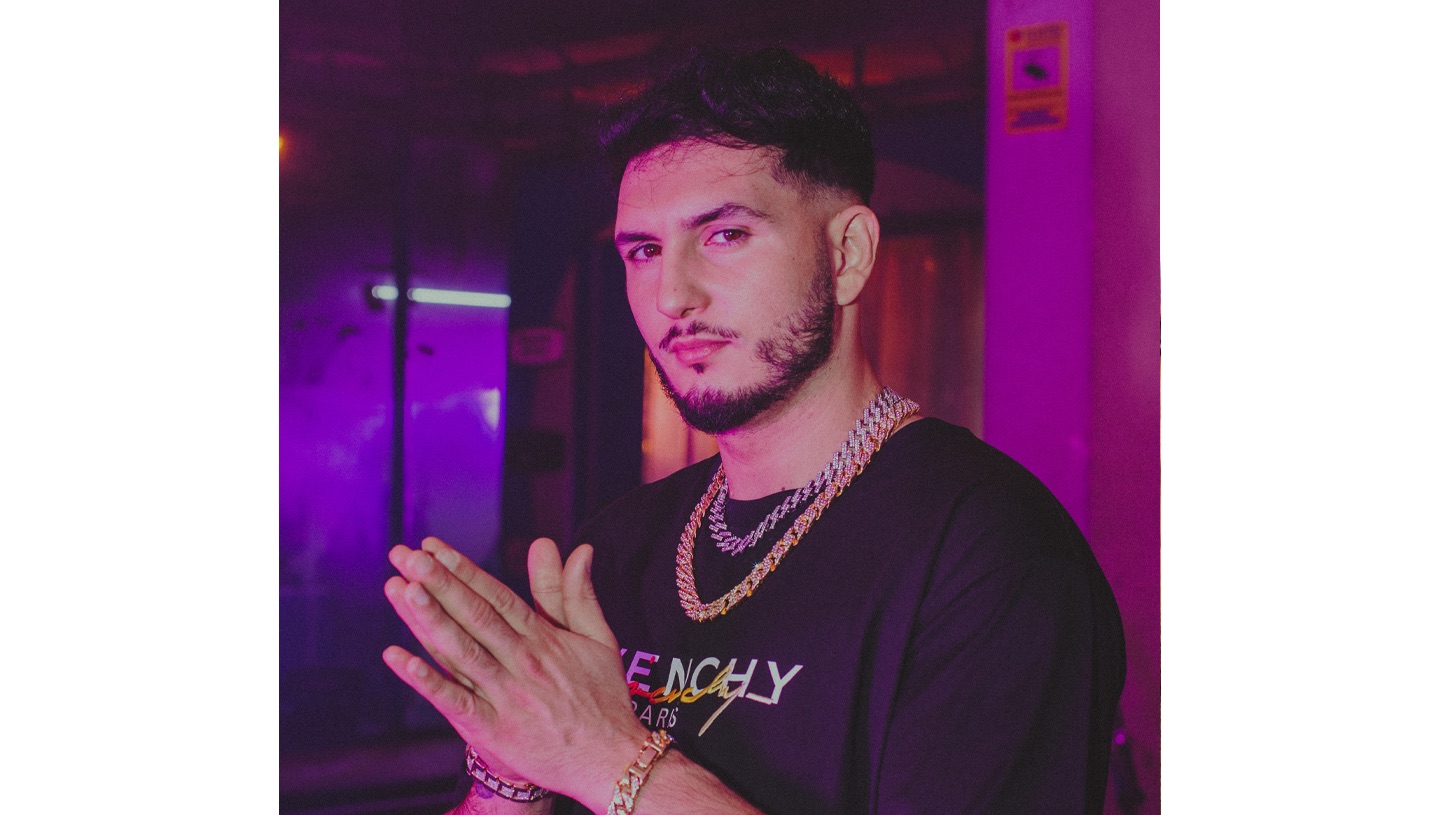 DJ Aseel is a Dubai based Arabic music DJ. Aseel has been building up his music career since his teens, exploring the various types of music around the world. Today he is one of the most decorated DJs in the Emirates.

DJ Aseel started his career in 2007 with a dream of witnessing the Arabic revolution of music. After seeing DJ giants like Tiësto break into the market, he wished to begin a movement that could see Arab DJs having the same type of success. Today DJ Aseel has had residencies in places like the Atlantis Hotel in Dubai, the Cash Club and the H Hotel. DJ Aseel is quickly becoming a personality in Dubai, and beyond, something he believes can propel Arab music forward.

The customs and traditions of Arab music have always intrigued audiences and DJ Aseel hopes to integrate them into his music. Besides sampling various tracks, DJ Aseel incorporates elements of traditional Arabian music into his mixes, giving the music a unique flavour. 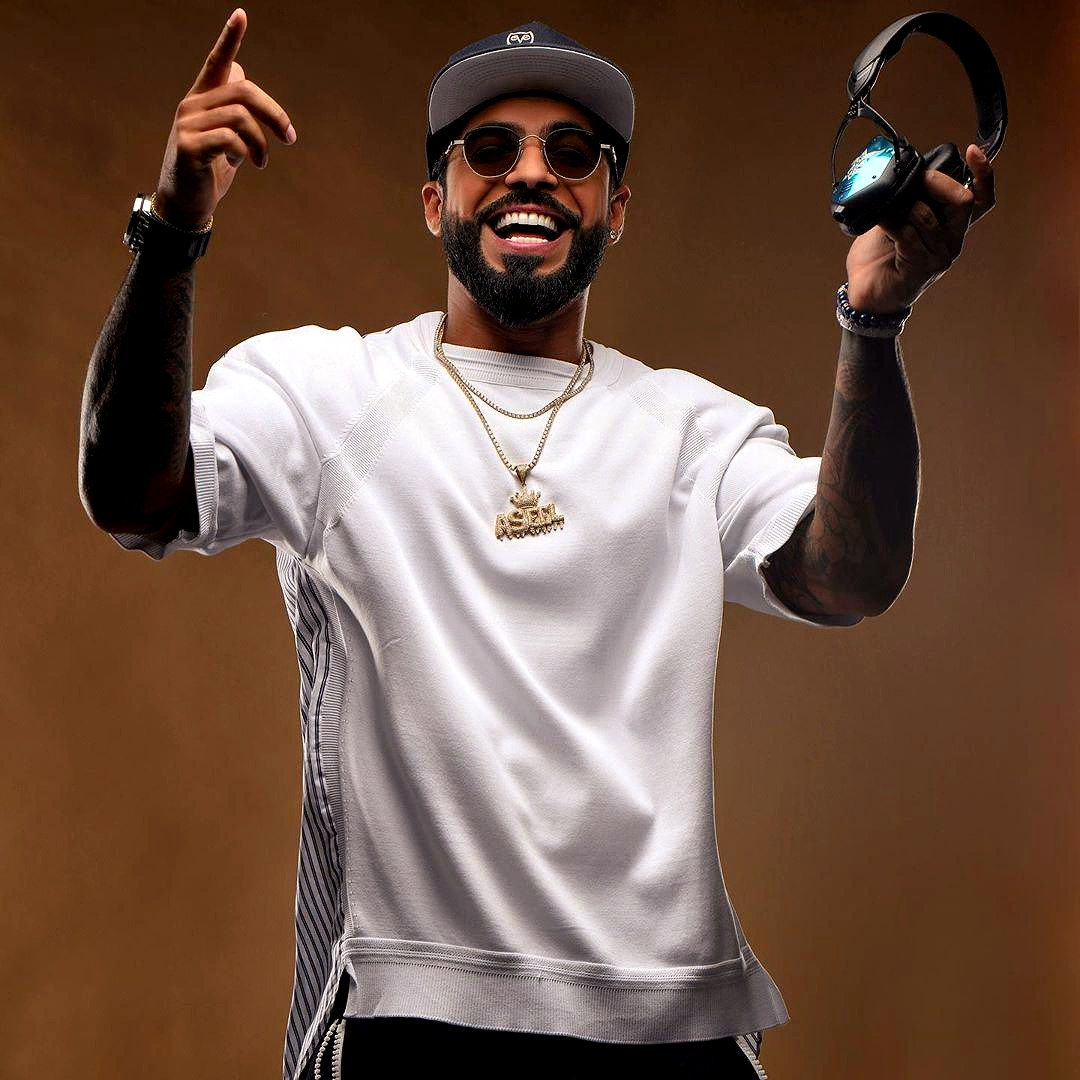 Born in the Congo, Gims moved to France with his family when he was 2 years old. The MC grew up surrounded by music as he is the son of vocalist Djuna Djanana. His first solo single was released in 2006, yet several years passed before he was able to concentrate on his own work.

In May 2013, he released his first solo album ‘Subliminal’ which was aided by the chart-topping success of the single ‘J’me Tire’. The set narrowly missed the top spot on France’s official SNEP album chart. That all changed with the arrival of the second album, the platinum-selling double-LP ‘Mon coeur avait raison’, reaching number one in both France and Belgium.

2018’s ‘Ceinture noire’ was also a success and featured guest spots from a host of artists including Lil Wayne, Sofiane, and Vianney. ‘Transcendence’ – a reissued and reworked version of the album – arrived the following year and featured contributions from Maluma and J Balvin, Dadju, Vitaa and Sting. 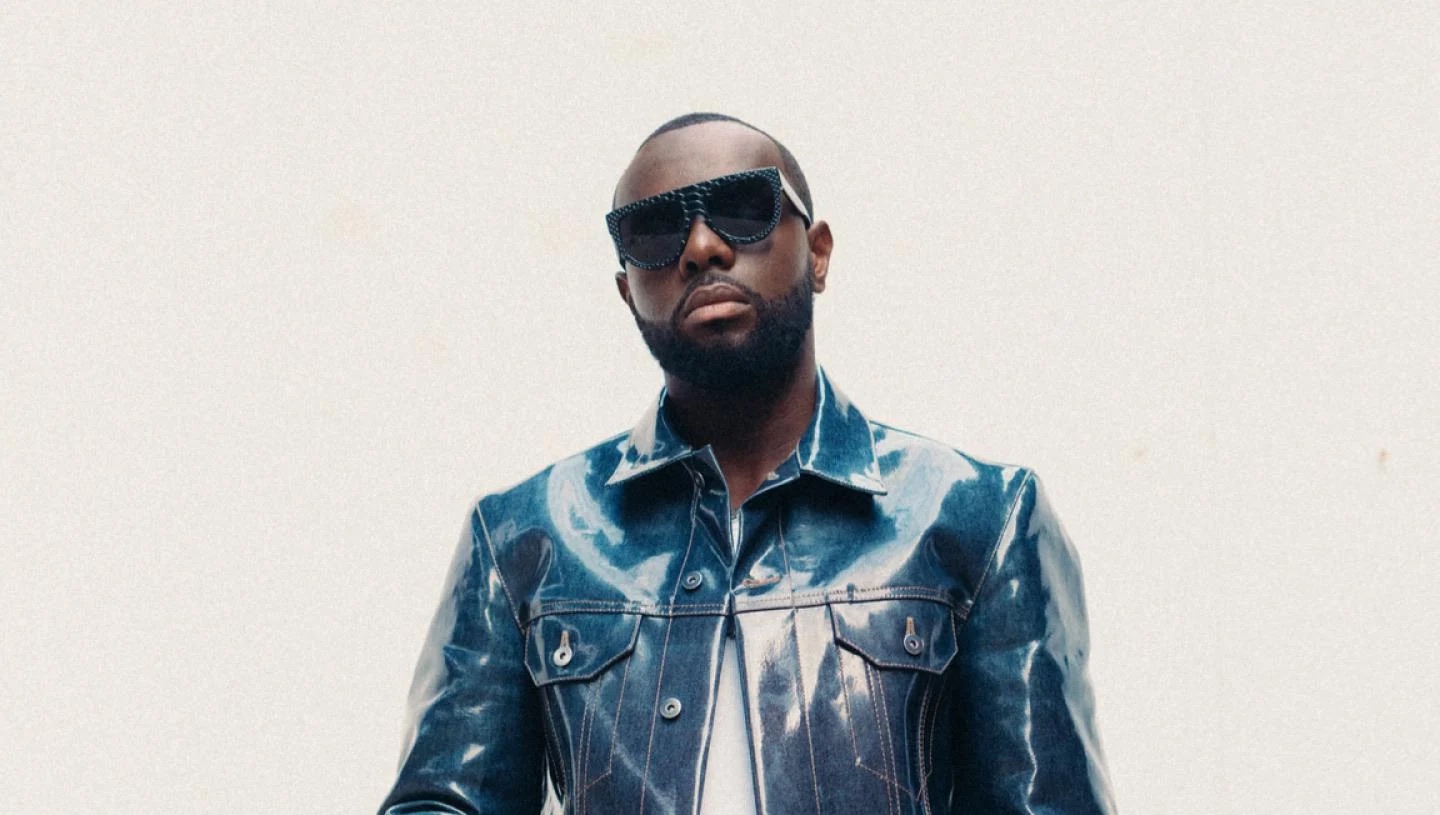 Miami Band are a Khaliji style band from Kuwait, known for their fast and frantic style. The band’s beginning dates back to 1986 when the band had not released any albums yet.

Being amongst the best live bands in the Gulf region, Miami Band’s shows are wild music performances with a lot of movement and power. 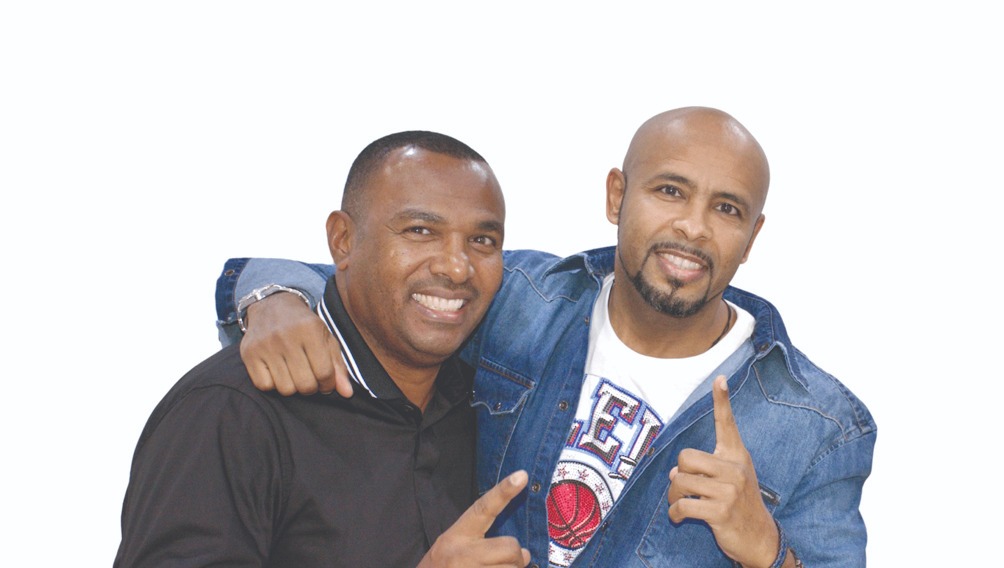 Julian Marley and The Uprising

Born in London, England on June 4, 1975, Julian Marley is the son of reggae legend Bob Marley and Barbados-born Lucy Pounder. Growing up as a youth in a musical atmosphere, the Grammy Award Nominated roots-reggae musician, singer-songwriter, producer and humanitarian quickly adopted a musical lifestyle and became a skilful, self-taught musician mastering the bass, drums, guitar and keyboards from an early age.

In 2005, along with the Marley family, Julian embarked on a series of ‘Africa Unite’ performances which began in Ethiopia and included Ghana in 2006 and Jamaica in 2008. At the invitation of the Jamaican government, Julian Marley and The Uprising performed during the 2008 Olympic Games in Beijing, China, and celebrated alongside Jamaica’s gold medal-winning runner, Usain Bolt.

In 2009, Julian Marley’s career rose to new heights with the success of his Grammy Award nominated release entitled ‘Awake’ released on Ghetto Youths/ Universal Music Group. Julian still tours the world and brings his pure Reggae to the people. 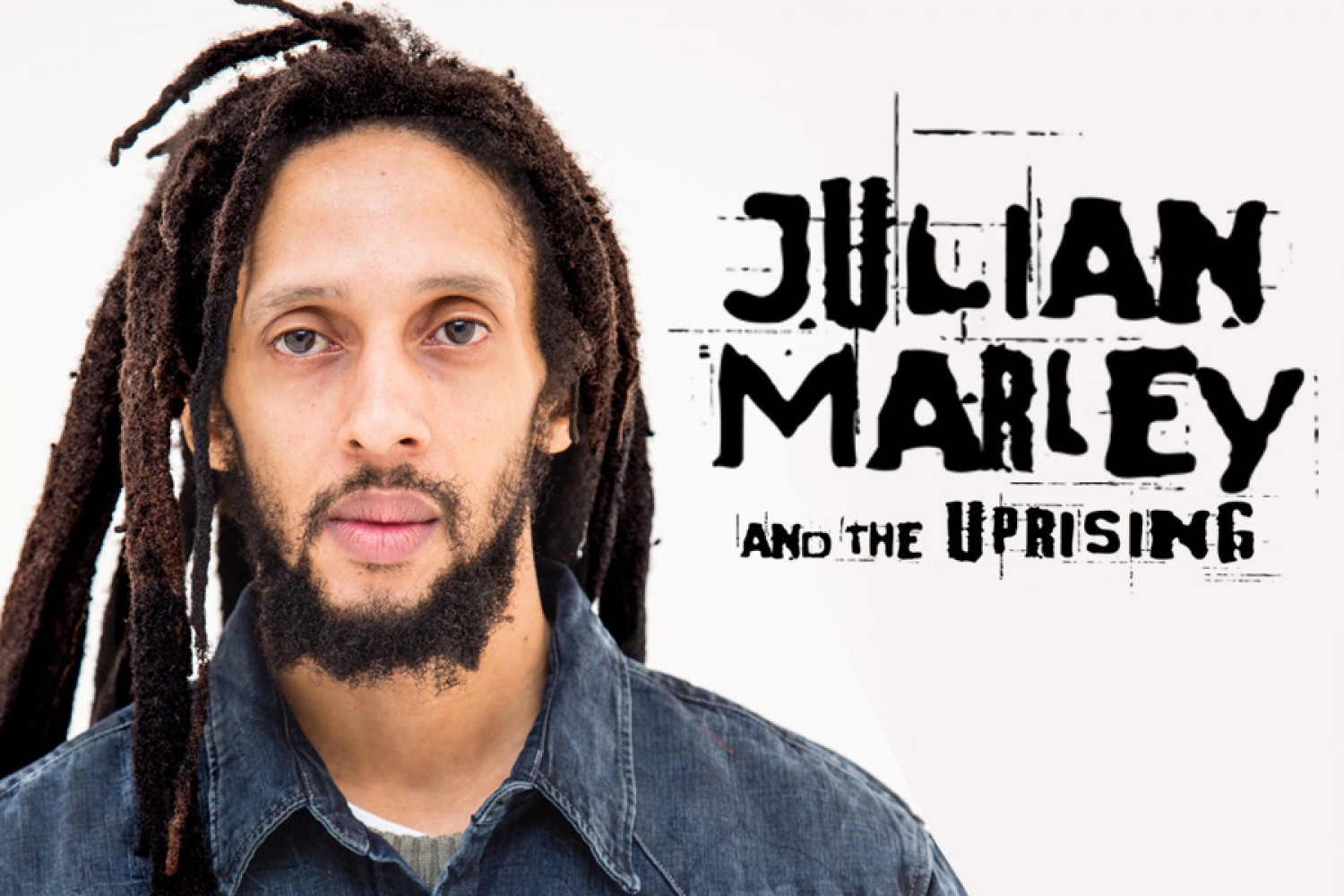 Myrath (Arabic for “Legacy”) is a Tunisian progressive rock band based in France and formed in 2001 by guitarist Malek Ben Arbia. The band has been noted for its mix of Arabic and Middle Eastern instrumentation with power metal and progressive rock, and is considered one of the most renowned bands in oriental rock music.

Myrath call their own sound “blazing desert metal”. Myrath are the first band from Tunisia to be signed to a record label outside the country. In 2017, Myrath performed in their native Tunisia for the first time in three years, with a concert at the historic Theatre of Carthage, which was recorded for an epic live album. 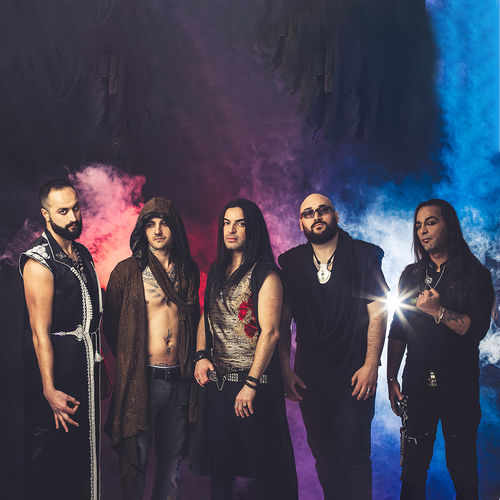 Hassan Shakosh is an Egyptian singer famous for his songs that reflect the uniqueness and aspirations of life in the Arab world, while maintaining an uplifting pop sound. He gained massive popularity for his songs ‘Mahragan Bent El Geran’ and ‘Habibty’.

His followership on social media grew rapidly in the past years – gaining 6 million followers on Facebook – through his massive fan interaction and lifestyle posts. Growing up in Giza, Egypt, Hassan Shakosh found his passion for singing in the streets where he heard a vast variety of sounds and music. The music video for his song ‘Habibty’ reached 100 million views in 2021. 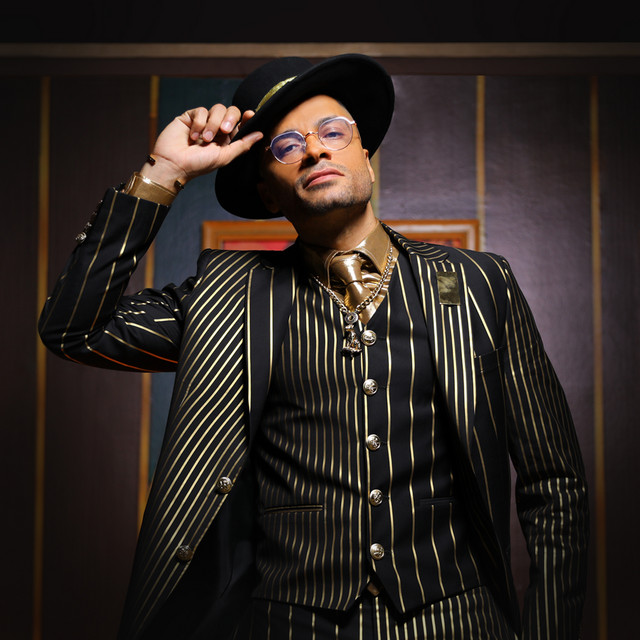 Clean Bandit is an electronic band from the UK. In 2008, Grace Chatto and brothers Jack and Luke Patterson formed the group in Cambridge.

Clean Bandit focuses on different music styles including electropop, dance-pop, classical crossover, and electronic. Most of their hits are a blend of dance and classical music and they are known for mixing classical music with electronic pieces by composers like Shostakovich and Mozart. Clean Bandit have worked with celebrated vocalists on many occasions, which helped push them to stardom. They have collaborated with Jess Glynne, Zara Larsson, Marina, Anne Marie, Demi Lovato, Luis Fonsi, Julia Michaels and Ellie Goulding.

Their debut single ‘A+E’ was rolled out in 2012, which received wide acclaim. The next year ‘Mozart’s House’ secured the 17th spot on the UK Singles Chart. In 2014, Clean Bandit outclassed their previous launches by releasing the chart-topping track ‘Rather Be’ in collaboration with Jess Glynne, which hit the top 10 on the US Billboard Hot 100 chart. 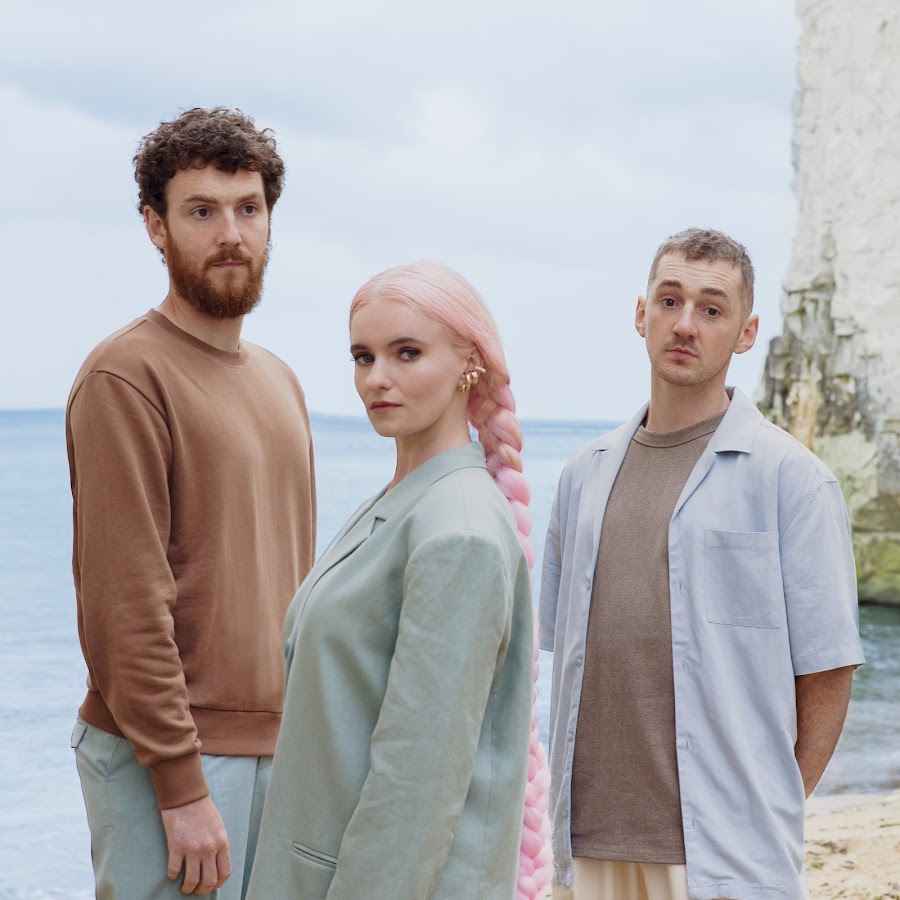 His distinct voice, catchy rhythms and first-class production have been the perfect blend to propel Sean Paul to Grammy Award-winning, international superstardom.

His musical career took off in 2002 with the success of his second studio album ‘Dutty Rock’, which was fuelled by his Billboard Hot 100 chart toppers, ‘Gimmie the Light’ and ‘Get Busy’. Sean Paul has maintained his relevance in the music industry with recent hits such as ‘Cheap Thrills’ with Sia, ‘Rockabye’ with Clean Bandit and Anne-Marie, ‘No Lie’ with Dua Lipa and ‘Body’ with Migos.

He is the only Jamaican artiste to have won an American Music Award (2006) for Favourite Pop/ Rock Male Artiste, as well as the first Jamaican to be featured on the cover of Vibe Magazine. Sean Paul enjoys such accolades but focuses on remaining humble and making his fans proud.

The success of his albums and his affinity for live performances have brought him much fame. In addition to being the first Jamaican artiste to perform in Kazakhstan and Madagascar, the multi-platinum artiste has ignited stages in well over 100 countries, performing for huge audiences in some of the biggest venues around the world. 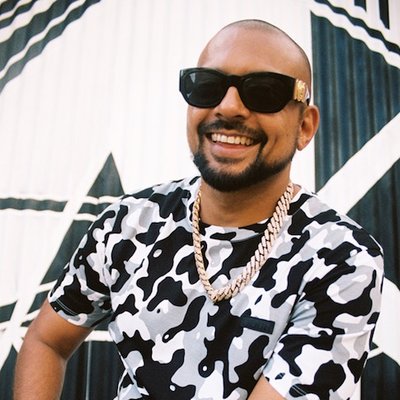