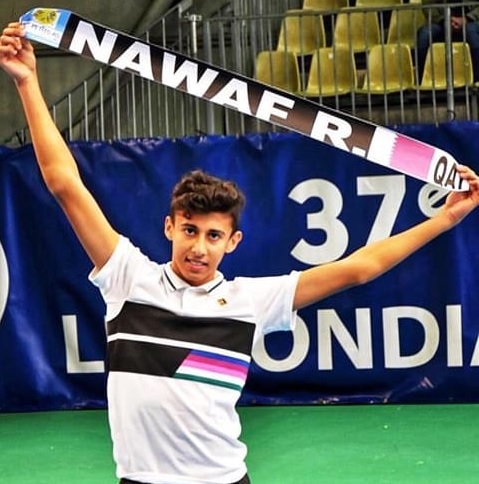 Rashed Nawaf is called to be one of the greatest exponents of the powerful 2005 generation that will speak for itself in a few years. We are going to review the successes of this talented young man of 15 years, who little by little makes a country with a null tennis tradition dream big.

Les Petits As and Orange Bowl 2019 runner-up
He would arrive at Les Petits As , the most important U-14 tournament in Europe, as seed number 11 of the contest. There he would leave names like Alex Coman, or Anthoine Ghibaudo, on the way to meet in the final with the Czech Vojtech Petr. Rashed would become the first Qatari in history to reach the tournament final . In the final he would be defeated 4-6 6-4 and 7-6 (1).

In December, already as champion of Asia in his category, he would reach the prestigious Orange Bowl . It was a favorite (# 3). On his way, he would defeat names such as Lennon Jones, or the Mexican Rodrigo Pacheco Méndez, in order to face each other with the American Nishesh Basavareddy. In the final, he would not have much to face Basavareddy, since Rashed in his semifinal match spent more than 4 hours on the court, and would not come in the best physical shape to the match. Finally he would be defeated 6-4 6-3 against the American.

Kungens Champion Kanna & Drottningens Pris
After reaching the final of Les Petits As, Nawaf would go to the Kungens Kanna & Drottningens Pris, a Super Category tournament, where they give hospitality and transportation to the players, as well as streaming and chair umpire, organized as a professional tournament. There without a doubt, he would win the tournament without giving sets , with a convincing 6-1 6-0 he would defeat the Russian Yaroslav Demin (third favorite) in the final .

His debut at the ATP 250 in Doha
After getting an invitation from the organization of the tournament, Rashed would play the ATP 250 classification of Doha with only 14 years old , a tournament that used to go as a spectator when he was a child. In the draw it would be his turn to face each other with the Brazilian Thiago Monteiro , 82nd ATP. In the game he did not have much to do, and although he would end up losing 6-2 6-0 , all that experience would serve as learning. ” It is a turning point in my career, the fact of being able to play with great tennis players and being surrounded by great stars is a great step for me, ” he would say to the ATP.

He also shared with the Tunisian Malek Jaziri (261 ° ATP) in doubles, where they would fall defeated in the first round against Kontinen and Skugor . 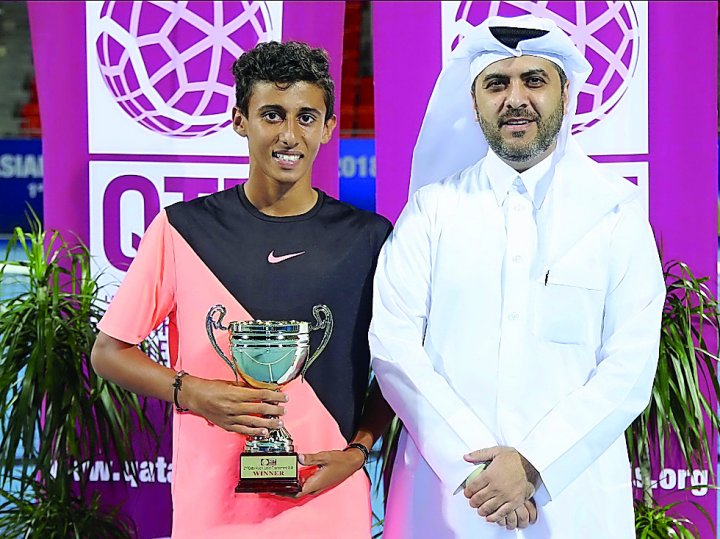 Davis Cup debut
He would make his Davis Cup debut in June 2019 at the age of 14 , in group 3 of Asia / Oceania alongside countries like Sri Lanka, Iran, Syria and Malaysia. Along with his partner Mousa Zayed , in the doubles, he would make his cup debut against Syria, but they would finally fall 6-3 6-3 against the Syrians Al Allaf and Salim. At the moment he has not been able to debut in singles, but there is no doubt that it will be taken into account in the not too distant future. Rashed is called to be the next star of Qatar tennis.

The above article is written by Matias Villalba

Dama – A Traditional Qatari Board Game

Superfood to Eat Your Way to Healthier and Stronger Hair

The crescent moon of Ramadan was seen in multiple locations in Saudi Arabia. 1st day of Ramadan will be on Saturday, 2nd April 2022 ...

Hayya Hayya (Better Together) is the first of a selection of singles to be released from the multi-song FIFA World Cup Qatar 2022™ Official Soundtrack.

The uplifting track, featuring Trinidad Cardona, Davido and Aisha, draws on R&B and reggae influences and will play a central role in tonight’s final draw for the tournament.

FIFA continues to build on the FIFA Sound strategy announced in early 2021 and to connect with audiences worldwide through the shared passions of football and music.

The single is available on multiple platforms and the song’s official video has premiered on FIFA’s YouTube channel.

Here it is! The Official Match Ball for #Qatar2022!

It’s called Al Rihla, which means ‘the journey’ in Arabic, and travels faster in flight than any other ball in tournament history. ...