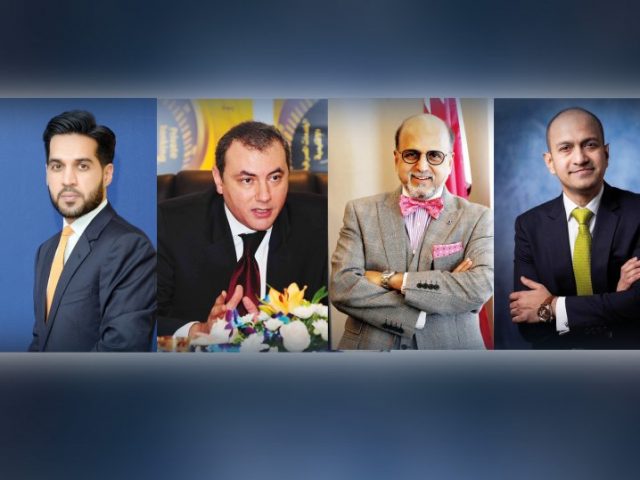 By Satish Kanady I The Peninsula
A day after Qatar’s two Big Banks announced they are in talks for a potential mega merger, Qatar’s top bankers and financial experts said the GCC banking industry would see a flurry of activities in the M&A space in the coming days.

Masraf Al Rayan and Al Khaliji, who announced their potential merger talks, are on right path, they said. The GCC banking industry is already seeing a renewed wave of activities in the M&A space.

Given the size of Qatari market, there is a need for further consolidation in the industry, the industry leaders said. The shares of both Masraf Al Rayan and Al Khaliji surged yesterday.

Masraf Al Rayan jumped 4.97 percent, as Al Khaliji soared 9.95 percent. Participating in a Webinar, hosted by Qatar Stock Exchange (QSE) on “Qatar’s Banking Sector-Looking beyond COVID-19” yesterday, Omar Mahmood, head of Financial Services for KPMG in the Middle East & South Asia, and Partner at KPMG said Qatar banks have been growing at an exponential rate for the past several year. “Yes, we see some challenges recently. It shows the need for bigger banks in the country.”

Omar said when the global banks were facing a trust issue after the 2008-2009 global meltdowns. In 2020, banks are looking as saviors of economy. Omar said the geopolitical issues that Qatar faced since 2017 have helped Qatar’s banking sector to remain resilient and stronger in the face of an adversity.

Sharing his thoughts on the industry challenges, Omar said liquidity, revenue compression and credit quality are some of the major challenges being faced by Qatar’s banking industry.

There is an estimated 35 percent increase in the provisions. Banks are managing it and the regulatory authorities are closely monitoring the banks. Embracing digitization is key for the banks, he said. Bassel Gamal said competition is good for the market.

“Considering the size of the market, we are overbanked. Having strong banks are good for the national economy. “We recently saw the Barwa Bank and ibq merger. The potential merger talks between Masraf Al Rayan and Al Khaliji are a positive thing for the market.” Gamal noted that “the way we are doing business is changing. There is a change in consumer behavior. Digital banking is going to be an important model in the industry”, he said.

He said Qatar banks are quite liquid. Both Qatar Central Bank and the government are supporting local economy, which would certainly absorb any possible shock. With a high GDP per capita, lowest breakeven oil price among energy exporters, strong sovereign net foreign asset position, Qatari economy is one of the solid economies in the region. The government’s ongoing diversification and self sufficiency program will further support the growth.

“Supported by the government’s stimulus program and QCB action, banks in Qatar are acting as key enablers for the successful restart of the economy,” the QIB Group CEO added.

Summing up the discussion Mohsin Mujtaba said : “Resilience, transformation and value creation will be the key words for Qatar’s banking industry, going forward.”

“As we start to open up the restaurants, malls, beaches and parks, I want to congratulate the authorities on successfully flattening the curve for COVID-19 cases. One curve that didn’t flatten was that of the QE Index which has continued to rise since WHO declared the pandemic. QSE is well regarded as a defensive and resilient market by portfolio investors that has consistently offered high dividends over that last decade. Banking sector has been a key driver of growth over the last decade. Going forward as we look beyond COVID-19, digital transformation and ESG adoption will be key strategy components for banks to deliver growth, optimize cost and improve risk management,”Mohsin added