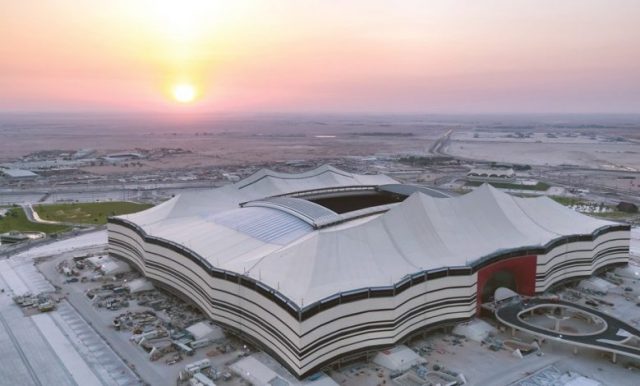 Four matches a day throughout the group stage ensures optimal rest time for the teams.

Qatar’s unique footprint allows later assignment of group matches for the benefit and comfort of fans.

The iconic image of FIFA World Cup champions France lifting the trophy at Luzhniki Stadium is still fresh in the memory of every football fan. Exactly two years after that historic occasion on 15 July 2018, the unveiling of the match schedule for the next edition invites the football world to dream of a new beginning – one that, now, has a precise time and place to start.

Al Bayt Stadium, a 60,000-capacity arena that takes its name and shape from the traditional tents used by nomadic peoples in the Gulf region, will be the stage for hosts Qatar to kick off the tournament on Monday 21 November 2022 at 13:00 local time* (11:00 CET). The local kick-off times for group matches have been set for 13:00, 16:00, 19:00 and 22:00, with the simultaneous kick-offs for the last round of group games and knockout-stage timings being 18:00 and 22:00. Khalifa International Stadium will be the setting for the play-off for third place on 17 December. The final will kick off one day later at 18:00 at Lusail Stadium in front of an 80,000 crowd.

With the aim of providing all teams with optimal rest between their matches, the group stage will last 12 days and, with four matches per day, it promises a full and exciting schedule for fans. The tournament’s compact nature – with no air travel needed to move between the venues – will allow organisers, for the first time, to optimise specific match demands for the benefit and comfort of fans, teams and media. 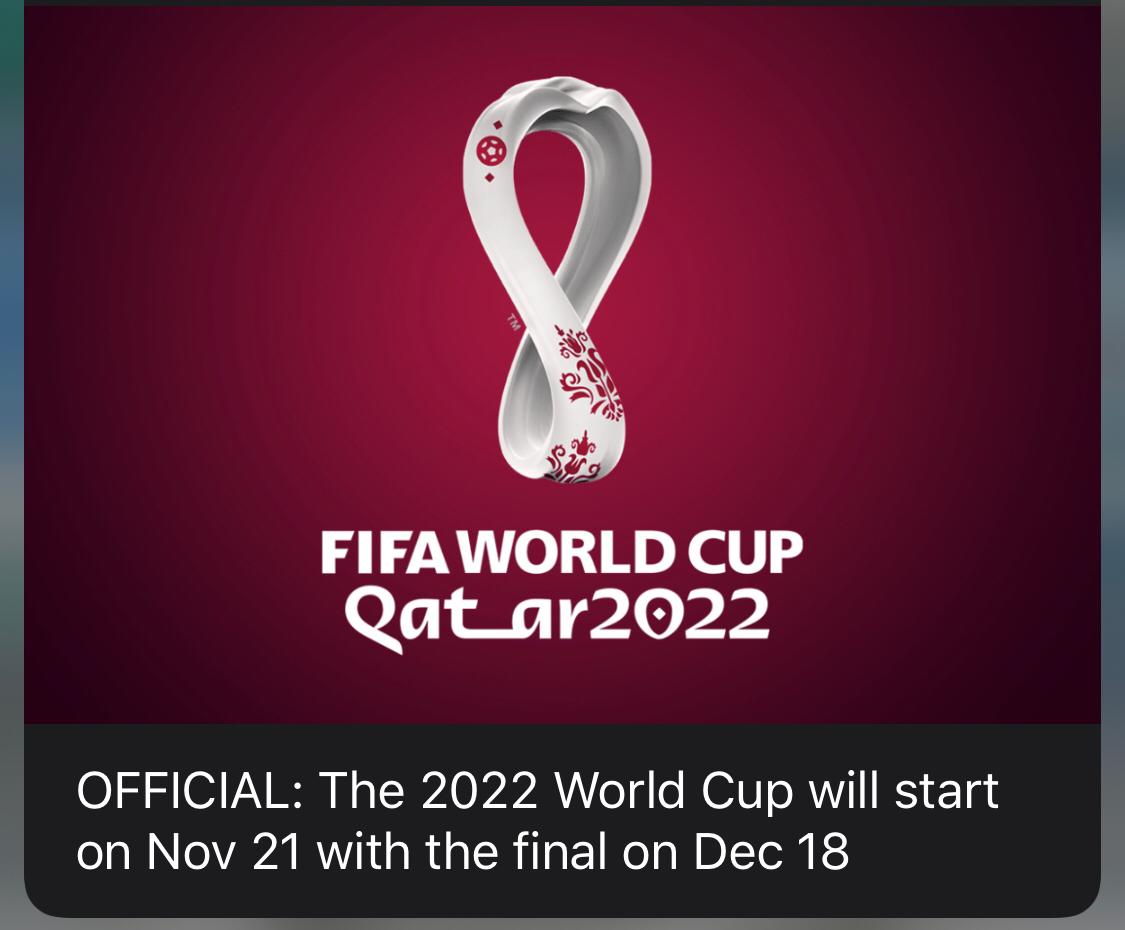 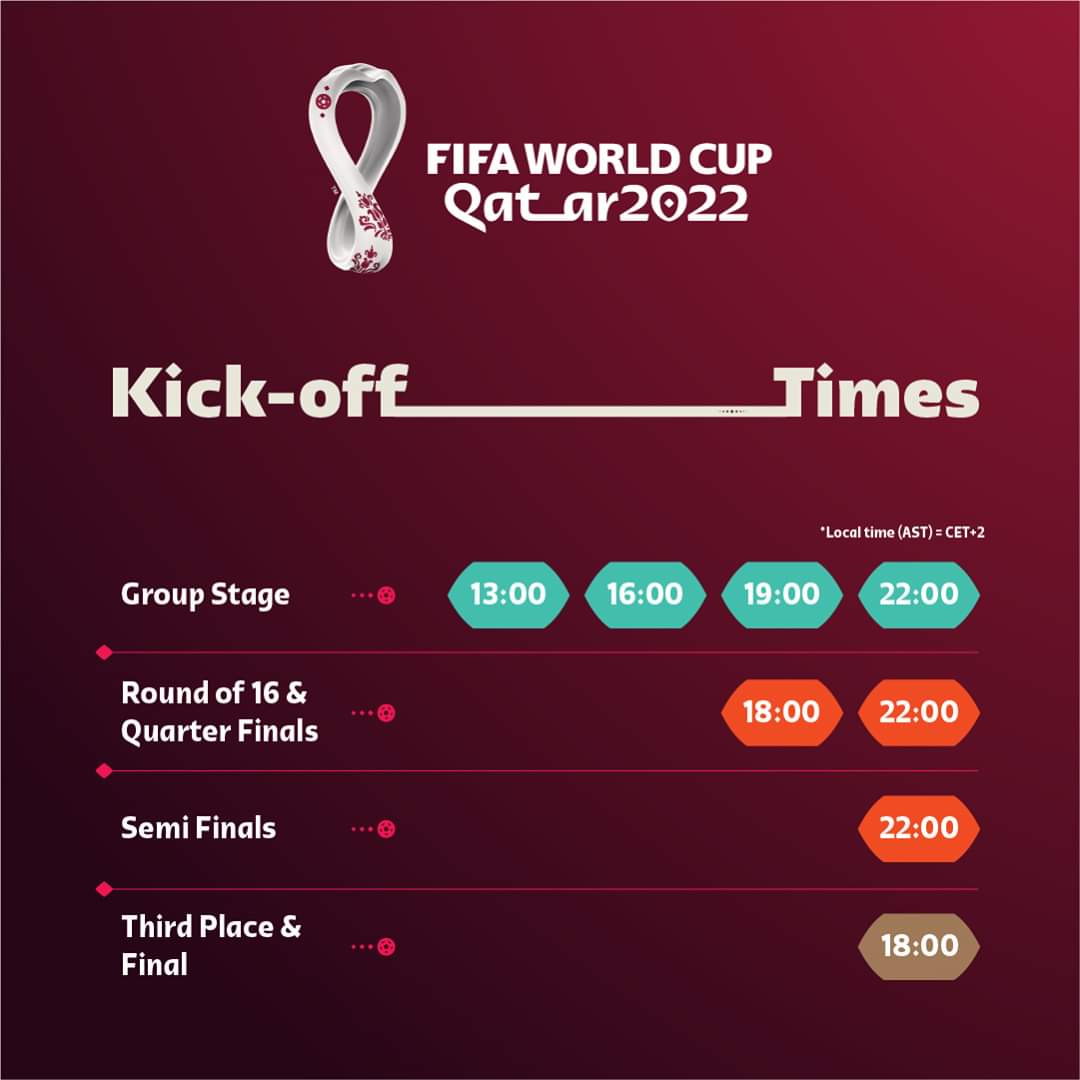 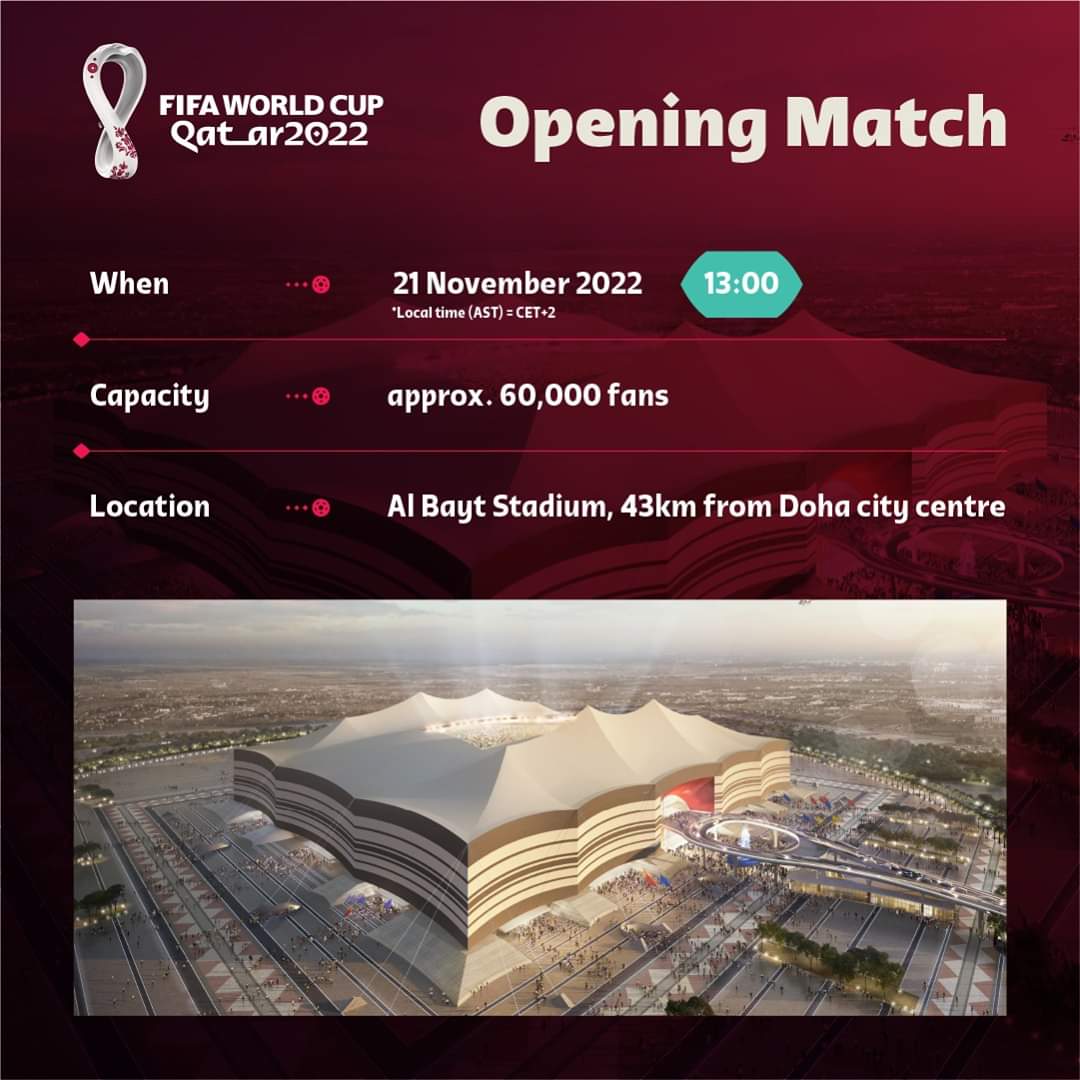 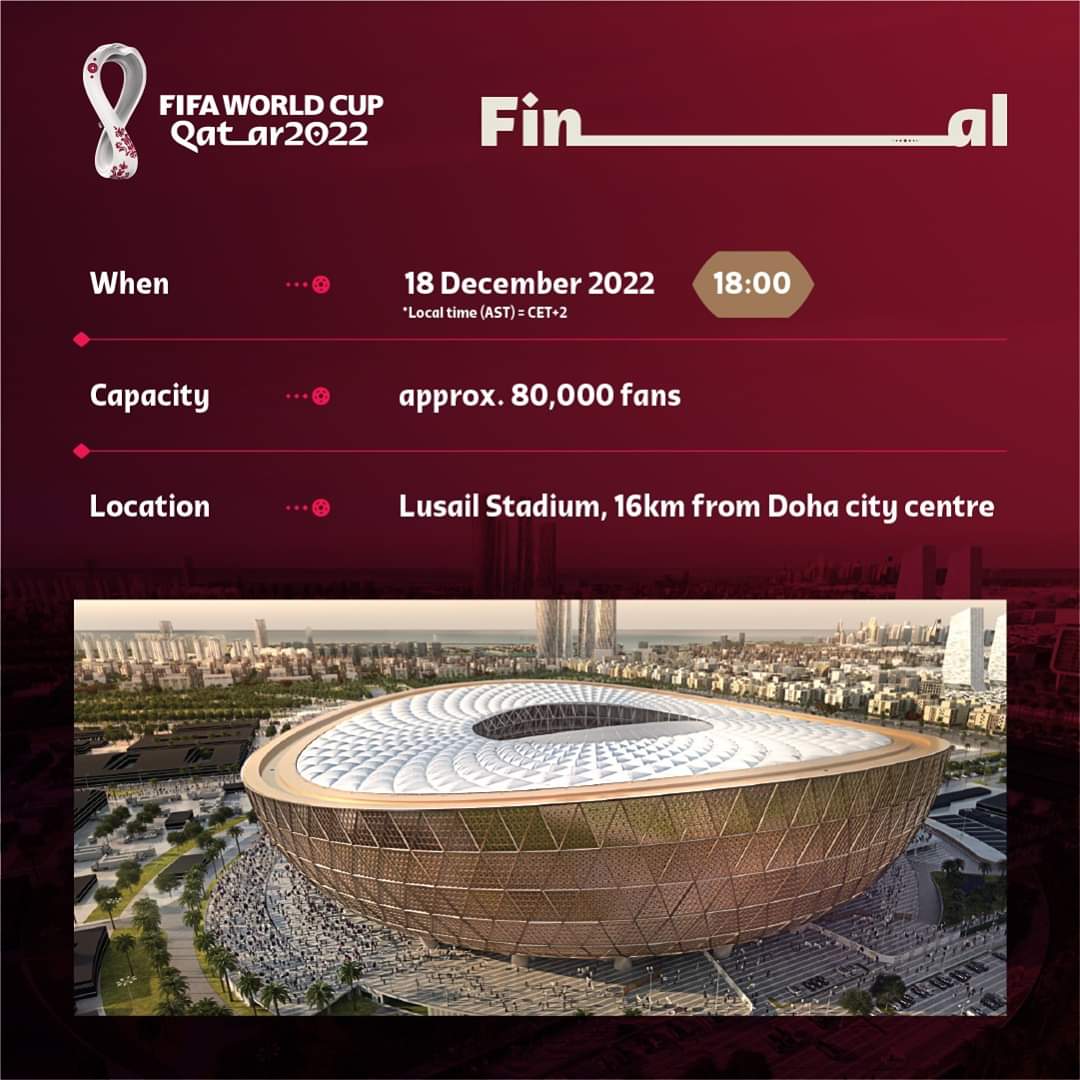 This will be achieved through the assignment of the group fixtures for each matchday to a stadium and kick-off time only after the final draw, currently planned for after the March 2022 international match calendar qualifying window. Once the pairings are known, the possibility will be discussed of providing a more beneficial kick-off time for audiences at home, or indeed for fans in Qatar with regard to the stadium allocation.

That additional flexibility is possible without affecting any technical aspects since all stadiums are located within a compact radius and the climate is perfect at that time of year in Qatar, whether it is an early or a late kick-off. On top of that, this will potentially give fans the opportunity to attend more than one match a day during the group stage.

For those eager to book their seats at Qatar 2022, hospitality sales are scheduled to start in late 2020. Ticket sales for the general public will be conducted solely via FIFA.com/tickets, where details on the timeline, phases, categories and prices will be communicated in due course.

*All times mentioned are local. Arabia Standard Time (AST) is UTC/GMT+3 or CET+2. The final capacities of all FIFA World Cup stadiums during the event will be confirmed closer to the tournament.