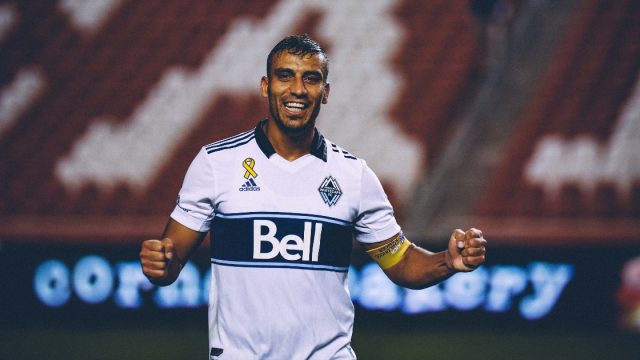 Ali Adnan, one of Iraq’s most successful footballing exports, is no stranger to breaking new ground during his career.

The attack-minded left-back became the first Iraqi player to play in Italy’s Serie A when he signed for Udinese in 2015. The 26-year-old then created more history when he moved to North America to play for Vancouver Whitecaps in 2019. By joining the Canadian outfit, Adnan became the first Iraqi-born player to appear in Major League Soccer.

Having set these unique milestones, the Iraqi international is well positioned to provide insight on the FIFA World Cup Qatar 2022™ and the impact it will have on the region he calls home.

Recently, Adnan took time from his busy schedule with the Whitecaps to speak to qatar2022.qa about the first World Cup that will be played in the Middle East and Arab world, as well as his hopes to lead his country – known as the Lions of Mesopotamia – to their first World Cup finals appearance since 1986.

As a proud Iraqi and a member of the Iraqi national team, how excited are you to see the next FIFA World Cup™ take place in neighbouring Qatar in 2022?

Many times, Qatar has been home for our national team. When I played for clubs in the region, we went to Qatar a lot. As a country, it has everything. I think they chose the right place to play the World Cup. It is one of the safest places in the world.

How important do you think it is for the FIFA World Cup to come to the Middle East and Arab world for the first time?

Fans in the Middle East are really excited for the World Cup in Qatar. It is going to be a different World Cup and one of the best because it is in the middle of the Middle East and many people [from across the region] are going to travel to watch, especially to see the big teams like Brazil, Spain and Italy. It is nice to visit and to play there.

Qatar 2022 will be the most compact World Cup in modern history. The proximity of stadiums will mean that teams will be able to stay in one accommodation and train in one location throughout the tournament. In your opinion, how important is it for teams to be able to avoid long travel times between matches?

How much of a goal is it for you and your teammates in the Iraqi national team to try and qualify for Qatar 2022?

As I’ve said many times, we have a good team. We have young players, we have a good coach, and until now, we have been doing really well. That is why we are first in our qualifying group. In our group, it is not easy to play against Iran, who appear at the World Cup regularly, or against Bahrain. Qualifying for the World Cup is not easy for a country that hasn’t played in a World Cup for many years. But we have the confidence to qualify and make it to the next World Cup in Qatar.