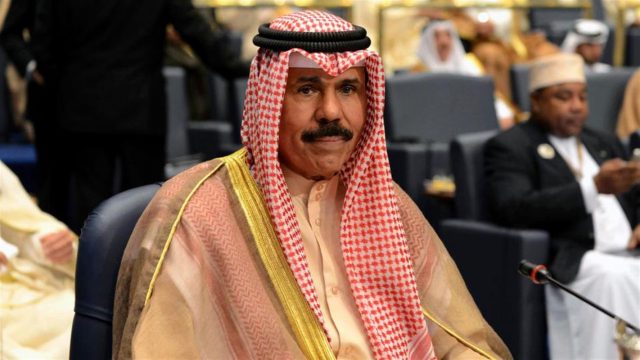 QNA
Kuwait
Amir of Kuwait Sheikh Nawaf Al Ahmad Al Jaber Al Sabah welcomed and expressed pleasure for the historic achievement which was made through continued, constructive efforts to reach a final agreement to resolve the Gulf crisis, with all concerned parties saying they are keen on retaining pan-Gulf and the pan-Arab solidarity, unity and stability.
Amir of Kuwait said, according to Kuwait News Agency (KUNA), that the agreement demonstrated all parties’ eagerness to meet their peoples’ aspirations to security, stability, progress and welfare.

Sheikh Nawaf paid tribute to the late Amir of Kuwait Sheikh Sabah Al-Ahamd Al-Jaber Al-Sabah for his great mediation efforts since the breakout of the crisis. His Highness added that the late Amir efforts will always be alive in “our minds and history pages.”

The Amir of Kuwait congratulated the leaders of the region on their historic and blessed step to achieve the aspiration of their peoples. His Highness also thanked and voiced appreciation to friends from all over the world who supported the Kuwaiti mediation. The Amir of Kuwait also thanked US President Donald Trump, adding that his support has reflected the US commitment to the security and stability of the Gulf region.