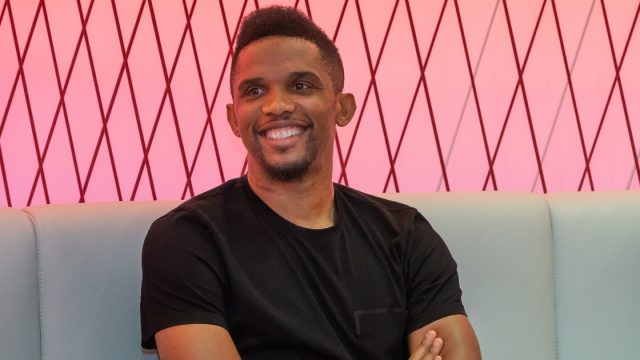 We have reached the most exciting time in the football calendar. This week, the UEFA Champions League, Europa League and CAF Super Cup finals will take place, along with the season-ending fixtures in several top leagues. Playing in these big games is what every player dreams of. During my career, I had the honour of playing in many important matches, including the Champions League final on three occasions – winning it twice with Barcelona and once with Inter Milan – so I know how special it is to experience these moments with family, teammates and, especially, the fans.

I am happy to see my old club Chelsea qualify for the Champions League final once again. For some, Manchester City are the favourites to lift the trophy, but in my opinion, when it comes to a final there is no such thing as favourites. It is just one game, so anything is possible. Time and time again, we have seen teams arrive to a final unfancied, only to leave as champions.

For the young players such as Phil Foden and Mason Mount, this will be their first time playing in such an important game. Despite their age, both players have had an impressive season and could have a big impact on the outcome. There are many great players past and present who haven’t had these opportunities, so it is important for the players to savour the experience and do everything they can to have an influence on the game.

The delayed CAF Super Cup final between Al Ahly of Egypt and Renaissance Berkane of Morocco will also be played this week, in Doha. It is great to see important games such as this played in Qatar as it offers the country another opportunity to fine-tune its preparations ahead of next year’s FIFA World Cup.

I believe Qatar 2022 will leave behind a positive legacy

With just over 18 months to go until the first ball is kicked at the FIFA World Cup in 2022, excitement is really starting to build in Qatar and across the region. Qatar 2022 will be a World Cup of firsts in many ways, and one that I hope will be remembered for the right reasons; for the action on the pitch, the unforgettable fan experiences and the positive legacy it will leave for Qatar, the Middle East and the Arab world.

In recent months, we have seen footballers raise concerns about human rights issues and other societal problems, such as racism. I have always believed that, where possible, it is important for players to use their platforms to shine a light on any issues in order to accelerate positive change across the world.

Hosting the World Cup is a privilege that comes with a significant amount of responsibility. From the start, Qatar has said that it wants to use the tournament as an opportunity to deliver sustainable, positive change in the country and leave behind a meaningful legacy beyond 2022.

One area of progress has been workers’ rights – which has received much attention in recent months. Since the World Cup was awarded to Qatar in 2010, the Supreme Committee for Delivery & Legacy, Qatar’s World Cup organising body, has implemented stringent health and safety procedures, developed a range of new technologies to combat areas such as heat stress and worked with contractors to repay more than QAR 100 million in illegal recruitment to tens of thousands of workers.

The government has also introduced new legislation to reform the country’s labour market. The World Cup has accelerated the implementation of these national reforms over the last decade and has helped make Qatar a fairer and safer place to live and work.

Qatar 2022 will be the most compact World Cup in history

My personal experience of Qatar has been a positive one. I have been a resident for three years now, having finished my football career playing for Qatar Sports Club in 2019. While Qatar has its own unique culture and traditions, it also shares many similarities with previous World Cup host countries. Its people are very welcoming, and family oriented, so in this regard, it reminds me of Brazil in 2014 or South Africa in 2010. Qatar and the Arab world also boast some of the most passionate fans I’ve ever encountered; fans who will undoubtedly ensure a vibrant atmosphere in 2022.

One of the most unique things about this World Cup will be its compact nature. Once the fans, players and officials arrive at Hamad international Airport, they will be able to stay in just one accommodation for the entire tournament. While many will stay at hotels or serviced apartments, Qatar will also have some unique accommodation options available to fans, such as the opportunity to camp in the desert or to stay on board a luxury cruise liner moored in West Bay, which will have incredible views of Doha’s cityscape skyline.

I think the tournament will have an Olympics-style feel to it. All the travelling fans and everyone living in Qatar will be in the thick of the action and feel connected to the tournament from start to finish. Fans will be able to attend more than one live match per day, which is very exciting and a first for a modern World Cup.

I count myself lucky to have visited all four of the tournament-ready stadiums, and each time, I feel like a little kid that has been given a new toy. Walking into one of these new stadiums for the first time, I always have the same thought – I wish I was ten years younger, so I could put my boots on and have the privilege of representing the people of Cameroon in this incredible venue.

Every little detail of each stadium has been designed to deliver the best possible experience for both players and fans. Although for me, one of the most impressive things is that some of the stadiums have been designed in such a way that they can be dismantled after the tournament, with large parts of the infrastructure donated to other countries. No other country has ever done something like this before and it will be a great legacy of Qatar 2022.

From talking to the locals, I know that the residents of Qatar are excited to welcome a diverse mix of people from all over the world to experience their small country. It will be an amazing opportunity to bring the world together to celebrate different cultures and unite over a shared love of the beautiful game after some challenging years caused by the global pandemic. I think it will be an important milestone in the history of football and I am excited to share this experience with fans from every corner of the world.