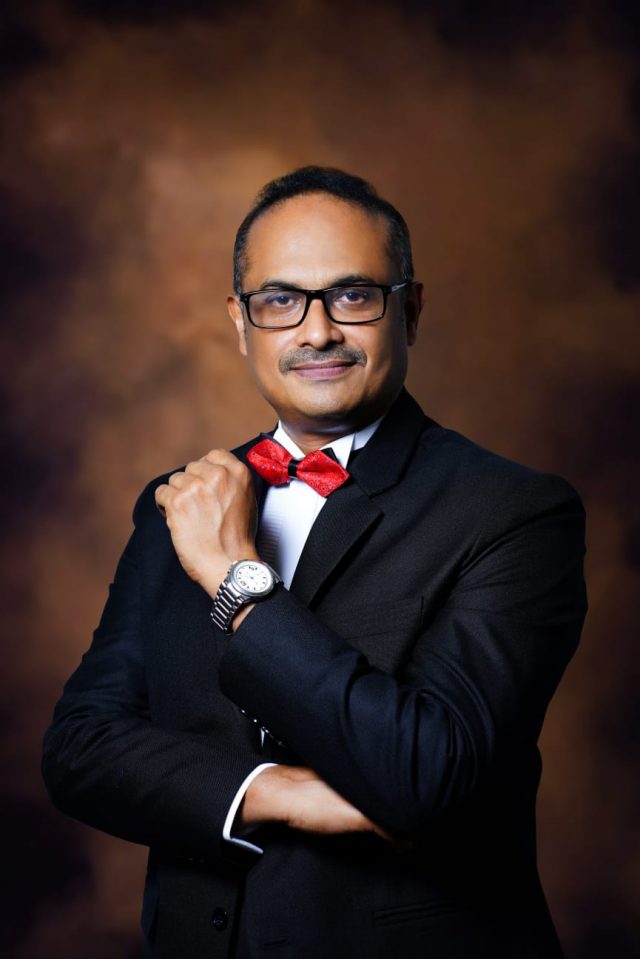 Leaders are not just born; ambition, passion, and performance hone them.

As a new Toastmasters year unfolds, a new breed of leaders has also emerged.

Before entering the Toastmasters world, DTM Manzoor was an avid movie fan.  Now a loving husband and father of two, not only does he have an extensive 18-year experience of being a Toastmaster, but he also has a wide-range of titles under his belt- entrepreneur, author, event manager, entertainer, quiz master, and trainer to name a few.

He had also held important roles in his community in Qatar and Bahrain. Few of which are his roles as president of CIGI Bahrain in 2005, member and founding president of BNI Falcon chapter, and member of India Community Benevolent Fund Qatar and the Indian Cultural Centre. 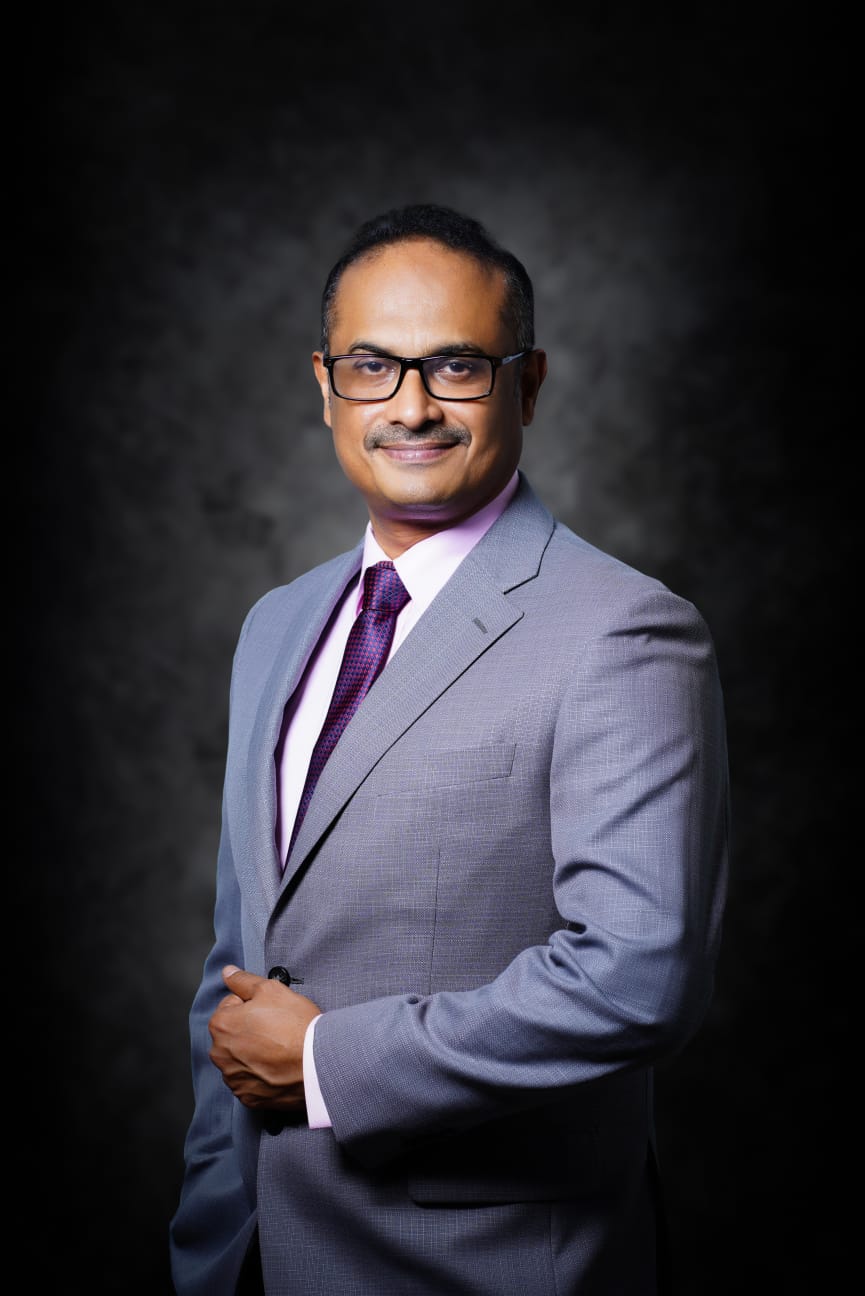 DTM Manzoor is very well-regarded in the Toastmasters fraternity owing to his numerous awards and outstanding feat in his previous roles from being president of copious clubs up to his various district-level positions. Following year after year of committing himself to give back to members and clubs of Toastmasters, he believes in serving wholeheartedly without regards to the position he may be given in order to deliver his duties and contribute towards fostering and upholding positive changes through mentoring, counseling, and various educational activities.  This year, DTM Manzoor has once more pushed the parameters of his service to the Toastmasters fraternity by embracing the role of District 116 Director for year 2021-2022.

DTM Manzoor holds great passion in everything he does.  He is laser-focused to his personal and professional goals and committed to excellence for himself and for everyone around him- these characteristics make him an epitome of a great leader and Toastmaster.  Since the independence of District 116, he has been part of the District Leadership team that has been a key lead powerhouse behind the “Number 1 District” in the world title. And up to this day, District 116 takes pride in being the top Toastmasters District in the global arena.

With DTM Manzoor sphere-heading the Toastmasters fraternity in Qatar with his brand of performance and excellence, the district looks forward to continuing to uphold and value excellence in both leadership and public speaking and bring forth a new line of outstanding speakers and excellent leaders in the year to come. 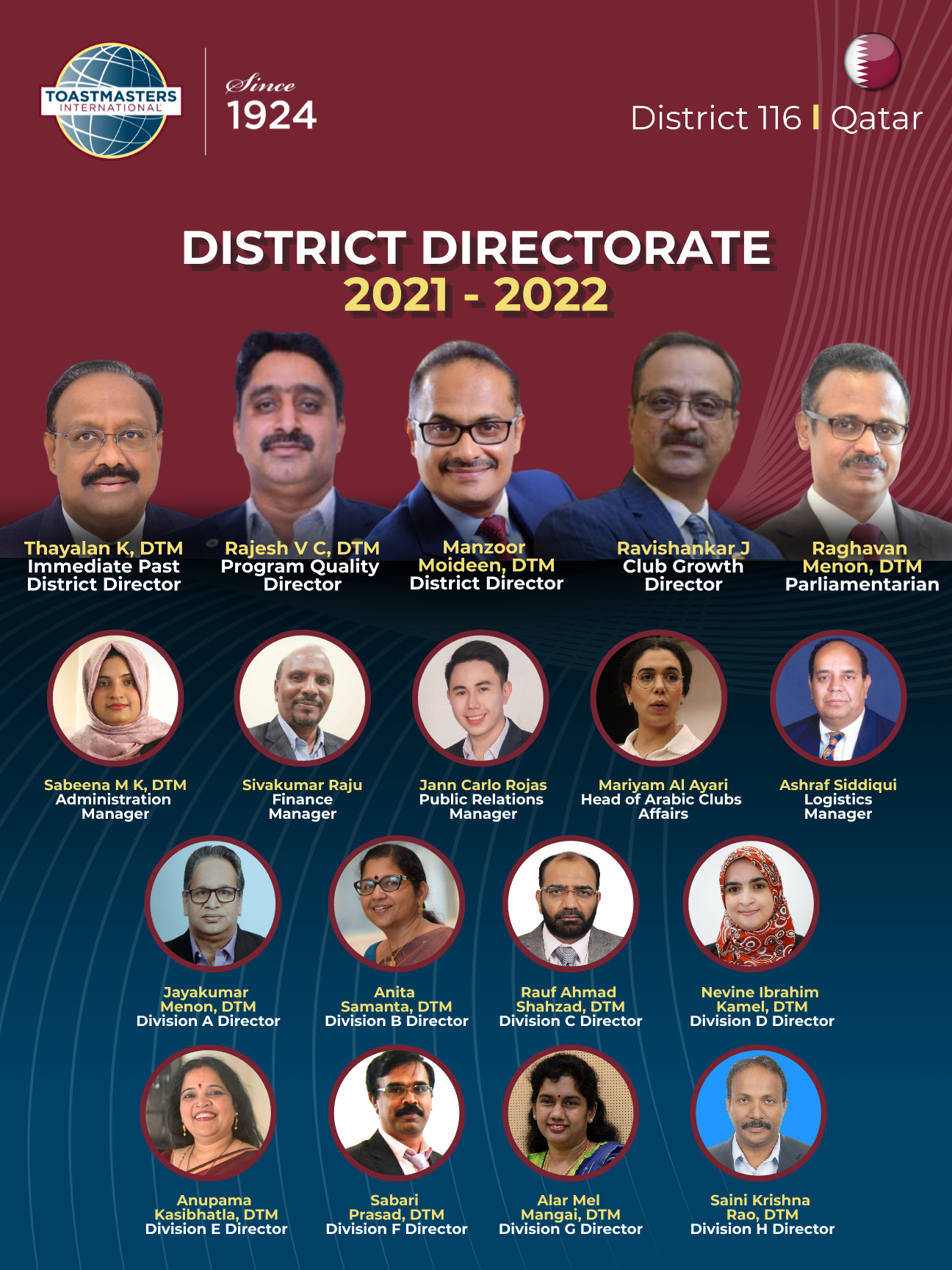