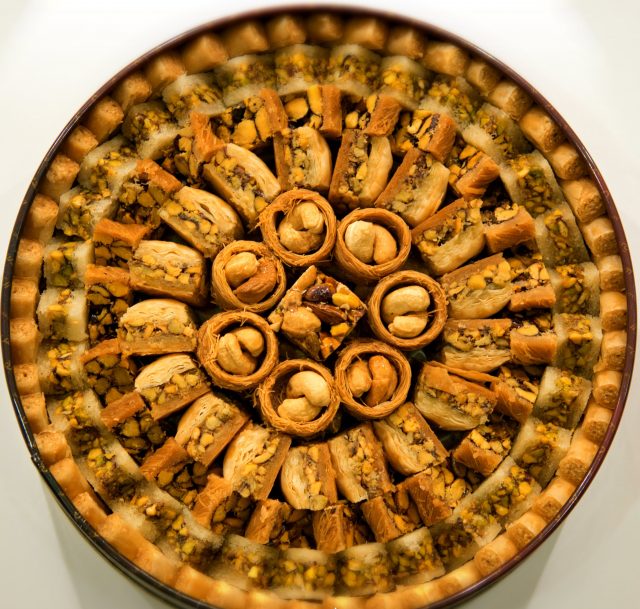 Whether you’re visiting Doha, or living here, these a few must-try desserts you can find in pretty much every local sweet shop and restaurant here.

Kunafa is undoubtedly the most popular dessert on the list. It is made from cheese and pastry that is then soaked in sweet syrup and finally topped with pistachios. It can be prepared in 3 different forms: khishnah (with a rough exterior), na’ama (which is softer and finer), and muhayra (which is a combination of both rough and soft texture). It is a Lebanese dish whose origins lie during the Ottoman Empire.

Mahalabia is a traditional Arabic dessert in Qatar. It is similar to a milk pudding with thick layers. This sweet dish is prepared using creamy milk, rose water, and cardamom. Also, dry fruits such as nuts and pistachios are added as toppings to enhance the taste. This popular delicacy is served in many variations depending on the vendor.

Bakhlava is a delicious sweet treat, prepared by making layers of pastry and then filling it with chopped nuts. Sweet syrup or honey is then added to hold the pastry layers together. This delicacy is crisp and has a flaky texture and originates from the days of the Ottoman Empire in Turkey. It is also widely available in Central and Southwest Asia and throughout the Mediterranean, especially in Greece and the Greek Islands.

Umm Ali is a very famous Egyptian dessert that is similar to bread pudding familiar to residents of Europe and North America. Considered the sweetest Arabic dessert, this delicacy is prepared by over-drying bread and serving it with toppings of milk, nuts, and raisins. It is a must try if you visit Qatar!

Basboussa, or otherwise known as Hareeseh, and is a popular Middle Eastern sweet dish which looks similar to a cake. It is prepared using cooked semolina that is soaked in either plain syrup or rose water. Popularly, coconut is added to the dish to supplement the taste. Sometimes, nuts (preferably walnuts) are used as toppings to the dish.

Luqaimat is created by deep frying sweet dumplings in sugar syrup. Traditionally, honey is also added to enhance the taste and look of the dish. It is mostly prepared during special occasions such as Ramadan. This dish is similar to the very popular Indian sweet dish Gulab Jamun.

It’s milky, it’s sweet and it is made from sesame seeds. This tahini-based local dessert is more of an acquired taste, but it’s definitely something to try if you haven’t already. It’s sticky and you’re probably going to have a bit of a tough time getting it off your teeth!

These are basically shortbread pastries, and are usually filled with dates. In some variations they fill them with nuts too. They are so popular that you can now find them in super markets too with a variety of fillings like apple, strawberry etc.

This is another dumpling of sorts, filled with honey, nuts or cream and deep-fried and once again dipped in sweet syrup. Yes, as it seems, almost all Arabic desserts are soaked in sweet syrups. 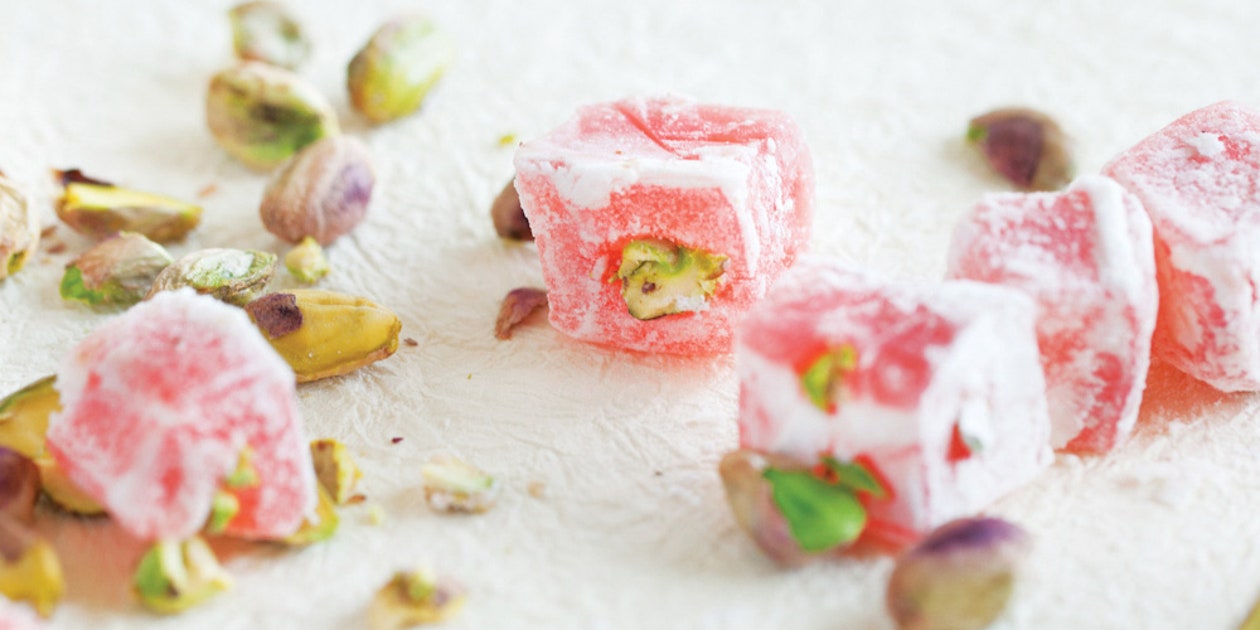 As the name suggests, these are Turkish, but definitely not uncommon in this region. In fact, they are rather popular. They are flavoured and jelly based sugary candies dowsed in powdered sugar, again. 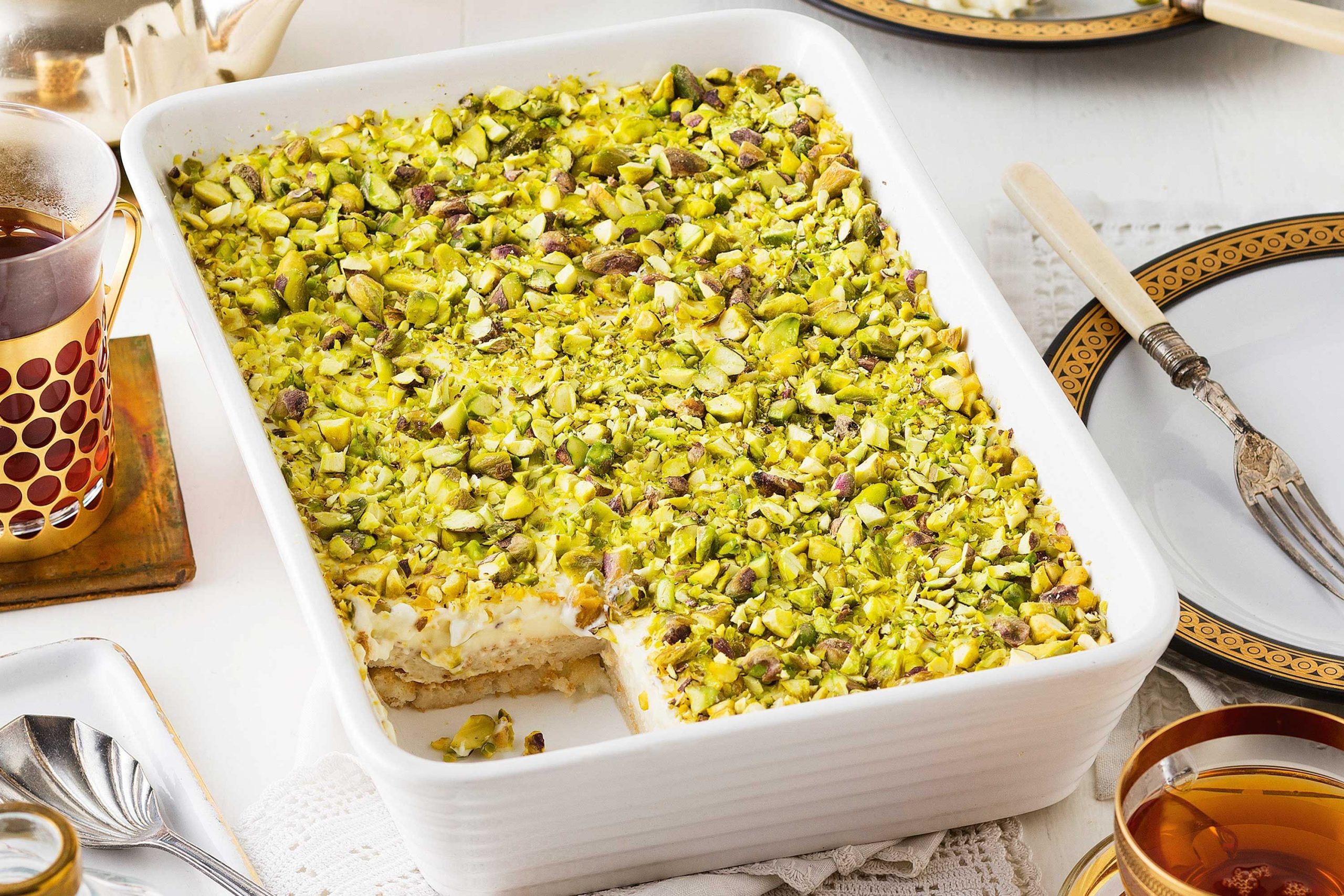 Considered a Qatari dish, Esh asaraya or Aish Al Saraya which literally traslates to ‘Bread of a Royal Castle’ is a form of cheesecake, made by using bread, topped with cream and nuts at times.

Malban is a famous Middle Eastern sweet made of dried exotic fruit paste and covered with nuts. 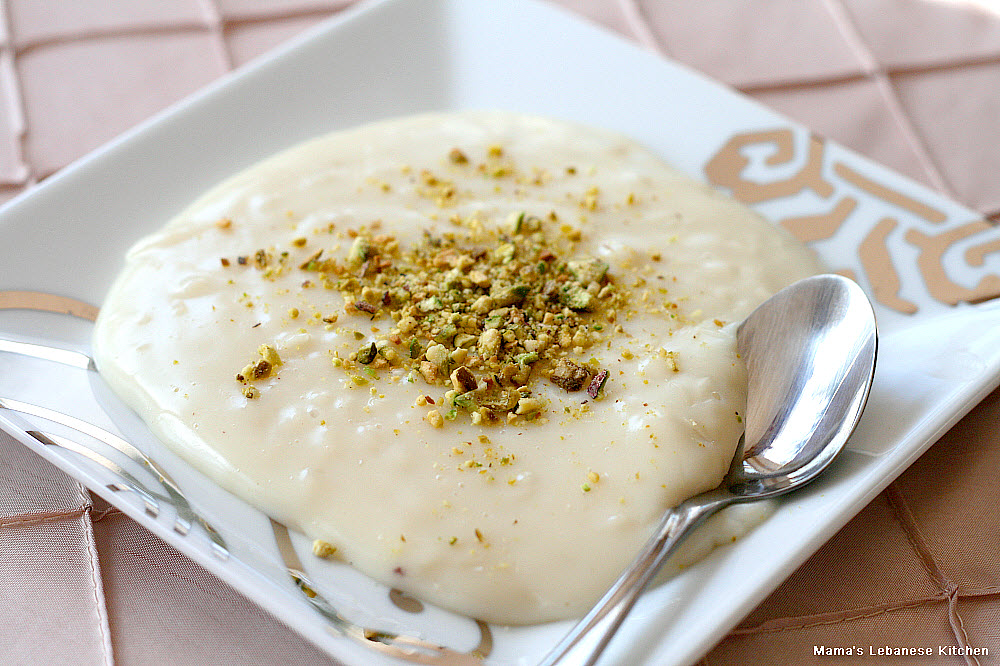 Rice pudding is a universal dessert, found in many cultures, in different forms and under different names. Rez b Haleeb, literally meaning ‘Rice in Milk’, is a Lebanese dessert and is similar to a Rice Pudding or ‘Kheer’ as served in India and Pakistan. This is also served with pistachios and other nuts to give it a crunchy taste.

Which of these Qatari sweets is your favorite? If your favorite local dessert is not on here, please let us know in the comments below.