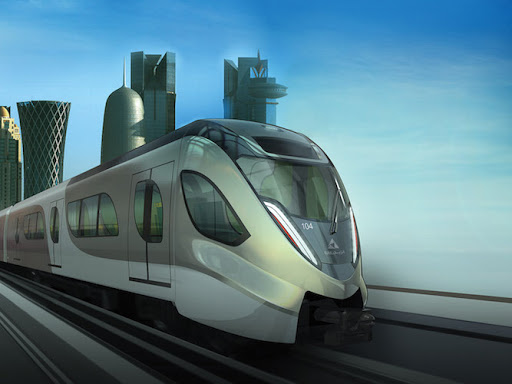 Doha: Qatar Rail’s Doha Metro project won the Chartered Institute of Highways and Transportation International Awards 2020, which recognises outstanding examples of highways and transportation infrastructure or services from outside the UK and Ireland. Qatar Rail’s Doha Metro won the award after being shortlisted alongside mega projects in USA, Africa, Asia, the Balkans.

The established and long running CIHT awards opened their doors to international projects for the first time last year making Qatar Rail’s Doha Metro the first project in the region to win this prestigious award.

A panel of expert judges with a diversity of experience and opinion recognised Doha Metro’s outstanding achievement by looking for excellence from the start of the project through to implementation and execution. In particular judges valued the State of Qatar clearly articulated vision for an integrated transport network and Qatar Rail’s planning and design, effective engagement and communication with stakeholders and successful delivery on performance measures.

With regard to the project infrastructure, the judges awarded the Doha Metro for its originality and innovation, for the use of environmental and sustainable practices, for the demonstrable employee and user safety standards and for the demonstrable benefits to the industry and society. The judges were also impressed with the quality of execution, with the architectural design and the use of materials and technologies, with the speediness of project delivery, and with the overall positive internal and external feedback, the project has received.

The Doha Metro is a state-of-the art, best in class automated rail network. Doha metro forms the backbone of Qatar’s integrated public transport system promoting usage of public transport system in the country and a key ingredient in the accomplishment of the Qatar National Vision 2030. It is set to revolutionize the way people move around Doha and its suburbs. Sustainable design, construction and operations has been incorporated throughout the metro network achieving industry leading GSAS 5-Star and LEED Gold awards. This achievement compliments previously awarded accreditation and it is testament to Qatar Rail ongoing commitment toward providing a world-class railway system in Qatar.

Founded in 1930, The Chartered Institution of Highways & Transportation is a non-profit organisation, UK based with internal affiliations.