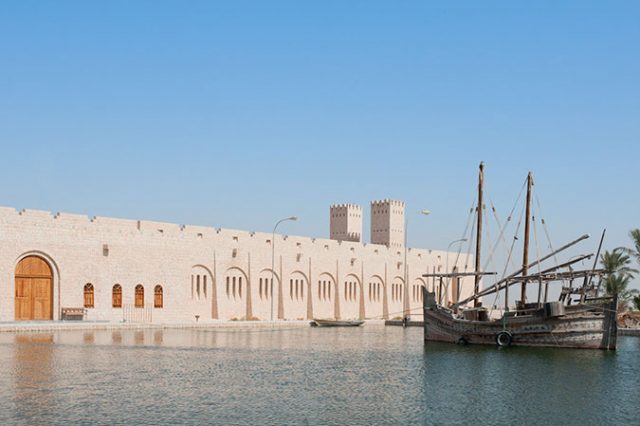 The Sheikh Faisal Bin Qassim Al Thani Museum as we know today is the result of the enduring passion of a man to preserve and spread cultures of the world alongside his own. Sheikh Faisal’s enthusiasm for collecting initially manifested itself as a private collection in his majlis (Arab gathering space). Through collecting, Sheikh Faisal sought to preserve elements of cultural heritage and ultimately share them with the public, his rapidly growing collection soon became too large to be housed in a private setting.

Thus the Sheikh Faisal Bin Qassim Al Thani Museum was founded in 1998 as a non-profit museum foundation of public interest, in a grand fort at Al Samriya Farm with a breath-taking exterior. Built of local stone with traditional turrets, the building is in itself a collector’s piece in contrast with Qatar’s developing landscape. Envisaged by Sheikh Faisal and purpose-built to preserve and display the extraordinary collection, the museum design is particularly dedicated to upholding and promoting Islamic heritage.

In 2010, the museum was selected by the Ministry of Art, Culture and Heritage as one of Qatar’s cultural landmarks as part of the ‘Qatar Capital of Culture’ activities. 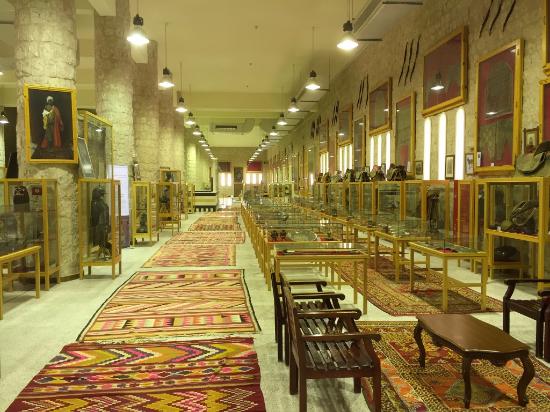 Sheikh Faisal’s private museum at Al Samriya tells the story of Qatar through the personal collection of one man and his family. The collection features a fascinating array of more than 15,000 exhibits covering a spectrum of arts, personal artefacts and equipment, as well as many everyday household and traditional items that evoke a flavour of Qatari life in the pre-oil era.

One feature of the museum is its extensive collection of carpets and beautifully preserved vintage vehicles.

Born in 1948 in Doha, Sheikh Faisal Bin Qassim Al Thani is both a pioneer in the cultural world and one of the Middle East’s most influential business leaders. His passion and dedication to collecting art and artefacts of international significance have been stimulated by his travels undertaken to build his immensely successful business conglomerate, Al-Faisal Holding.

The collections mirror the journeys he has taken across numerous countries over decades. Each extraordinary and precious piece is not only a record of the time and place, but also a testimony to the breadth of his travels. The depth and degree of his interests, particularly in preserving Qatari and Islamic heritage, is clearly demonstrated through his collection. The astounding location guides the visitor on a magical journey through wildlife, nature, time and place.

In 2012, Sheikh Faisal Bin Qassim Al Thani received the title of ‘Heritage personality for 2012’ under the patronage of the League of Arab States, the Arab Center for Tourism Media. The award identifies an individual that has been active in encouraging the preservation of heritage in the Arab world.

The museum’s affiliations span an array of international institutions and we have been dedicated to delivering entertainment based, engaging displays of the marvels collected by an extraordinary man.

Both museum sites are oriented towards developing educational public programs designed to enhance knowledge and sharing the wonders of the vast collections with our local community, regional and international visitors. We are a people-oriented institution, and deliver our programs following an object-based teaching and learning philosophy.

How to get there?

The museum is located in Al Samriya, about 20 km from Education City up Dukhan Highway. To get there by car, take Dukhan Highway until you see a U-Turn board with museum name on the right side. Get the next right turn which is also same as that of Camel Racetrack. Take an about turn and head back on to Dukhan Road on the way to Doha and Drive for about 4 km, then Turn right on the fourth exit road sign which indicate the museum’s full name. The museum is roughly about 1 km up a wide road with trees on either side.

The Sheikh Faisal Museum exhibit 15,000 unique and astonishing artefacts across three main themes: Qatar heritage, Islamic art and vehicles. There is also a special section for coins & currency. The Museum portrays not only of the history of the Qatari people, but also of its founder. The outstanding collections mirror the painstaking efforts taken by Sheikh Faisal and his extensive international travel. There are several rooms in the main section of the museum which more or less have a theme. Near the central courtyard, on the outside of main museum, there are also several other rooms with dedicated themes such as fossil rooms, textile rooms etc. The visitors may get surprised to see a peacock farm and a horse stable inside the museum premises. Horse riding lessons for adults and children are offered by the highly-qualified instructors and qualified visitors also have the chance to go horse riding on their own. The extensive vehicle collection comprises of a historic steam car from the latter part of the 19th century, 1940s Desoto models, valuable Ford T models, Buick models from first half of 20th century and Dodge service vehicles. There are few highlights in the museum such as a wooden confessional, a complete house from Damascus old town, the buick 1938 model, a fossilized head of dinosaur, an old model aero plane, From vintage and formula 1 cars, a 2 cm Quran etc. here are no maps or flyers or leaflets since this is not a conventional museum so visitors really need a guide to show the museum around. Visitors has to check if a guide will be available when they phone up to make the appointment, and if not, its good to check if there are any other tours operating around the time when they want to go. The place is huge so it takes at least 3 hours for looking around.

The museum has worked with key schools and universities in Qatar, such as the American School of Doha, the Gulf English School, Stenden University in Qatar, and University College London Qatar.

University programs have delivered temporary exhibitions at the museum such as: UCL Qurates

Guides: Ensure to book a tour guide in advance or any tours operating around. Inform the size of the group so the museum office can allocate the right number of guides.

Weather: Wear loose-fitting clothing and comfortable shoes to make your trip around the museum more relaxed.

Plan ahead: The café in the museum is not yet ready; spend time at the museum benches outside the museum with a light snack or have a large meal before visiting the museum. Take water bottles. However, Food and drinks are not allowed inside the museum.

Children: Children should have an accompanying adults

Booking: There is no entrance fee. Those who visit in groups should inform the museum office in advance. An individual or group who have earlier made booking want to cancel their trip, notify the office by emailing: visitors@fbqmuseum.org

Last admissions are 30 minutes before closing.

For more information about the museum and opening hours, please check the following link: http://fbqmuseum.org/

Tickets can be purchased at the museum’s entrance