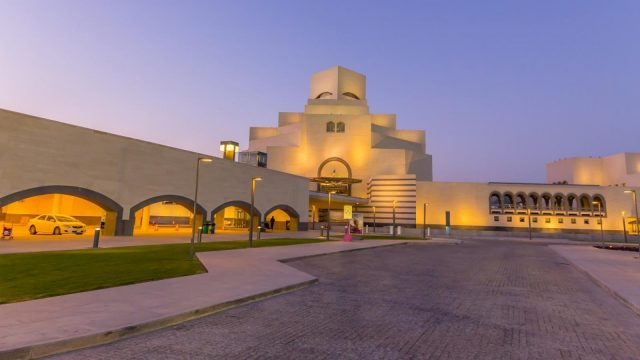 Where: The Museum of Islamic Art

The Museum of Islamic Art opened A Falcon’s Eye: Tribute to Sheikh Saoud Al Thani, a special exhibition featuring extraordinary artworks and artifacts acquired by Sheikh Saoud Al Thani (1966 – 2014), both as a passionate individual collector and on behalf of the State of Qatar. Sheikh Saoud served as Chairman for Qatar’s National Council for Culture, Arts and Heritage from 1997 through 2005. His knowledge and interests ranged from wildlife preservation to the history of photography, from Egyptology to modern architecture, and from the exquisite gems and jewelry of the Arabian Gulf and Mughal India to contemporary art.

A Falcon’s Eye, running until April 10, 2021, features approximately 300 objects, some of which have never been exhibited to the public. They range in date from the prehistoric Holocene period to the early 2000s and in geography from South America and Europe to the Arabian Gulf and China. These sweeping displays are presented in distinct, thematic groups reminiscent of the “cabinets of curiosities” or Wunderkammer that individual collectors assembled in the centuries before the first modern museums were established, and that fascinated Sheikh Saoud.