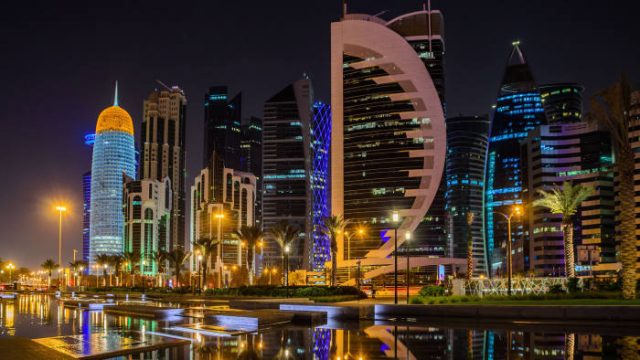 Doha: To protect the interests of employers and employees in Qatar, the Ministry of Administrative Development, Labour and Social Affairs (ADLSA) has introduced a minimum wage and removed No-Objection Certificate requirement to change jobs for employees.

ADLSA will be working with employers to update all employment contracts where workers earn less than the amount established by the new Law, which will come into force after 6 months of its publication in the official gazette.

The minimum wage was decided following extensive consultations with a specialised national committee composed of relevant authorities in Qatar to consider the matter. The law is the first of its kind in the Middle East and will provide additional stability to Qatar’s labour market.

In light of the above, a Minimum Wage Committee will be formed and tasked with frequently studying and reviewing the minimum wage of workers and domestic workers. 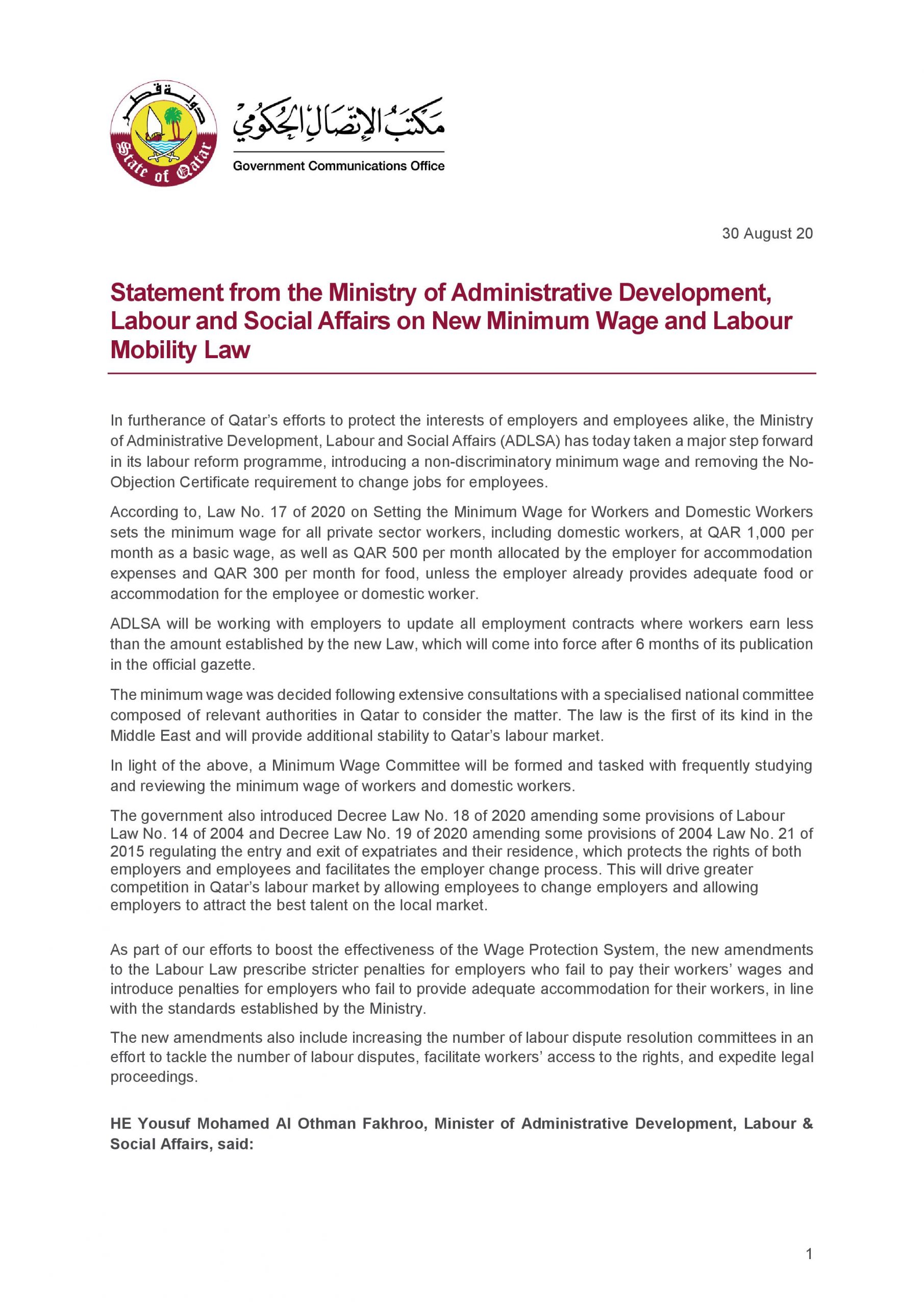 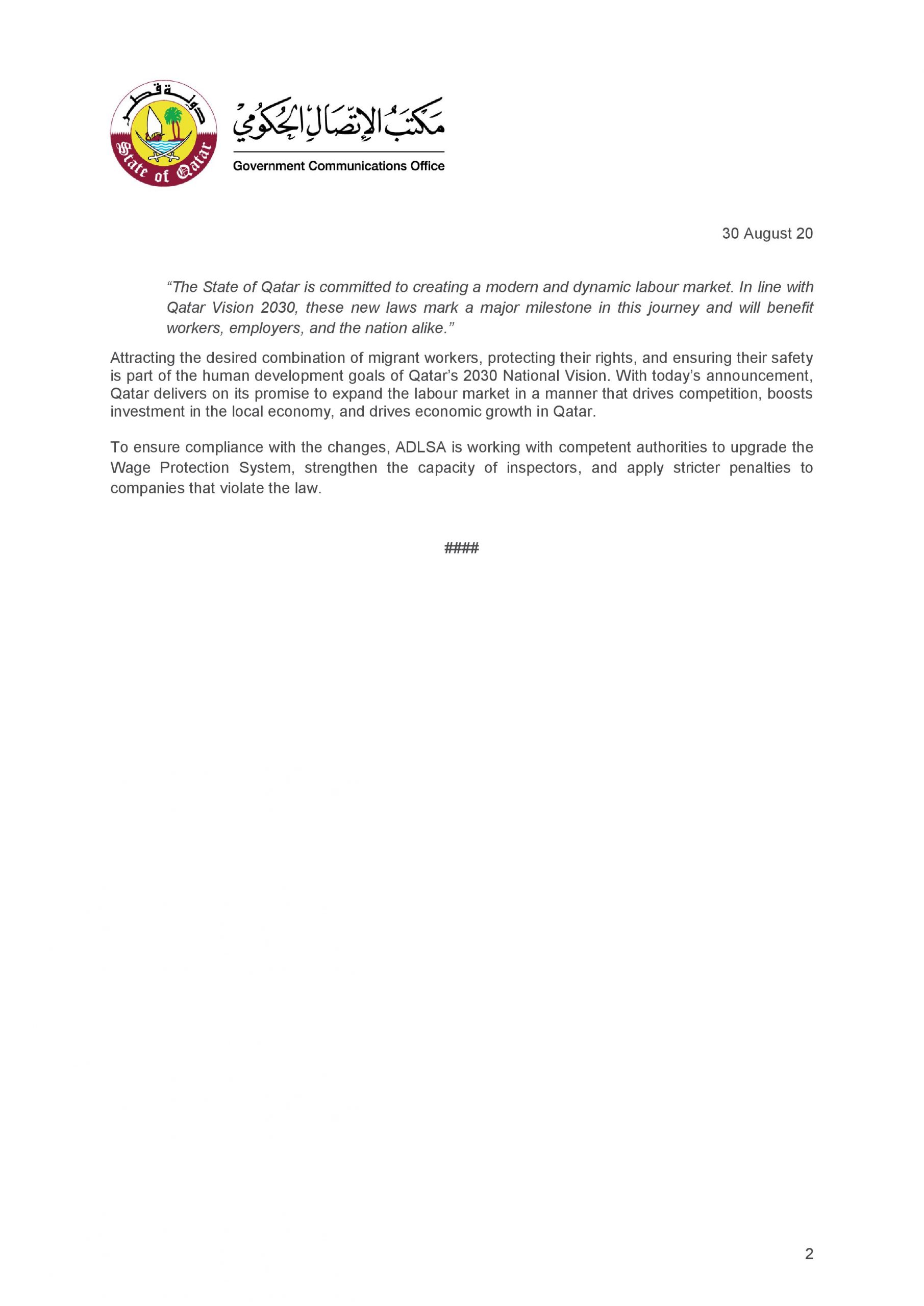 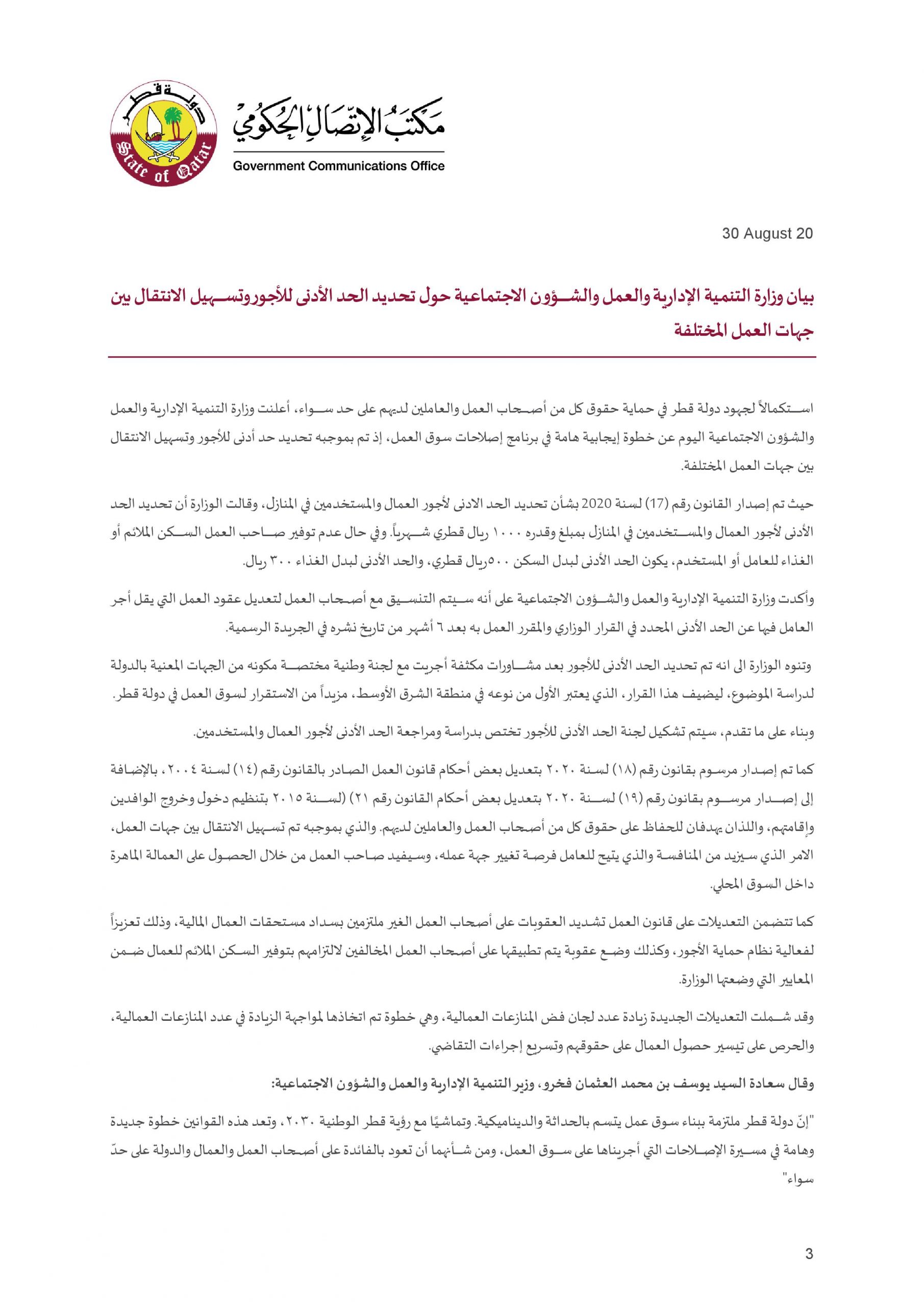 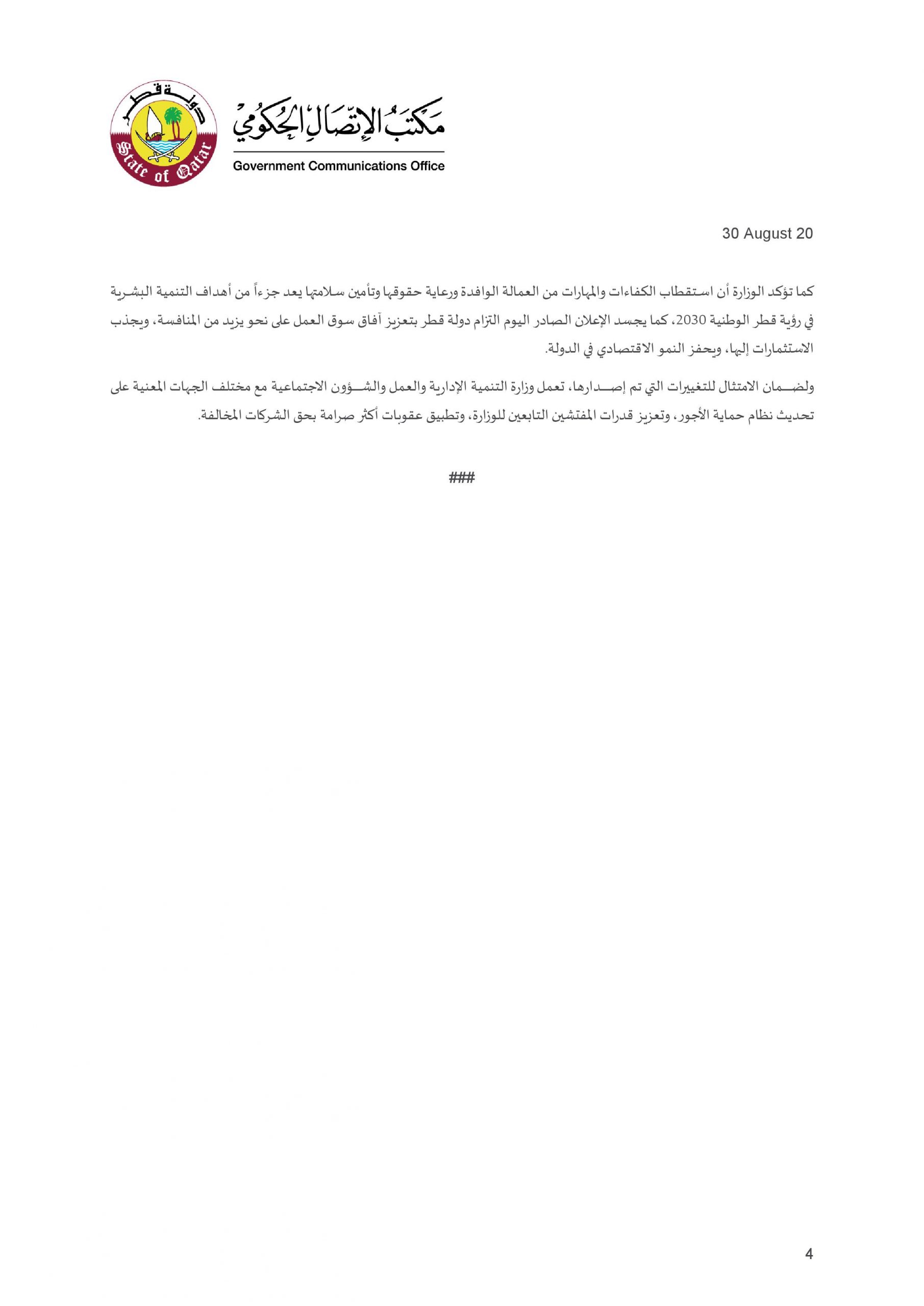 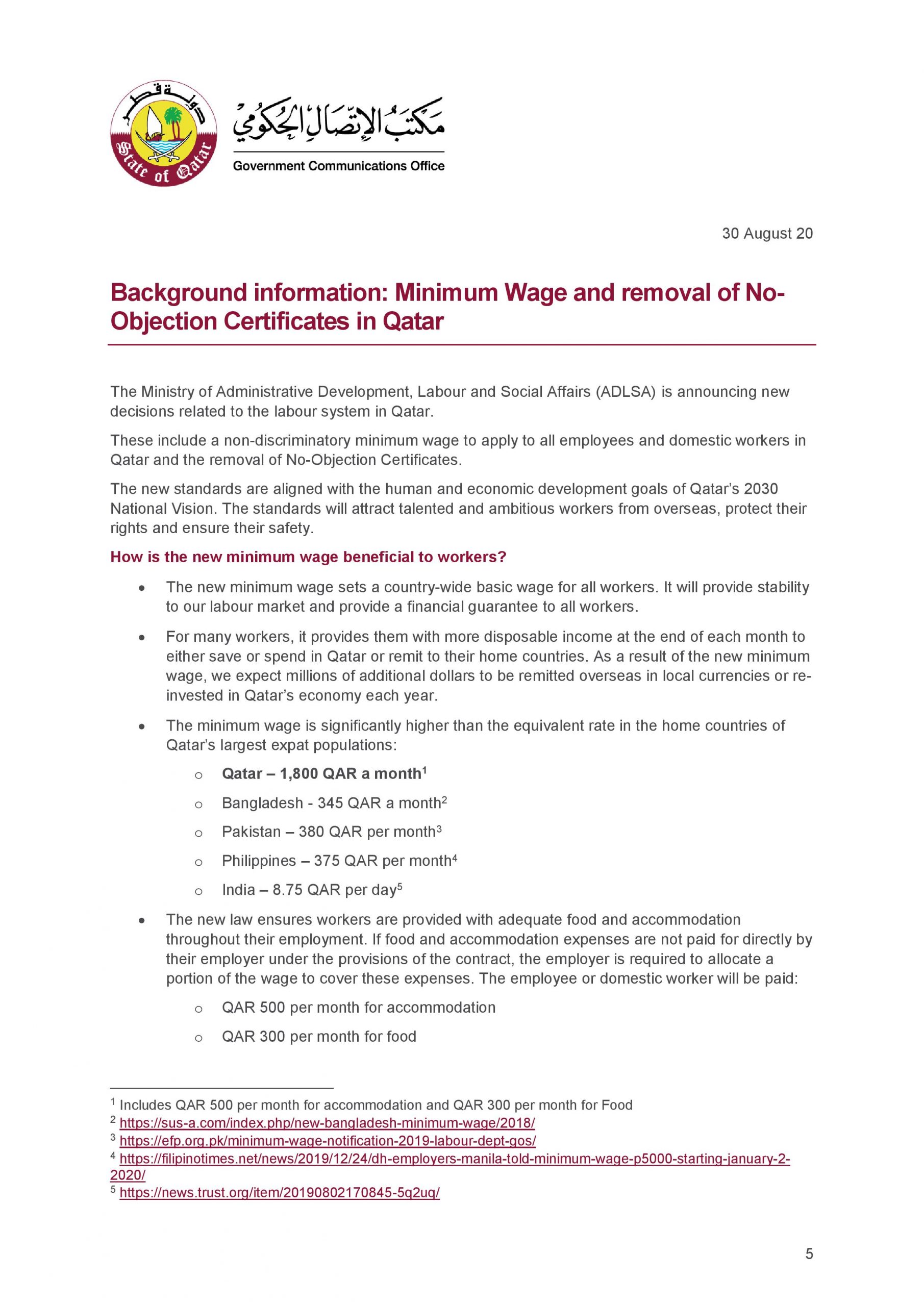 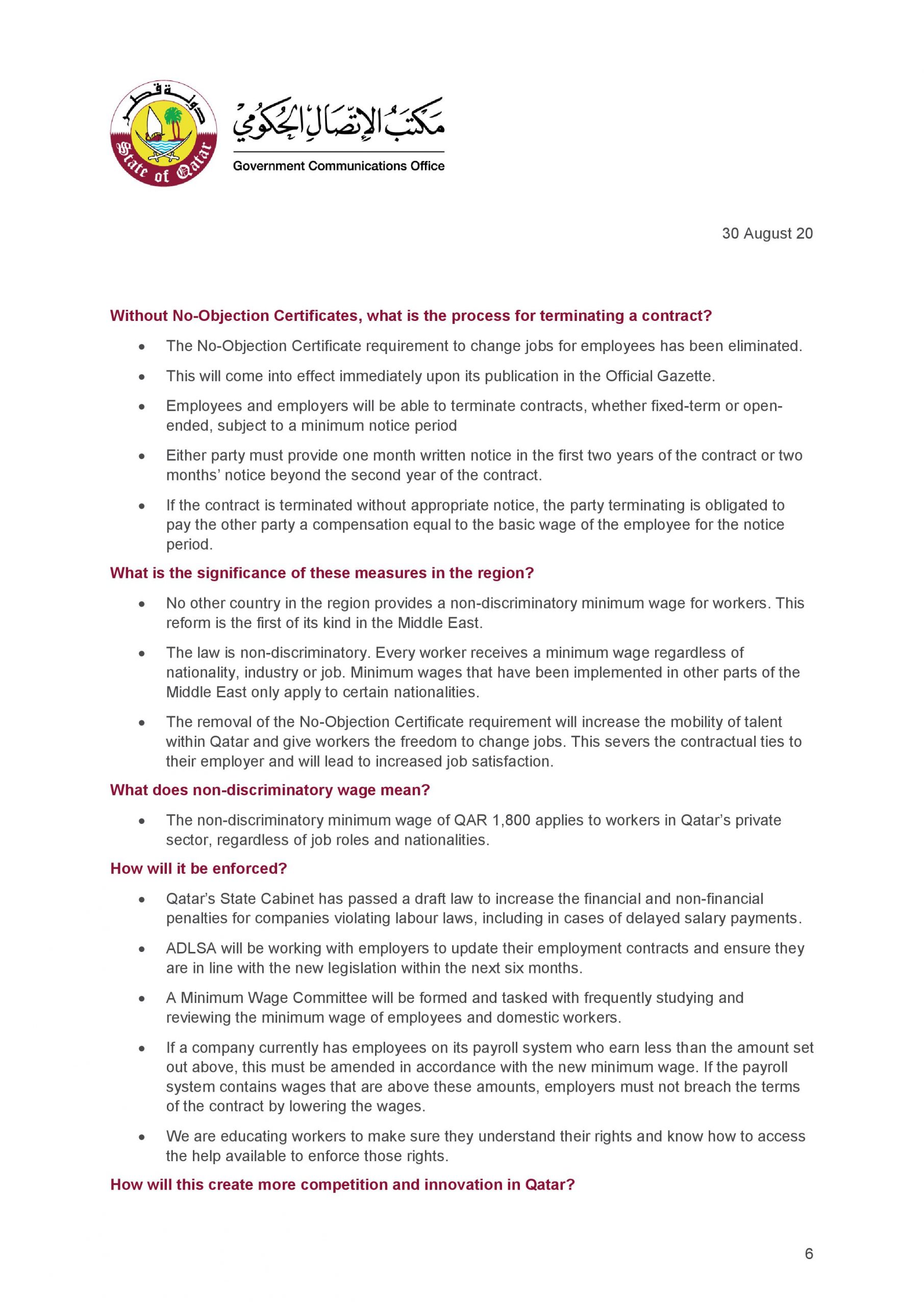 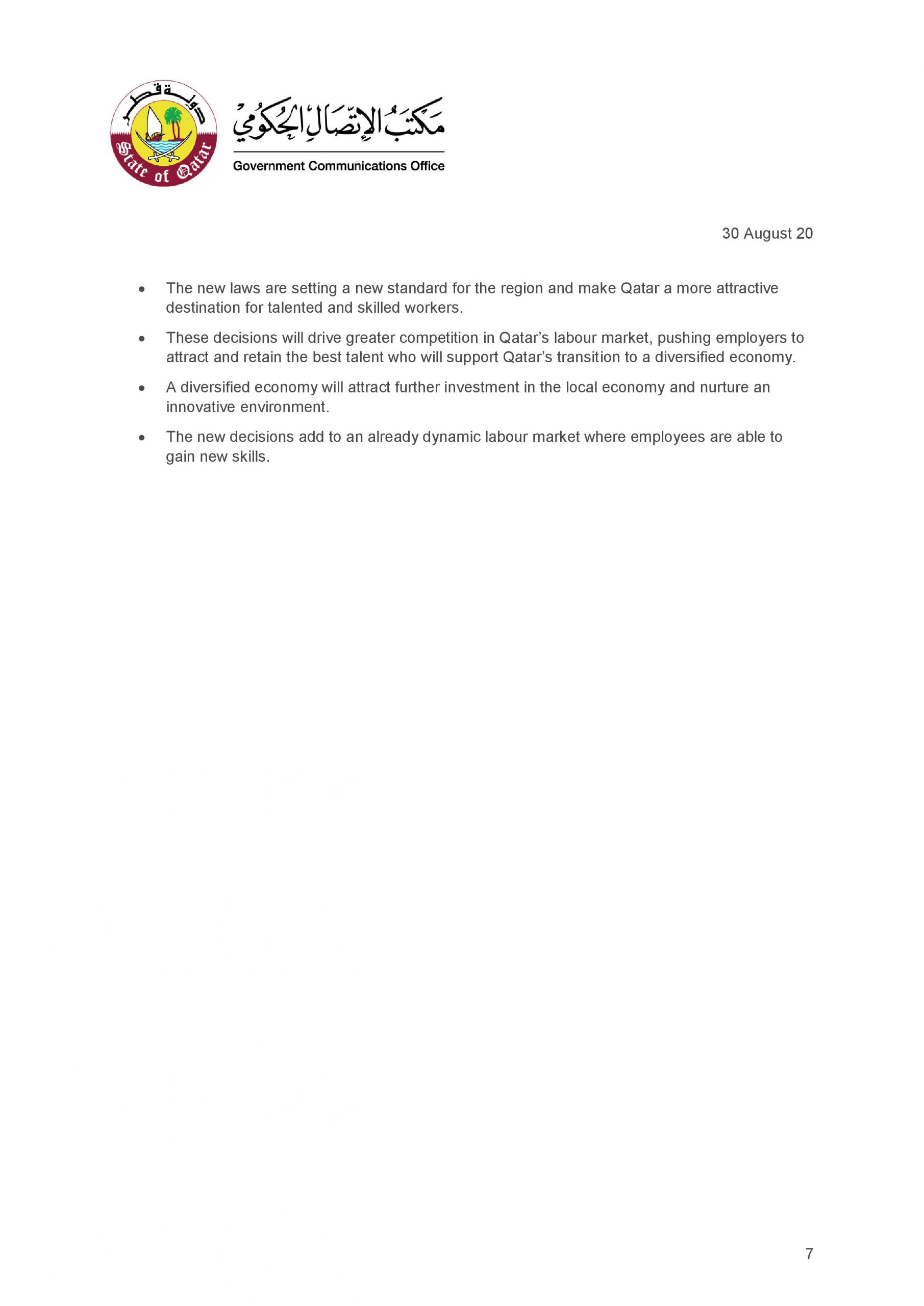 As part of our efforts to boost the effectiveness of the Wage Protection System, the new amendments to the Labour Law prescribe stricter penalties for employers who fail to pay their workers’ wages and introduce penalties for employers who fail to provide adequate accommodation for their workers, in line with the standards established by the Ministry.

“The State of Qatar is committed to creating a modern and dynamic labour market. In line with Qatar Vision 2030, these new laws mark a major milestone in this journey and will benefit workers, employers, and the nation alike.”

Attracting the desired combination of migrant workers, protecting their rights, and ensuring their safety is part of the human development goals of Qatar’s 2030 National Vision. With today’s announcement, Qatar delivers on its promise to expand the labour market in a manner that drives competition, boosts investment in the local economy, and drives economic growth in Qatar.

To ensure compliance with the changes, ADLSA is working with competent authorities to upgrade the Wage Protection System, strengthen the capacity of inspectors, and apply stricter penalties to companies that violate the law.

Ali Abduljabbar Saifaldeen-An Amazing Journey of an Engineer to Photographer

How to Request Residency Renewal Through Qatar Pos

TIME MANAGEMENT Time management is not just about