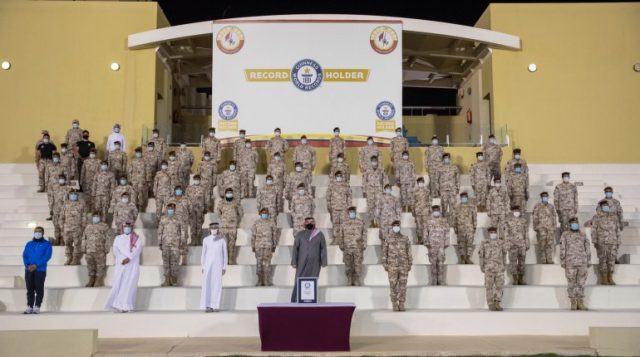 Calisthenics or Callisthenics is a form of strength training consisting of a variety of movements that exercise large muscle groups, such as running, standing, grasping, pushing, etc. These exercises are often performed rhythmically and with minimal equipment, as bodyweight exercises.

The park has entered the Guinness World Records for being the largest of its kind in the world. The ceremony was attended by Minister of Culture and Sports H E Salah bin Ghanem Al Ali, and a number of ranking officers in the Armed Forces.

On the sidelines of the ceremony, H E the Deputy Prime Minister and Minister of State for Defense Affairs received the Guinness World Records certificate, via video conference technology.