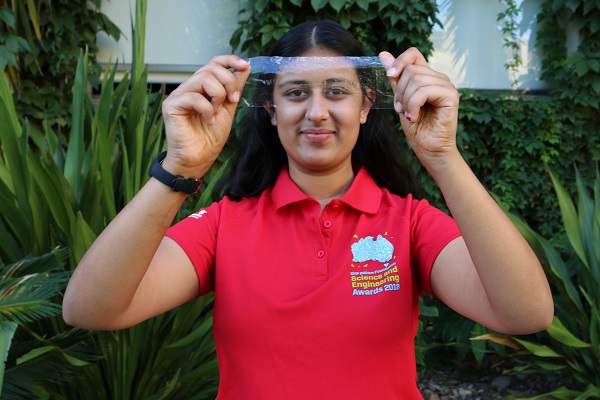 An Australian student, has created a strong, light plastic made from the shells of prawns (or shrimp, as they’re more commonly called in the US) that degrades naturally in a little over 30 days. Now in her first year at Flinders University in South Australia, Angelina Arora began her experiments while she was still at Sydney Girls High School, in New South Wales.

While in the ninth grade, Arora was assigned a science project, so she chose to try and accomplish something positive for the environment and in particular, to create an alternative to plastic after having seen local supermarkets charging to use carrier bags. 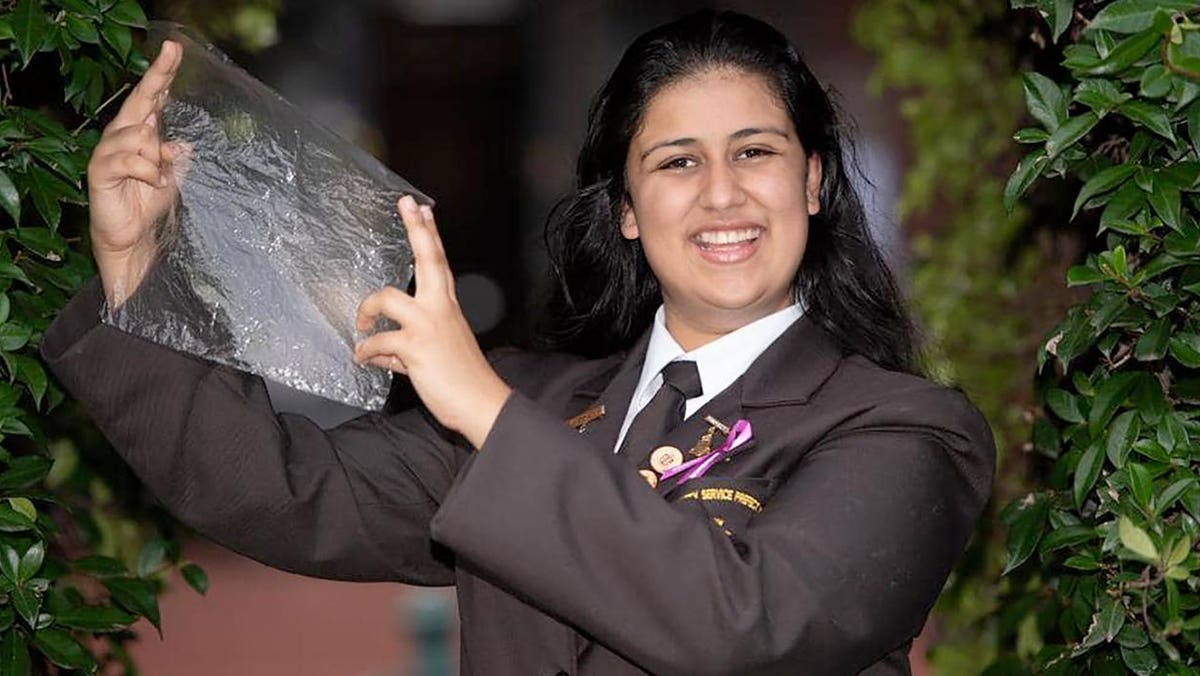 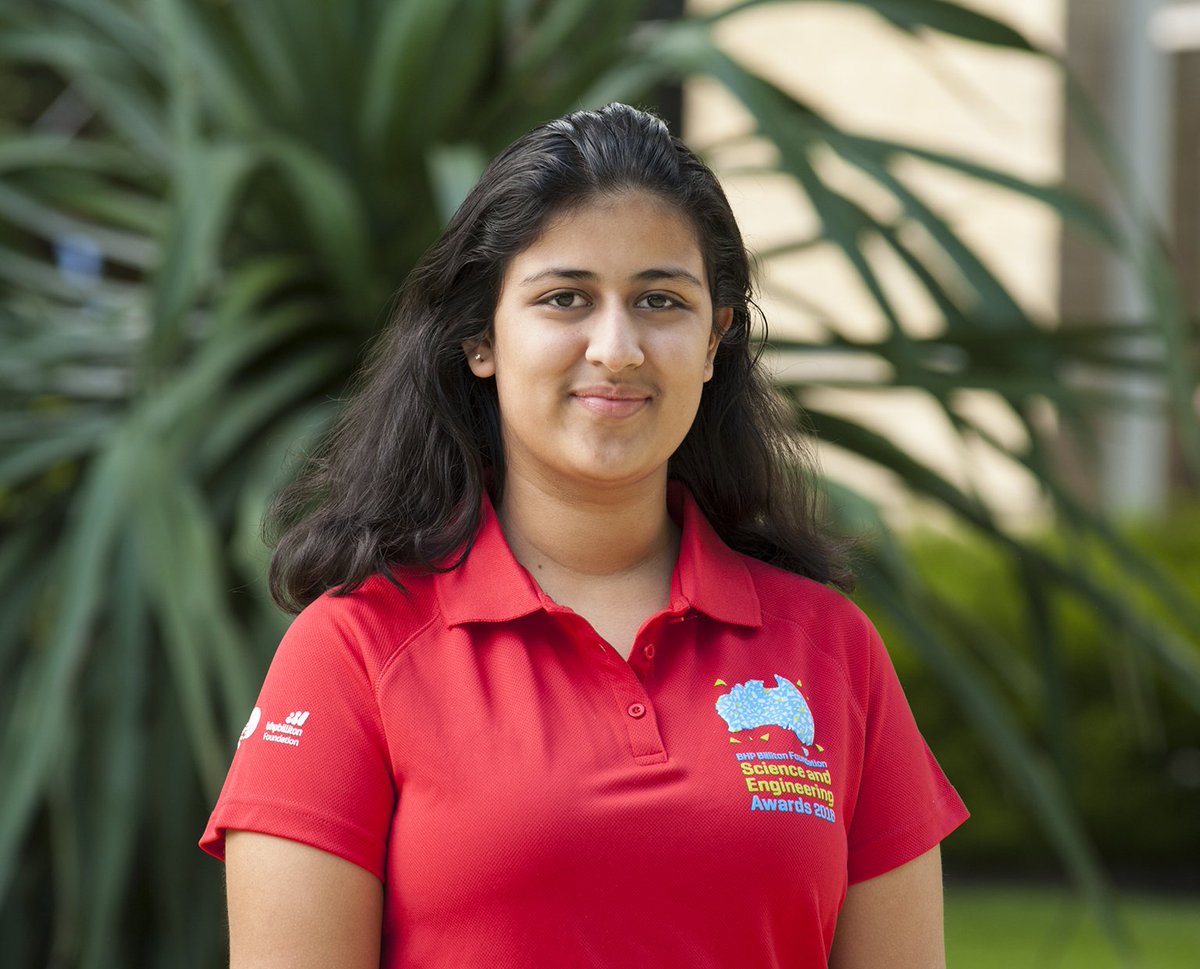 Solving the planet’s plastic problem is a crisis that’s three-fold in nature: first it’s necessary to remove all the discarded plastic in our oceans, rivers and landfills. Second, it’s essential to find a way to be able to break down that plastic into something more manageable and then finally, find an environmentally compatible replacement to the polyethylene terephthalate compounds that make up most of the troublesome single-use plastic that’s discarded every day.

Arora set herself the goal of creating a bioplastic and began by making plastics out of corn starch and potato starch, but these were soluble in water and weren’t made from waste products. Then, after experimenting with different kinds of organic waste, like banana peels for example, Arora turned to prawns having noticed the similarities between their shells and plastic after a trip to her local fish shop. 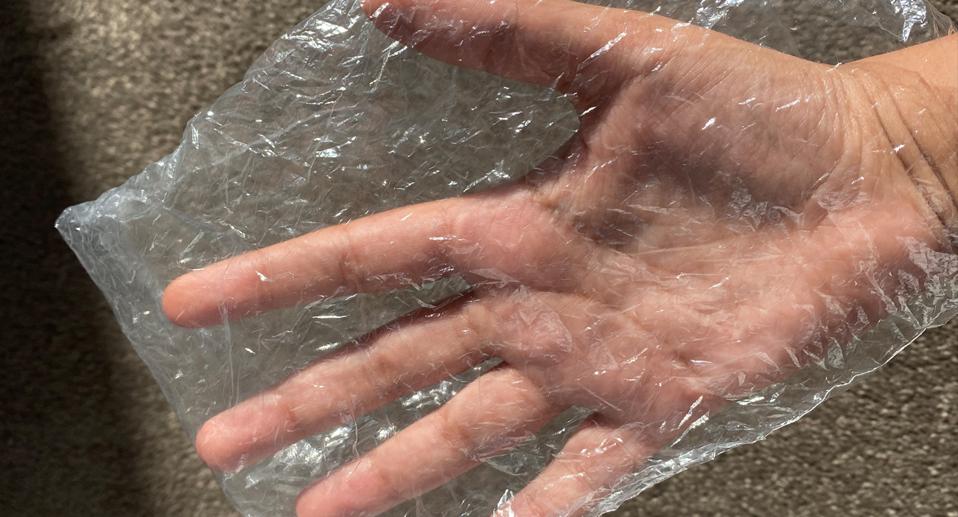 She studied the composition of the shell and extracted chitin from it. This is a carbohydrate found in crustacean shells like lobster, prawn and crab shells. It’s also found in a lot of insects. Arora combined that with fibroin, an insoluble protein found in silkworms. “By combining the two and doing a little bit of chemical processing, I was able to create a prototypes for plastics,” she said.

The mixture of the two organic components created a plastic-like material that decomposed 1.5 million times faster than commercial plastics, breaking down completely within 33 days when exposed to bacteria and temperatures found in landfill sites.

Her invention won her the Innovator to Market Award in the 2018 BHP Billiton Foundation Science and Engineering Awards and recognition at the Intel International Science and Engineering Fair, where she competed against students from over 81 countries. Arora won 4th in the world, as well as a comprehensive scholarship to a prestigious US university. She’s also given a TED talk about her journey so far. 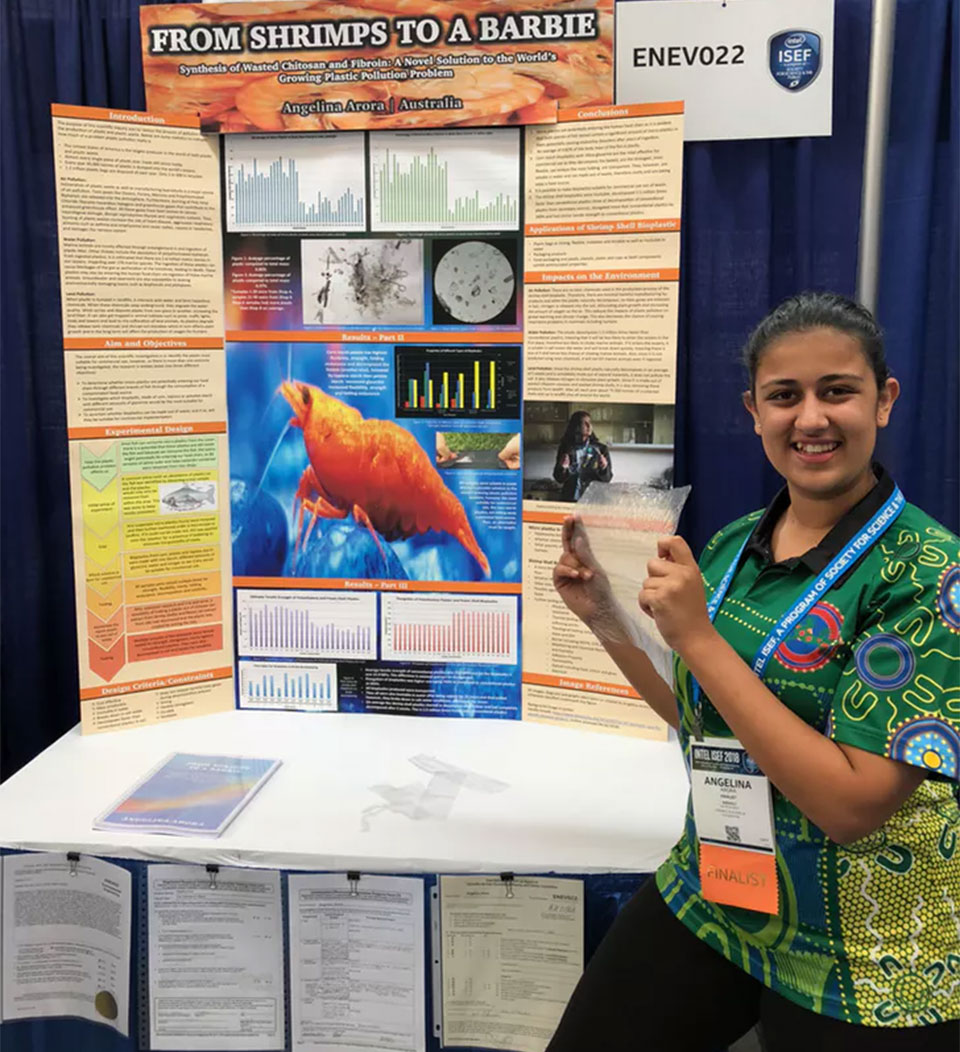