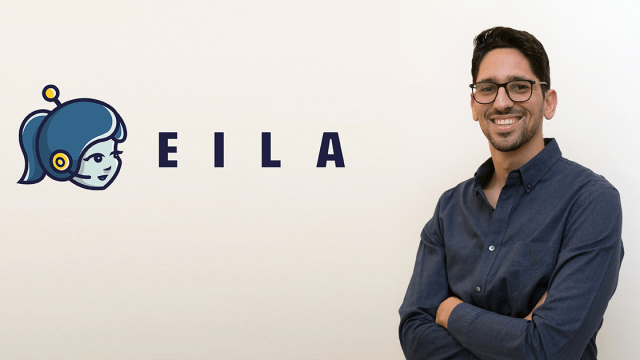 Eila is a chatbot that allows businesses to sell their products over Facebook Messenger. For sporting mega-events, Eila will automate concession sales. Fans will be able to order food, drinks or even merchandise right to their seats.

Following their 2017 Challenge 22 success, a group of Jordanian entrepreneurs have returned to Qatar and thanked the Supreme Committee for Delivery & Legacy (SC) for helping to put their company ‘on the map’.

Samer Tarazi and Aladham Al Qsous, two of Eila’s five members, recently visited Doha as part of a week-long series of mentoring and networking opportunities for winners of one of the SC’s key legacy programmes.

Since winning the competition, Tarazi says the team have experienced a substantial upturn in reputation and exposure.

“Winning Challenge 22 put us on the map,” he said. “We started getting a lot of attention from investors around the region, or people that just wanted to work with us. It added credibility to the product when it was in its really early stages.

“In 2017, it was still being developed and had a lot of issues, but being associated with a big name such as the World Cup via Challenge 22 really helped us.”

Eila is a platform that allows merchants to set up personalised chat bots where they place an automated shopping assistant right within their social media or messaging pages so they can sell their products or services without having to do it manually.

Thanks in part to the exposure generated through Challenge 22, Eila has helped businesses in three countries – Jordan, Nigeria and Uganda – process more than 65,000 orders. A simple Eila Facebook advert helped a Ugandan food truck generate three times the return on investment, while the platform has helped some food and beverage businesses in Jordan to automate up to 15% of their orders.

The idea of an automated bot originally came to Tarazi after his wife had set up a small cake baking business through Facebook. When the business began to grow he noticed a lot of time-consuming issues to face, such as answering customer queries and correcting small errors in the orders.

From there the idea developed to the creation of not only an in-built bot that could help companies sell products and carry out customer service tasks, but also to expand their offerings out to service fans in football stadiums – and allow them to order food, drink and merchandise directly to their seats.

However the product, and company, was still in its infancy when Challenge 22 came calling. According to the team though, winning the competition in the field ‘Internet of Things’ helped propel Eila onto the next level.

And of their dreams for the future, their answer was simple: the sky’s the limit.

“The dream is big,” Tarazi continued. “We want to become one of the strongest players in the market. “We aim to become a mainstream major player in conversational commerce. Helping merchants to start selling within chat and social media spaces using artificial intelligence agents.

“And who knows, maybe we can see Eila in use at the World Cup here in Qatar. That would be the ultimate dream.”