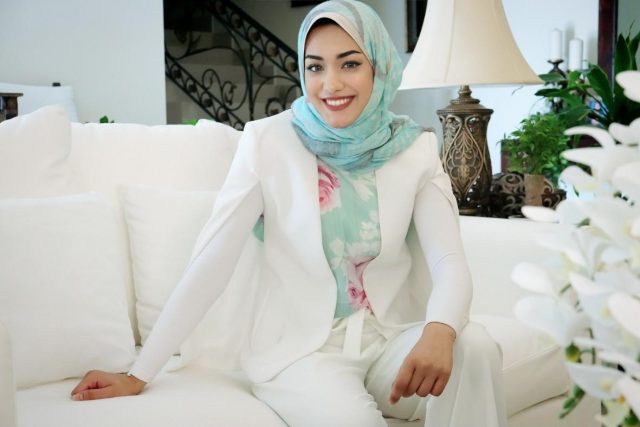 Egyptian Engineer, public speaker and author who is living in Qatar since 2009. She is Currently working as Software Engineer at Al Jazeera Media Network and she has published her first Novel “Baad Al Makhad” or “After the Travail” in June 2021.

She studied Engineering at Qatar University and after the first semester she achieved Excellent scores which made her eligible to be granted the Outstanding Performance Scholarship. She was listed more than once on the Dean’s list and the Vise President’s list, which are honorary lists, after which a university-wide ceremony is held to honor students who excel academically.

She started her career at the age of nineteen, where she got a part-time job that was provided by the university inside the campus. She was tutoring C++ subject to the students who are facing difficulties in absorbing it then she worked as coordinator in student counselling office. In her second year, she became interested in the field of student activities, where she met the president of the university and proposed to him the idea of establishing a student business and he approved the idea and granted her a private office inside the campus through which she manages the project. She also submitted the project idea in a competition held by the Ministry of Communications and Information Technology and won the competition, where she obtained full incubation from the ministry in addition to a special office within the ministry through which her meetings are held.

She managed her business for two years and then moved to the field of public speaking, where she joined the International Toastmasters Organization and decided to transfer this experience to her university colleagues, so she met with the university administration and they agreed to cooperate with the organization. After that, she contacted the organization’s headquarters in California and became the founder and president of the first Arabic speaking club to be held at a public university in the Arab Gulf states. After that, she held several positions in the organization, where she held the position of head of Arab club affairs, and thus she was awarded the title of the youngest district officer in the world and the only Arab, woman district officer in Qatar. As a result of these activities, she was awarded one of the most prestigious student awards, as she was selected by the university panel of judges to win the “Student Leadership Award” of the year, an award given to one male and female student among all the university students, whose number exceeded twenty thousand students in the year in which the award was received. In the following year, she also received the Student Organizations Award, which is given to a student who is a member of student organizations who had clear contributions to achieving the goals of the student organization, and was hosted on television and the newspaper more than once to talk about these achievements. 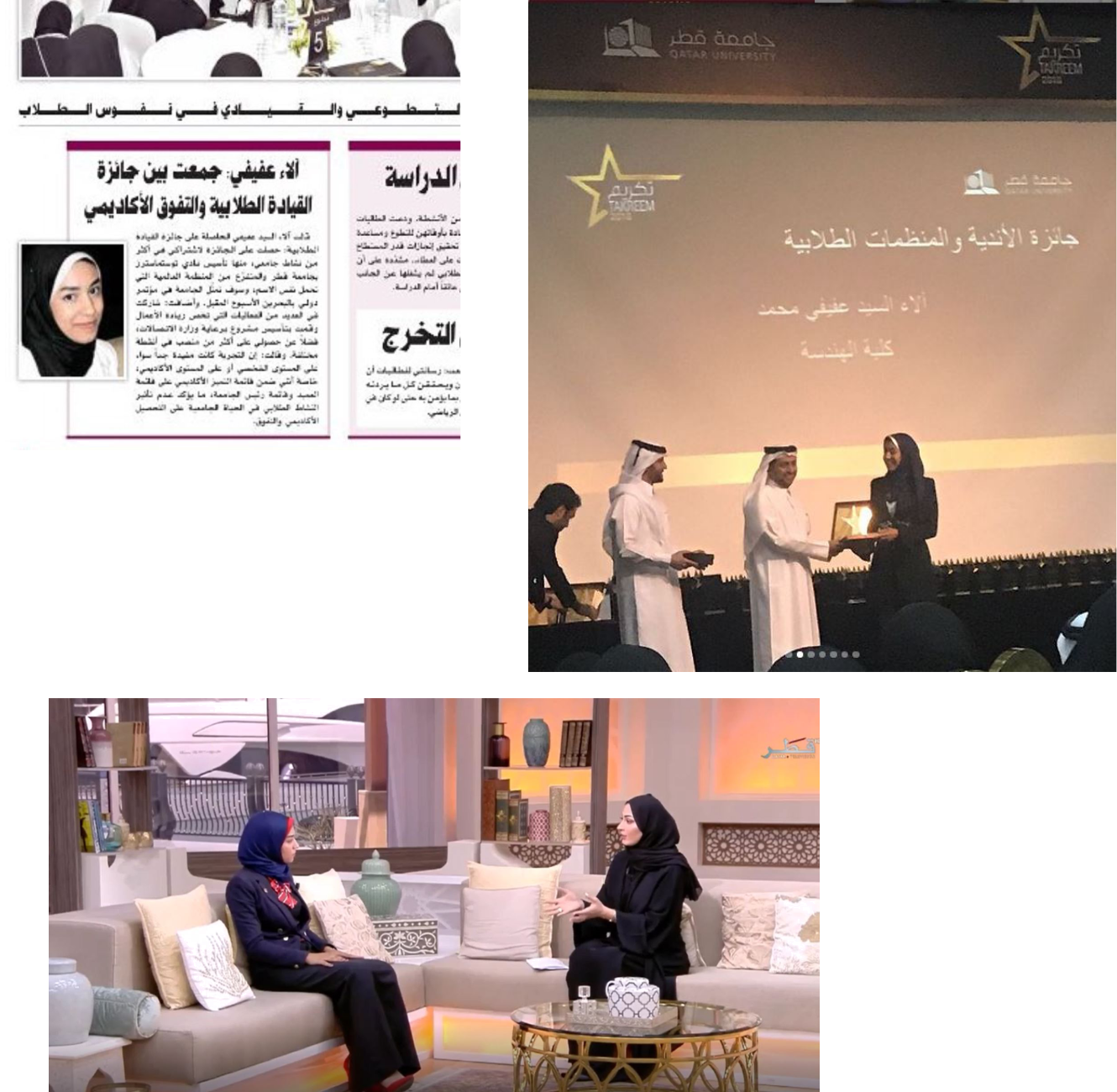 During this period, she represented the club at international conferences in the Gulf countries in the UAE, Bahrain, Kuwait and Qatar, and she was selected to anchor many some of their events in the presence of an audience of nearly a thousand people including VIPS. She also organized the final qualifiers for the Arab Public Speaking Championship at the state level, where nearly 500 people attended the conference, including his excellency Dr. Mohammad Bin Saleh Al- Sada, Former Minister of Energy and Industry. 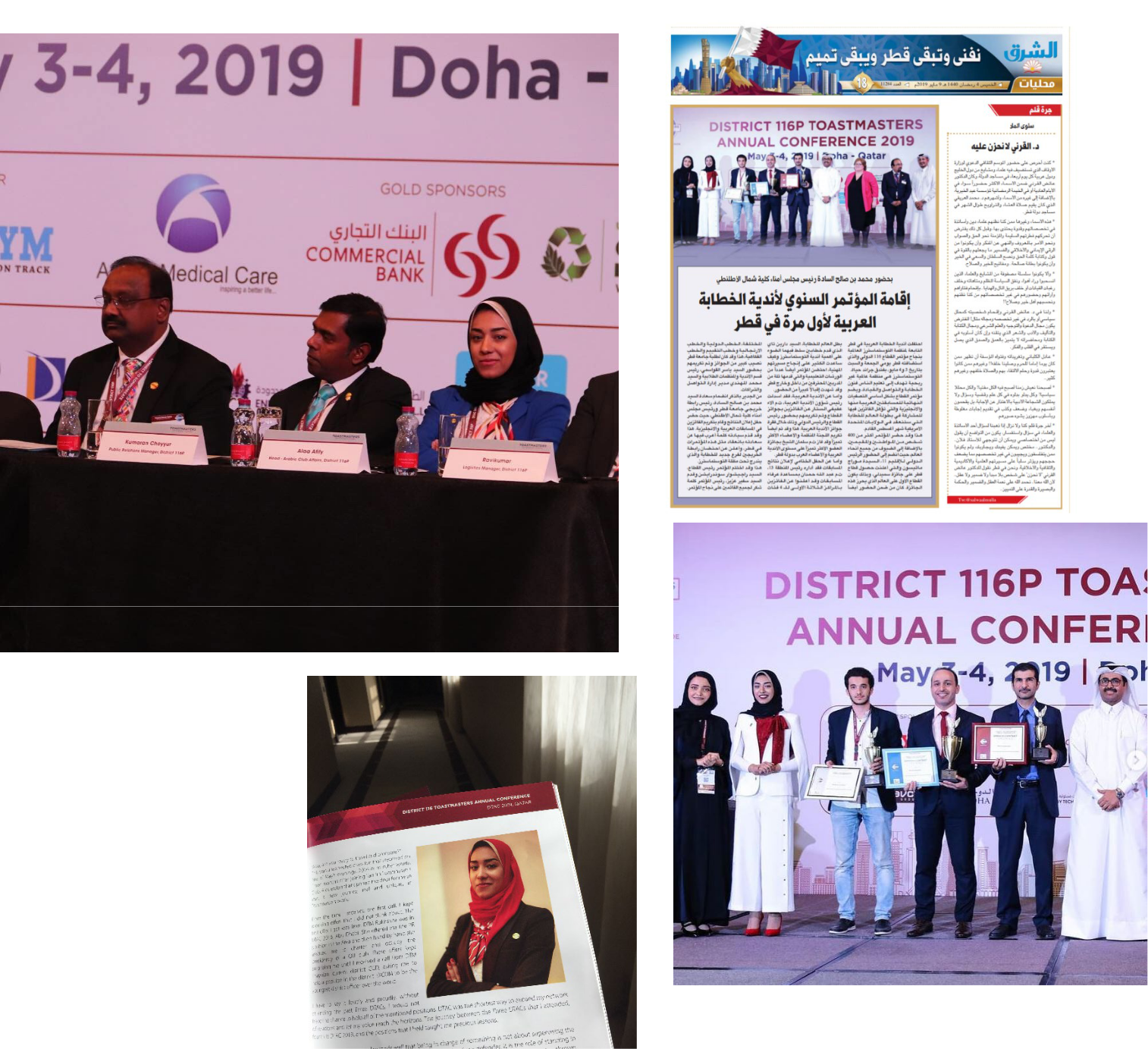 She was also eager that her studies would not be affected by these activities, so she was focusing on education and her graduation project won third place at the level of engineering students majoring in computer science, and she graduated with a very good grade.

After her graduation, she officially joined Al Jazeera Media Network as a business analyst and was subsequently promoted to be a software engineer and is currently holding that position. 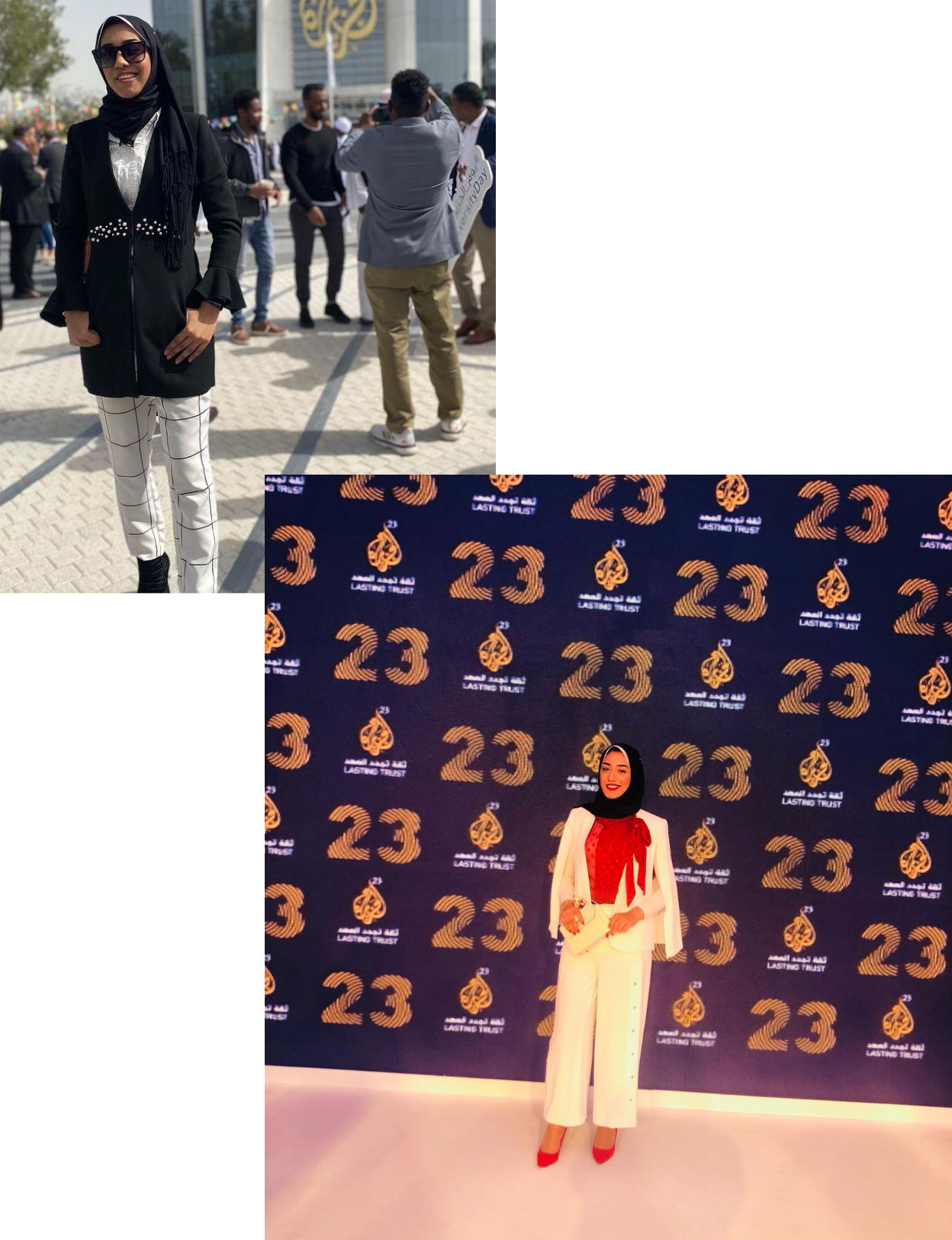 During the quarantine period, she learned many new hobbies. She self-learned the basics of piano and later moved on to swimming and equestrianism, and these hobbies became an integral part of her weekly activities. 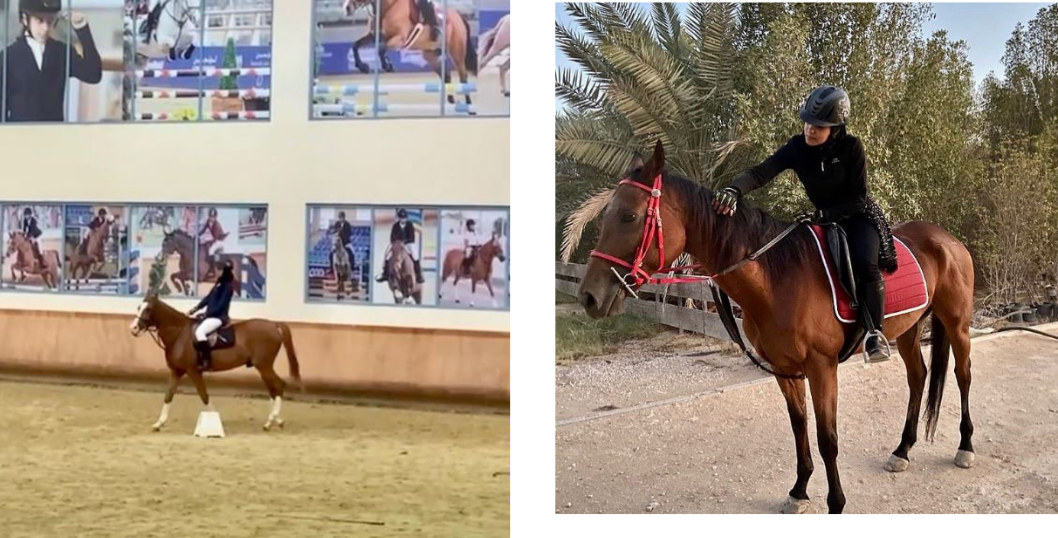 She is also in love with reading and writing, following the example of her father, the legal counselor, who published many legal books in most countries of the Arab world. She published her first novel in June 2021 and it presented at the 52nd Cairo International Book Fair and will be available in most bookstores in Qatar and Arab countries soon. She was also hosted in the national Egyptian TV, Channel 2 to speak about her journey and her book. Alaa is still discovering the hidden parts of her mind and soul and she believes that the most exciting and brave adventure human can do is to sail deep inside their souls.