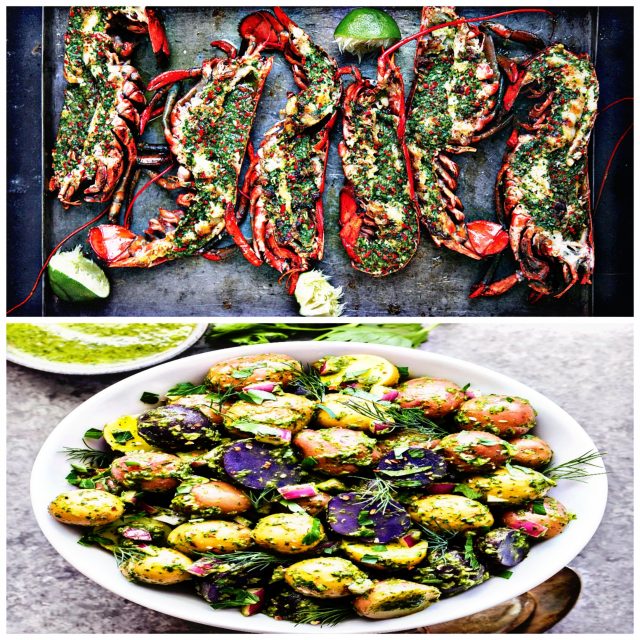 Grilled Chimichurri Lobster and Chimichurri Potato Salad is the easiest feast to come off the grill! A simple chimichurri made with good olive oil and red wine vinegar adds zing to grilled lobster and an herbed potato salad.

For The Chimichurri Sauce:

For the Potato Salad:

For the grilled lobster:

For the Grilled instructions – Make the Chimichurri sauce: 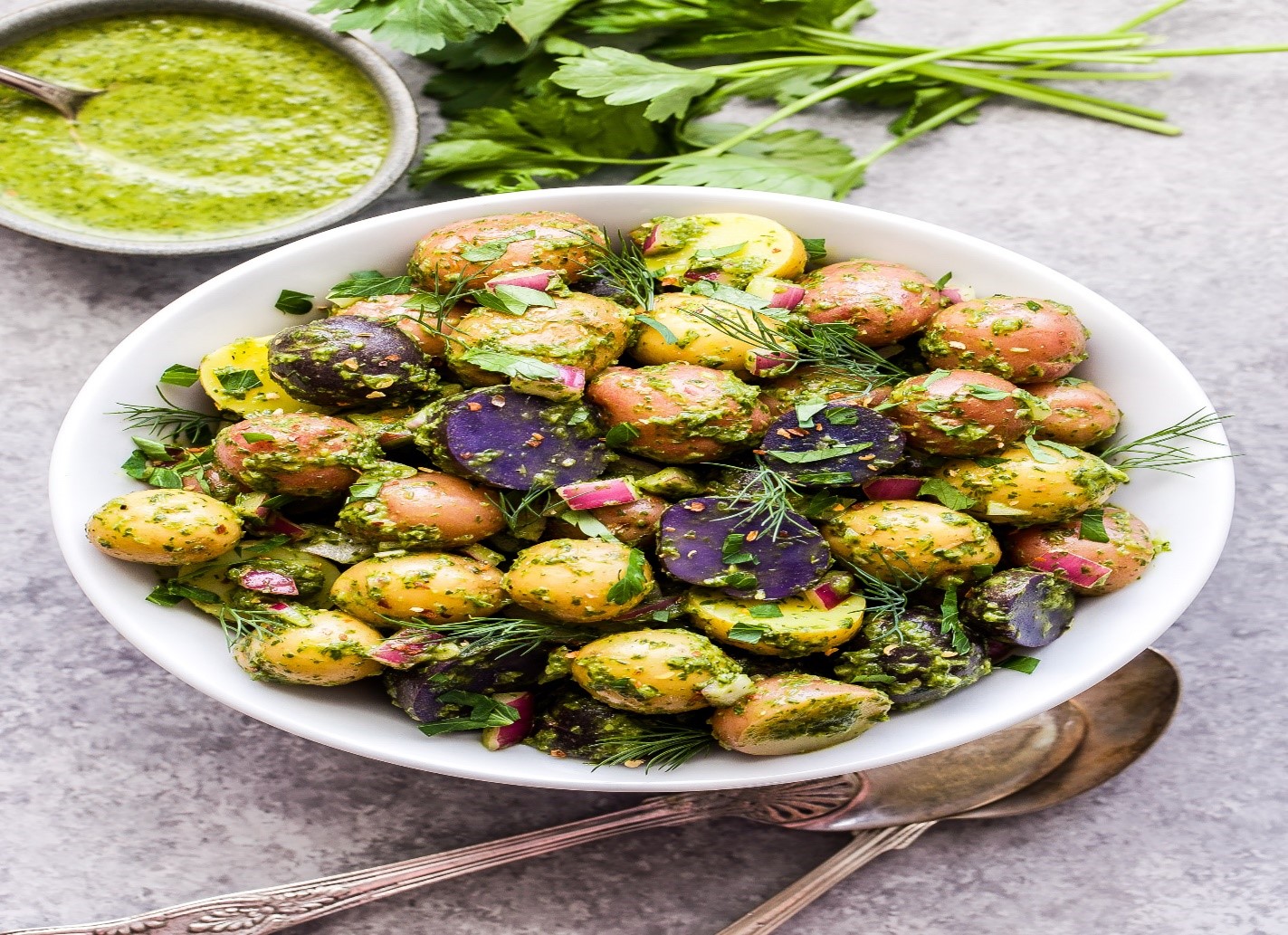 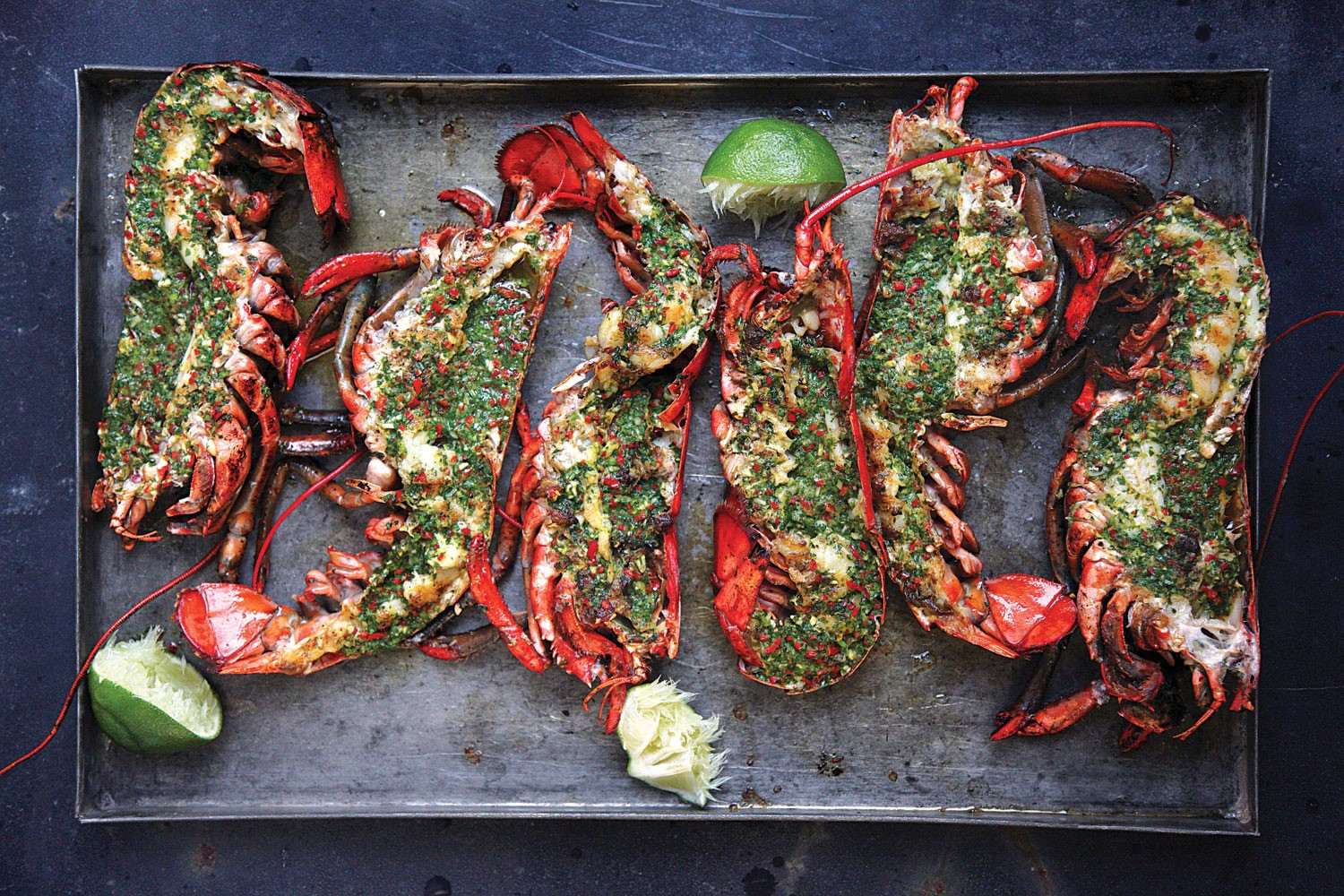 Notes from my kitchen:

Make it ahead: prepare the chimichurri sauce and potato salad the night before you plan to serve this meal. All that’s left is to grill the lobster! Alternatively, you could also grill the lobster in advance and serve it cold.

I equally pay attention to people health and would like to provide health benefits with every dish which goes out of my kitchen. 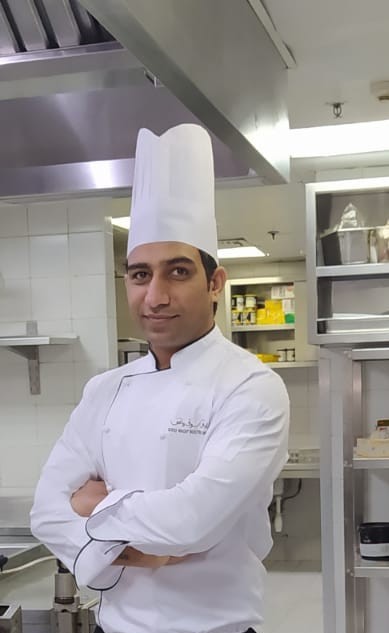 The young chef—graduated from the, Institute of Hotel Management, Faridabad, India and trained under heavyweights such as Chefs Sagar and Chef Ramzi Fitouri (French Restaurant Named – Lange Doux in Kuwait & Souq Waqif Hotels in Qatar). He was offered the job of a flight steward at 18, but instead, chose to train with JW Marriot Aero city in Delhi, India.