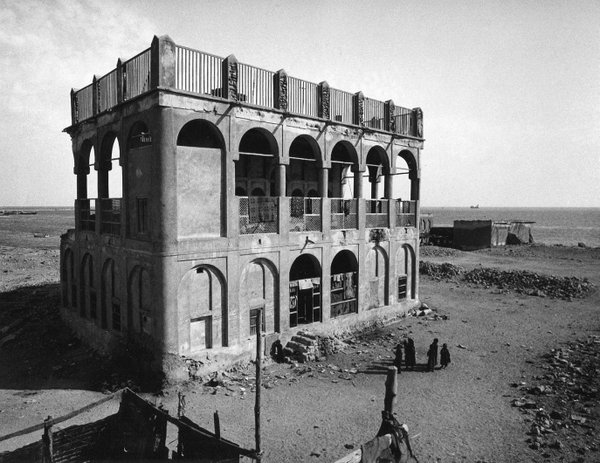 Founding of the State

The timeline of Qatar’s modern history begins in the eighteenth century when all tribes gathered under the rule of the Al Thani family. This paved the way for more stability in the country, independence from neighboring countries, and the forging of balanced relations with different influential parties in the region.

In 1868, Sheikh Mohammed bin Thani signed an agreement with the British authorities in the Gulf that recognized Qatar as an independent political entity. By virtue of this agreement, Britain promised to protect Qatar against any external aggressions.

In the last quarter of the nineteenth century, Qatar was under the control of the Ottoman Empire. Qatar maintained its ties with the Caliphate State under the rule  of Sheikh Jassim bin Mohammed Al Thani,  despite differences in opinion over some issues,  until his  demise (17 July 1913) and the outbreak of  the First World War.
In 1916, Sheikh Abdullah bin Jassim Al Thani signed the 11-article Anglo-Qatari Treaty while registering his reservation on three of these articles, which he believed encroached on national sovereignty. These are:

In articles 2, 10 and 11, Britain pledged to protect Qatar from all sea aggressions, and from foreign interference in its internal affairs.

Sheikh Abdullah renewed this treaty in 1935, and the first oil concession agreement to explore oil in Qatar was signed with the Anglo-Persian Oil Company. Furthermore, he agreed to the appointment of a British Political Resident in Qatar, although this only took place in 1949, making Qatar the last Gulf country to agree on this move.

The first oil strike took place in the  end of 1939, however exploration activities came to a halt during World War II. This coincided with a decline in the pearl diving industry and a recession in the natural pearl market, which led to the deterioration of economic conditions. Things began to change in the early 1950s when the impact of oil exportation began to appear in Qatar.

In the 1960s, Qatar managed to participate in international events, by acceding to UN organizations such as the UNESCO and the World Health Organization (WHO); and partaking in the conferences  of oil-producing countries.

On January 1968, the British government withdrew its troops from East of Suez, thus putting an end to the protectorate era with Arabian Gulf States rulers.
Sheikh Ahmad bin Ali Al Thani—ruler of Qatar at the time—Issued Law Decree No. (11) of 1969 establishing the Department of Foreign Affairs, which was the nucleus of the Qatar Ministry of Foreign Affairs later on.

The first Qatari Constitution was ratified in April of 1970 under the form of an Interim Basic Statute that stipulated the formation of the  first Council of Ministers. Accordingly, Decree No. (35) of May 29, 1970 was issued to form a Cabinet and set the competences of its ministers and functions of other government agencies as stipulated in the Statute.
The Cabinet, which was consisted of ten ministerial portfolios, convened for the first time on June 3, 1970.

On September 3, 1971, HH Sheikh Khalifa bin Hamad Al Thani, the then Heir Apparent and Prime Minister, declared the dissolution of the 1916 Treaty heralding a new phase in the country’s history with the government taking over the reins of power and declaring Qatar as an independent state.

The Founding Sheikhs and successive Amirs: 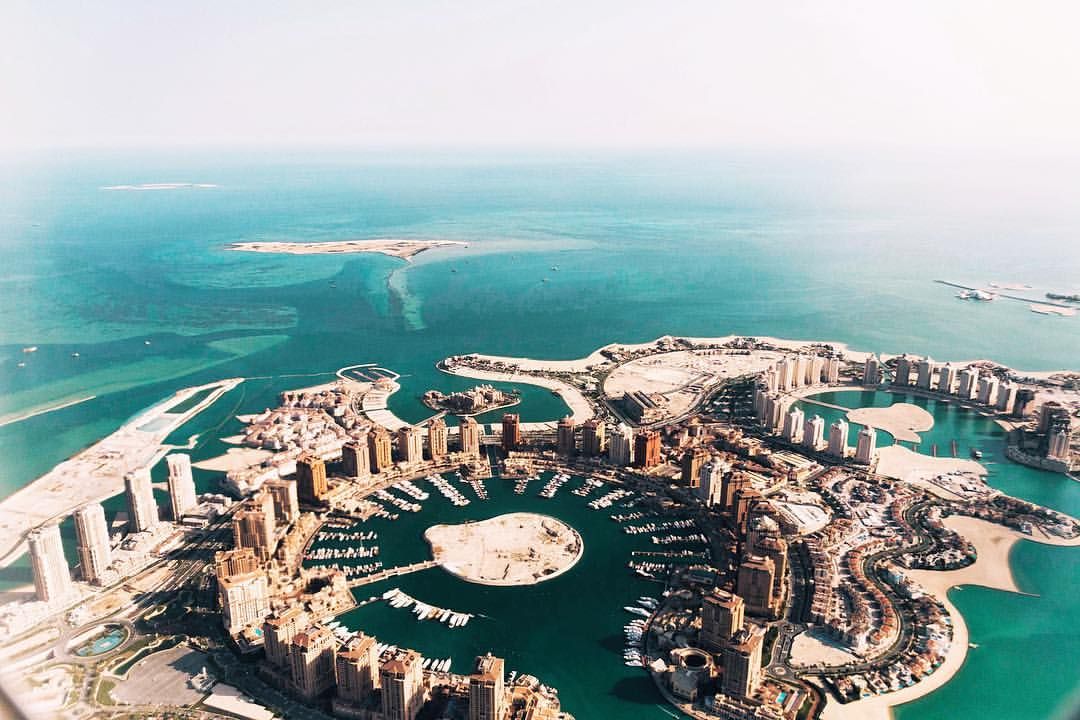 Glimpses into the History of Qatar

The history of Qatar dates back to thousands of years ago. Archaeological findings in different areas of Qatar depict drawings that give insight into some ancient civilisations in the region. Relevant artifacts suggest that Qatar has been inhabited since the 4th millennium BCE.

Ancient Roman and Greek historians used different phrases to refer to the word ‘Qatar’. It is not unlikely that Canaanite groups, which were famous as seafarers and maritime traders, were the first to inhabit the land of Qatar.

Qatar has been influenced by many civilisations, such as Mesopotamia, India and Sind, thanks to its distinguished geographical location.

Like other Arab Gulf coasts, the coastal line of the Qatari peninsula was a crossroad of sea trade routes, and the scene of conflicts and wars between various peoples.

During the pre-Islamic era, Qatar was inhabited by ethnic Arab tribes such as Bakr Bin Wael and Abdul Qais. Ancient Arabs mentioned famous Qatari camels in their poetry, and highly valued Qatar’s fine woven textiles and Bordas (cloak-like garments). They also lauded the remarkable skills of crafting and calibrating spears by the Qatari people.

After the advent of Islam in the region, at the time of Prophet Muhammad (PBUH), some Islamic conquests used Qatar’s coasts as a stepping stone on their way to the east coast of the Arabian Gulf.

The Arabian Peninsula region, including Qatar, remained under the reign of righteous Caliphs, and then the Umayyads and Abbasids, until the dominion of the Qarmatians (‎Qarāmita).

One of the most famous Qataris in the early age of Islam was the poet and cavalryman Abu Ne’ama Qatari ibn al-Fuja’ah  (died 78AH-697AC). He was a leader and prominent Arab figure at the time, and in addition to his courage and valiance, he was a noted Arab orator for his poetry and eloquence.

At the outset of the sixteenth century, the Portuguese landed on the coasts of the Arabian Gulf. In one of their incursions, they attacked the villages along the Qatari coast and wrought considerable havoc therein.

In 1537, the people of the Gulf, including the Qataris, allied with ships from the Turkish fleet, to ferret the Portuguese out of their positions. Subsequently, Qatar came under the Ottoman dominion, similar to other countries in the region. Later, Qatar witnessed the rise of many tribal entities that enjoyed a direct influence, such as Bani Khalid, which ruled a swath of land spanning Qatar and Kuwait.

Meanwhile, Zubara became one of the most important and prosperous sea ports in the Arabian Gulf as transit trade centre for exporting goods into Arabia. It was also famous for pearl trade boom with the rest of the world, and became a hub and domicile for a large number of traders from Basra and the rest of the Gulf.

The country remained an unstable landscape awash with attacks and conflicts of warring tribes and ambitious powers until the Al Thani family, under the leadership of Sheikh Mohammed bin Thani, who succeeded around the sixties of 19th century in unifying Qatari tribes to establish an independent entity that evolved into a principality at the hand of his son, Sheikh Jassim, in 1878.

The former Sheikhs of Qatar managed to plow their way through a plethora of troubles and hardships to overcome the obstacles hampering development and stability, such as tribal conflicts, regional wars, and the then lying low British ambitions, in addition to lingering economic and security challenges.

At the international level, the Qatari leadership had entertained and maintained good ties with all influential powers in the region, while preserving their own independence on decision-making and vision.

British-Qatari relations were determined by the first treaty signed between the two parties in 1868, by Sheikh Mohammed bin Thani with Colonel Lewis Pelly, a British resident in the Gulf.

This was followed by the 1916 Treaty, signed by Sheikh Abdullah bin Jassim Al Thani and the British government, which culminated in the withdrawal of Britain from the Gulf and Qatar’s declaration of independence on September 3rd, 1971, during the reign of Sheikh Ahmad bin Ali Al Thani. 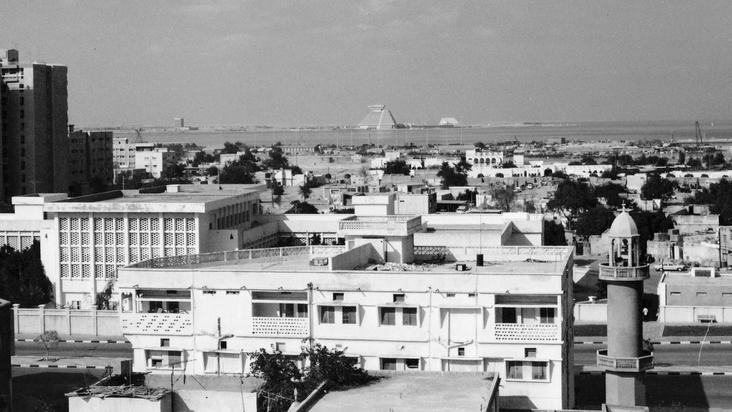 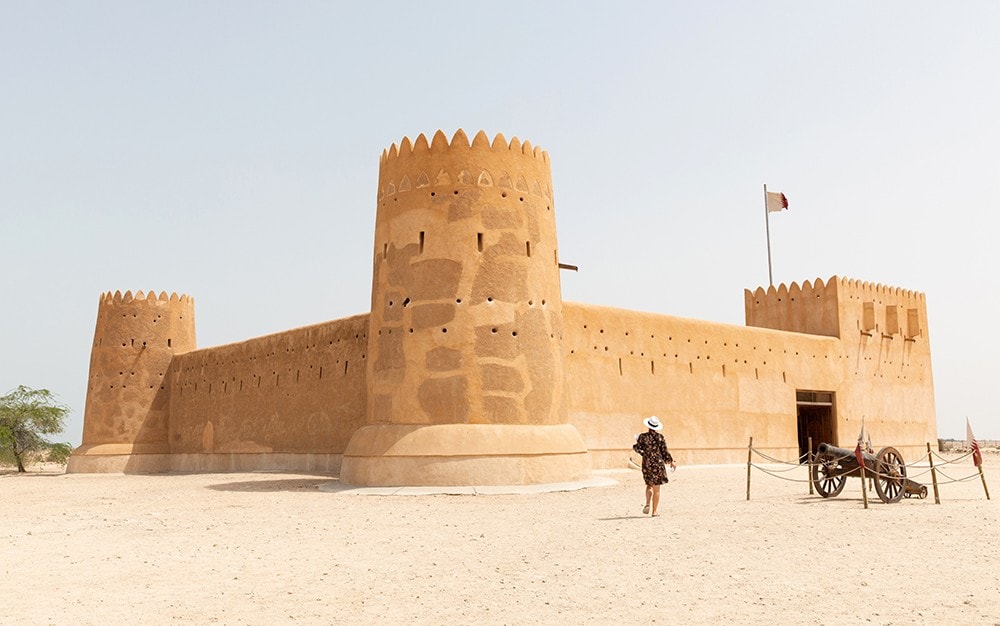 History of the Ruling Family

At the beginning of the eighteenth century, many tribes and families trekked from Najd and relocated to Qatar due to poor economic and social conditions. Qatar’s sea ports at the time were the main factors influencing immigration for the people who lived in Arabia’s hinterland, in view of the ports’ flourishing and booming trade culture.

According to historical sources, ancestors of the Al Thani family migrated from “Eshaiger” in the “Al Washm” area of Najd and settled in the town of “Yibreen”, south-east of the peninsula of Qatar. They moved from there to “Askuk” in the south of the country, and then to Ruwais, Fuweiret, and Zubarah in the north, where the forefather of the family, Sheikh Thani bin Mohammed was born. Afterwards, the family settled in Doha and took over the process of founding of the Emirate of Qatar.

It is known that the Qatari tribes that settled in the Qatari peninsula were not enjoying a coherent political status to establish a principality until the mid-nineteenth century. However, the strength of the Al Thani family developed, and the pearl trade generated increased wealth during that period. Accordingly, their social and financial status improved, enabling them to unify the tribes and lead the country amid very turbulent circumstances, triggered mainly by the then British-Ottoman rivalry over regional control.

In 1848, the Al Thani family arrived and settled in Doha, where Sheikh Mohammed bin Thani became the leader of his clan after his father passed away. He extended his power over various parts of the country and unified all of the Qatari tribes under one banner.