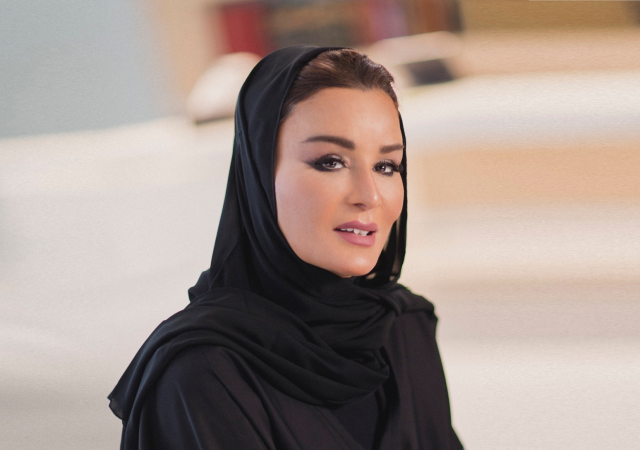 Her Highness Sheikha Moza bint Nasser born in Al Khor, Qatar on 15 January 1959 is the consort of Sheikh Hamad bin Khalifa Al Thani, former Emir of the State of Qatar. Since 1995, Sheikha Moza has led education and social reforms in Qatar and has founded national and international development projects.

Her father Nasser bin Abdullah Al Missned was an affluent merchant, a well-known opposition activist, the former head of the Al Muhannada confederation of Bani Hajer and an outspoken man. He took his family into self-imposed exile to Kuwait when things got bad in Qatar after he spoke out against the government of the time. He returned with his family to Qatar in 1977 which was also the year H.H. Sheikha Moza married H.H. Sheikh Hamad and became his second wife.

At the time, H.H Sheikh Hamad was the Heir Apparent of Qatar. When he became the Amir of Qatar, H.H. Sheikha Moza became his consort and the first wife of an Amir to be seen in the public eye. Since then, she has continuously been involved in the social and political facets of Qatar’s government, as well as at international events. Both, husband and wife, have always complemented each other and transformed Qatar into the progressive, prosperous country it is today.

Her Highness Sheikha Moza bint Nasser has been actively engaged in education and other social reforms in Qatar for many years and has played a major role in spearheading national and international development projects.

Domestically, she currently serves as Chairperson of Qatar Foundation for Education, Science and Community Development (QF), a private non-profit organisation founded in 1995. Its flagship project is Education City, which serves as a hub of academic excellence and houses branch campuses of renowned international universities and institutions. QF is also engaged in numerous scientific research and economic and social development projects. In addition to her work at Qatar Foundation, Sheikha Moza served as the Vice Chair of the Supreme Council of Health from 2009-2014 and as the Vice Chair of the Supreme Education Council from 2006-2012. In these roles, she helped enact major top-down reforms of Qatar’s public schools and healthcare system. More recently, she chairs Sidra Medicine, a new training and research hospital that opened its doors in 2016 and is set to become a leading institution for women and children’s specialty care. Internationally, Her Highness launched Education Above All (EAA) in 2012 – a global initiative that aims to foster development and generate a global movement, with a particular focus on areas affected by poverty, conflict and disaster, the needs of children, and the empowerment of youth and women. EAA is working through a number of programmes such as Educate a Child (EAC), Protecting Education in Insecurity and Conflict (PEIC), Al-Fakhoora and Reach Out To Asia (ROTA). 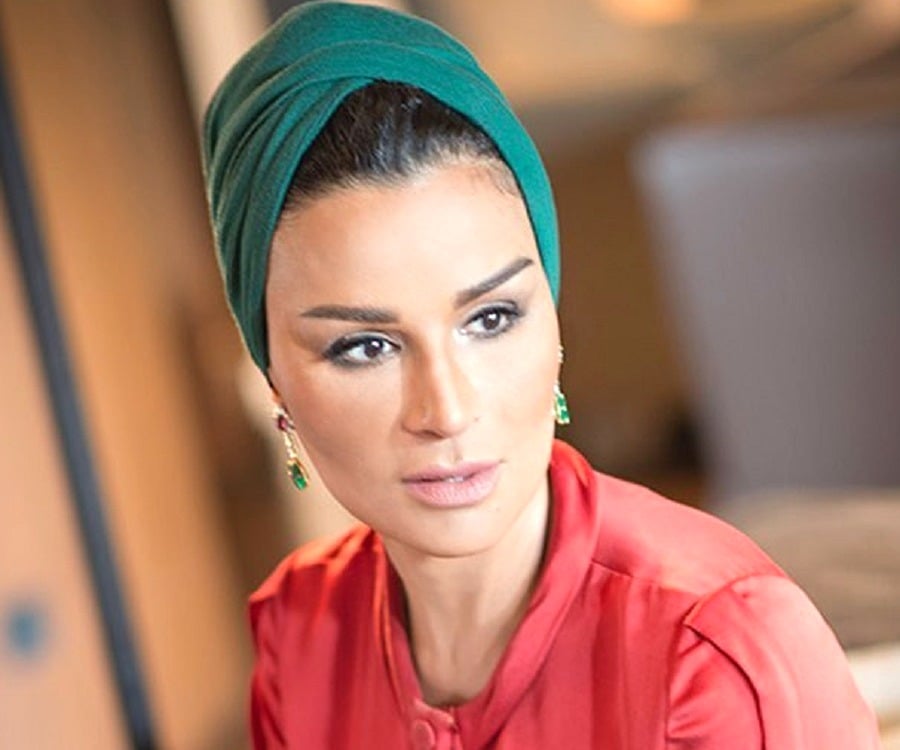 Her Highness also launched the Silatech initiative in 2008 to address the growing challenge of youth employment in the Middle East and North Africa, which followed her appointment by the Secretary General of the UN as an Alliance of Civilizations (AOC) Ambassador.

Her Highness also plays an active role with the UN to support global education. She was appointed as a United Nations (UN) Advocate for the Sustainable Development Goals in 2016, and was previously a member of the UN Millennium Development Goals Advocacy Group with a special emphasis on Goal 2 – universal primary education. Her Highness serves as a UNESCO Special Envoy for Basic and Higher Education, through which she launched multiple projects including the International Fund for Higher Education in Iraq. In 2012, she was appointed as a Steering Committee Member of the UN Secretary-General’s Global Education First Initiative. The initiative aims to put every child in school, improve the quality of learning, and foster global citizenship.

Among Her Highness’s many honours are the Carnegie Medal of Philanthropy and the George Bush Award for Excellence in Public Service. In 2009, she was inducted into the Academie des Beaux Arts de l’Institut de France. In 2007, Sheikha Moza was presented the prestigious Chatham House Award for her contributions to improving international relations.

Her Highness holds a Master of Arts (MA) in Public Policy in Islam from Hamad bin Khalifa University’s Qatar Faculty of Islamic Studies, and graduated from Qatar University with a degree in sociology. She has also been awarded honorary doctorates from Virginia Commonwealth University, Texas A&M University, Carnegie Mellon University, Imperial College London and Georgetown University. 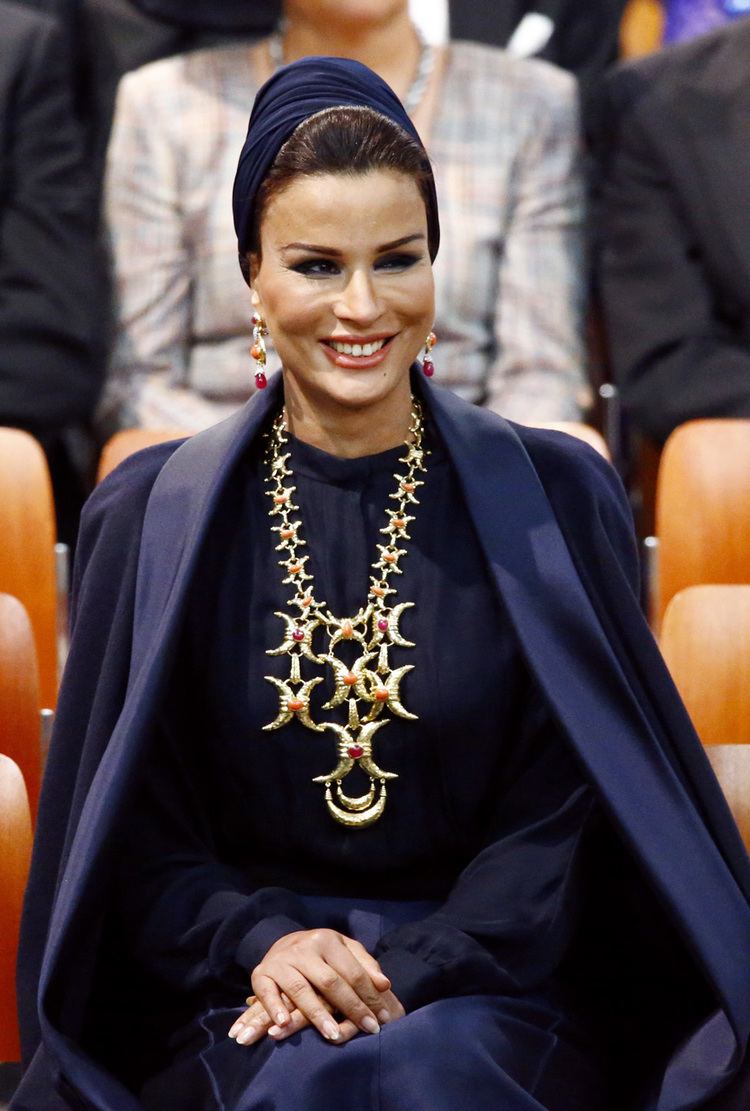 The royal couple has five sons and two daughters: 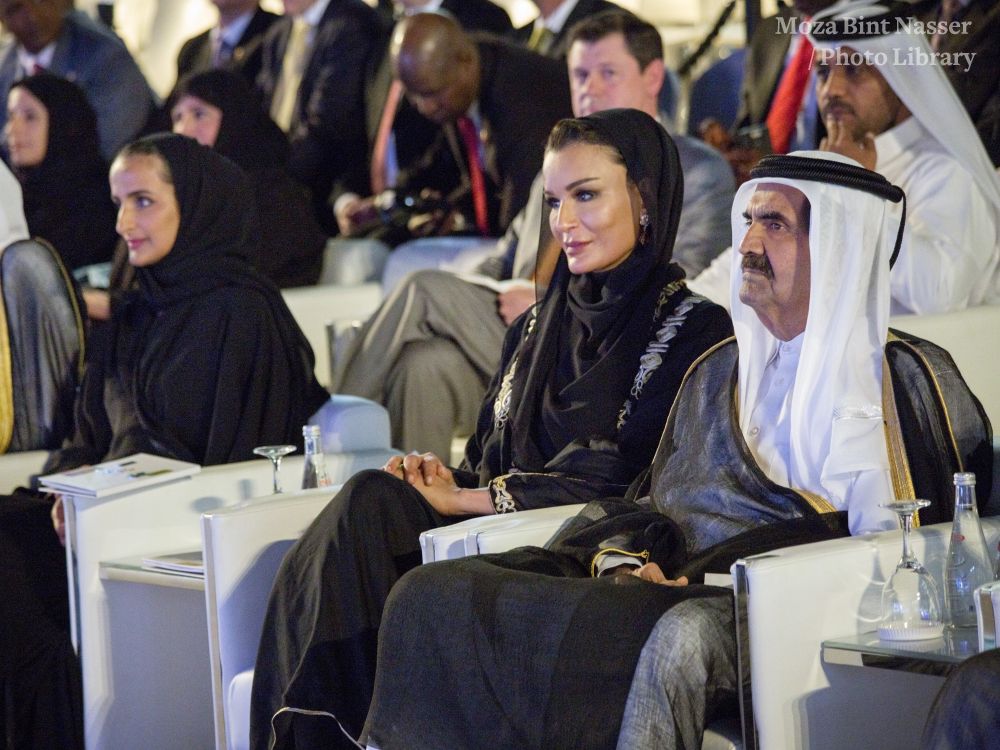