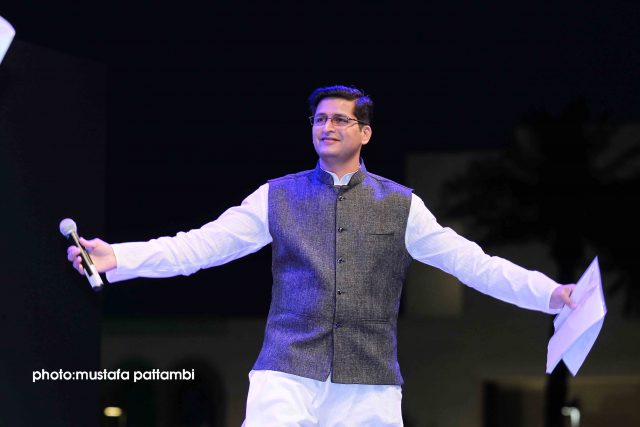 Simply put, my life journey can be summarized in a quote “always keep your dreams alive and keep them coming true“. Dreams are essential part of any child’s life and I was no different. Whenever I saw a plane, I wanted to become a pilot. On visiting a clinic, I was inspired to become a doctor, in school a teacher and the list goes on and on. It was not until I got on to the stage for the first time during my kindergarten annual gathering in Pune that I felt more attached to performing on stage. Well it was less than a minute performance of mine in a group of 10 however the audience claps later felt as if those were for me only. I am sure this incident got into my sub-conscious mind and stayed with me to date.  The appreciation from my parents, teachers and friends elevated my spirit and that is how I developed my love for stage. 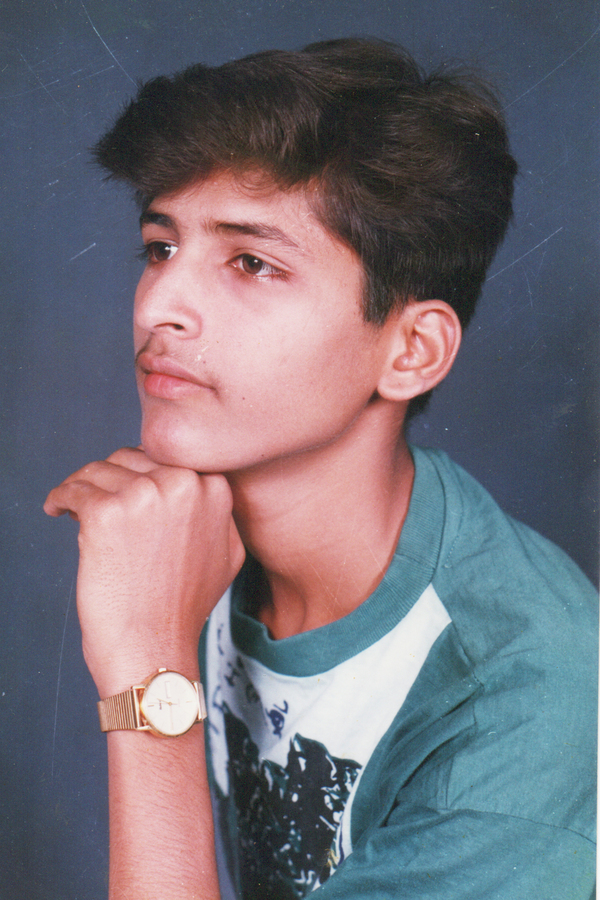 I suddenly became confirmed candidate for all yearly school gatherings up until my 09th. I vividly remember in my 06th grade, I had played roles in 04 different skits and all the roles were quite contrast to each other. While one was a mythological character, the other was a drunkard, I played policeman in the 03rd skit and the last skit had me play a woman’s role as well donning a saree (an Indian attire worn only by woman). It was quite exhausting remembering dialogues, position and cues for all the 04 skits, running between skits for attire change and make – up for all the different roles and making it in time for the skit. Though it was tiring, it was equally satisfying at the end. All the attention and praise after was an immense confidence booster. My capabilities were tested to the fullest that point in time. I was an instant hit and became well known in the entire school. Boy did I enjoy all the attention I used to receive.  Not surprisingly stage performance was a clear choice for me superseding all other dreams that I had chosen.

Everything seemed perfect however I never knew I will have to take a forced sabbatical. All thru my college and even my professional life I never really got any opportunity to get on to stage for anything. Also lack of knowledge, proper guidance and social pressure got me to pursue Engineering instead. Frankly I am not even aware when my dream ended. When I got so busy with what I was doing that I totally ignored what I really wanted. Having said that, I am not at all regretful of how my life has shaped as I always kept my dream alive with the hope to make them come true. This was also the period during which I got married to Vaishnavi in 2000 and later expanded our family with our Sons Varad in 2002 and Naman in 2007. This time gave me a lot of satisfaction on family front. 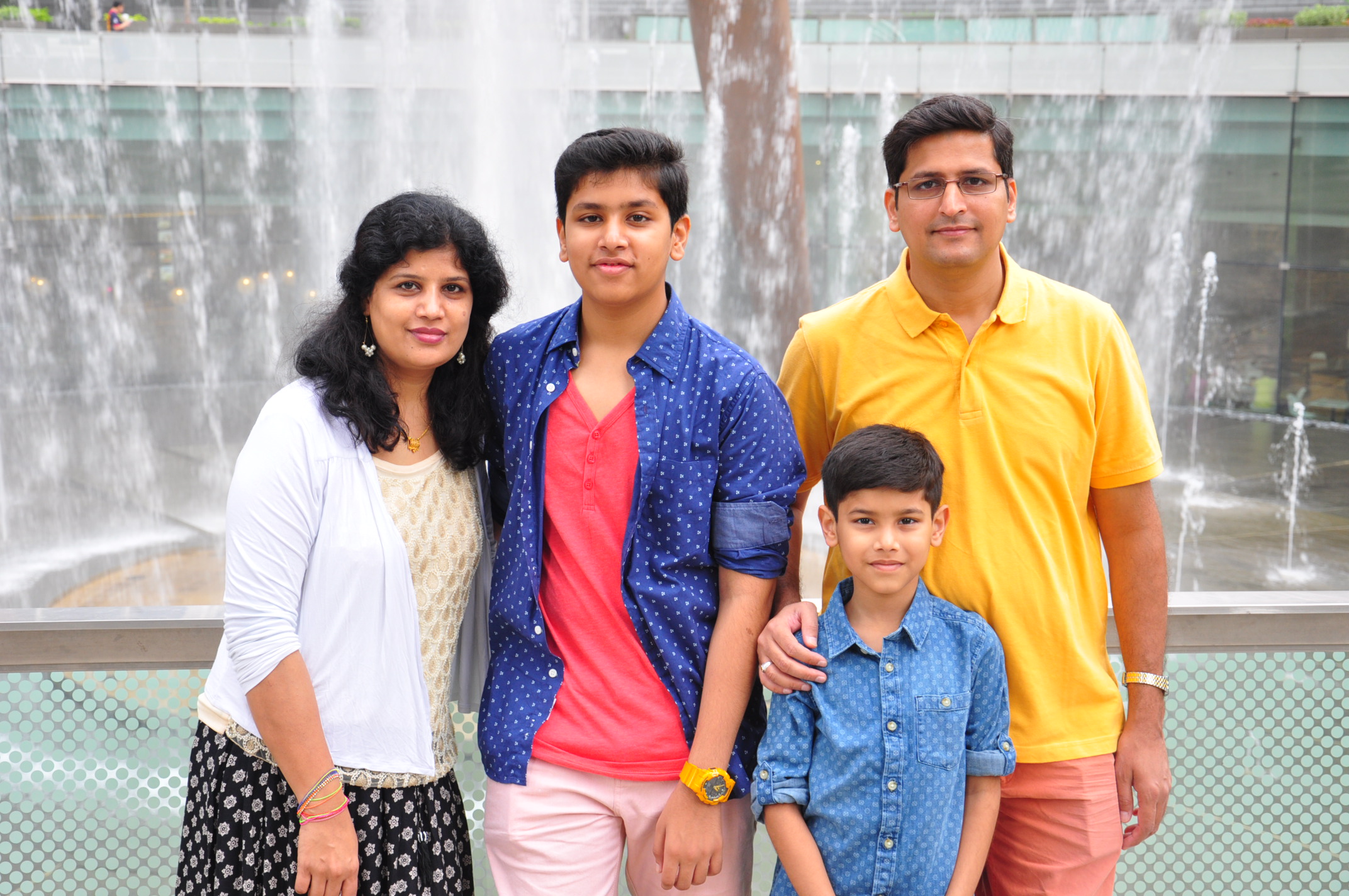 It was in July in 2008, I got an opportunity to come to Doha Qatar for a job assignment. My life was about to take a turn for something good. In 2009 I got introduced to a club called the Toastmasters Club thru an event my company had sponsored. That was the turning point for me. I got to speak on the stage after a long wait of 16 years. I joined the club and there was no looking back. I discovered, while giving my regular speeches, that I had a natural humorist in me. I started speaking in my club and contests. In the next 3 years came the most awaited moment for me to date. There I was as a contestant in 2013 DTAC in Dubai … the most magnificent stage I ever performed on – 833 eyes staring at me. The hall was so big they had 3 cameras covering me and screening it live on giant screens on both sides of the stage. The District comprised of 07 countries viz Qatar, Bahrain, Kuwait, Oman, UAE, Jordan and Lebanon. So being in the Top 06 of contestants among these 07 countries was a huge confidence booster for me. I further went on to be second runner up in ICC ONE Championship again in Humorous speech category in 2015. 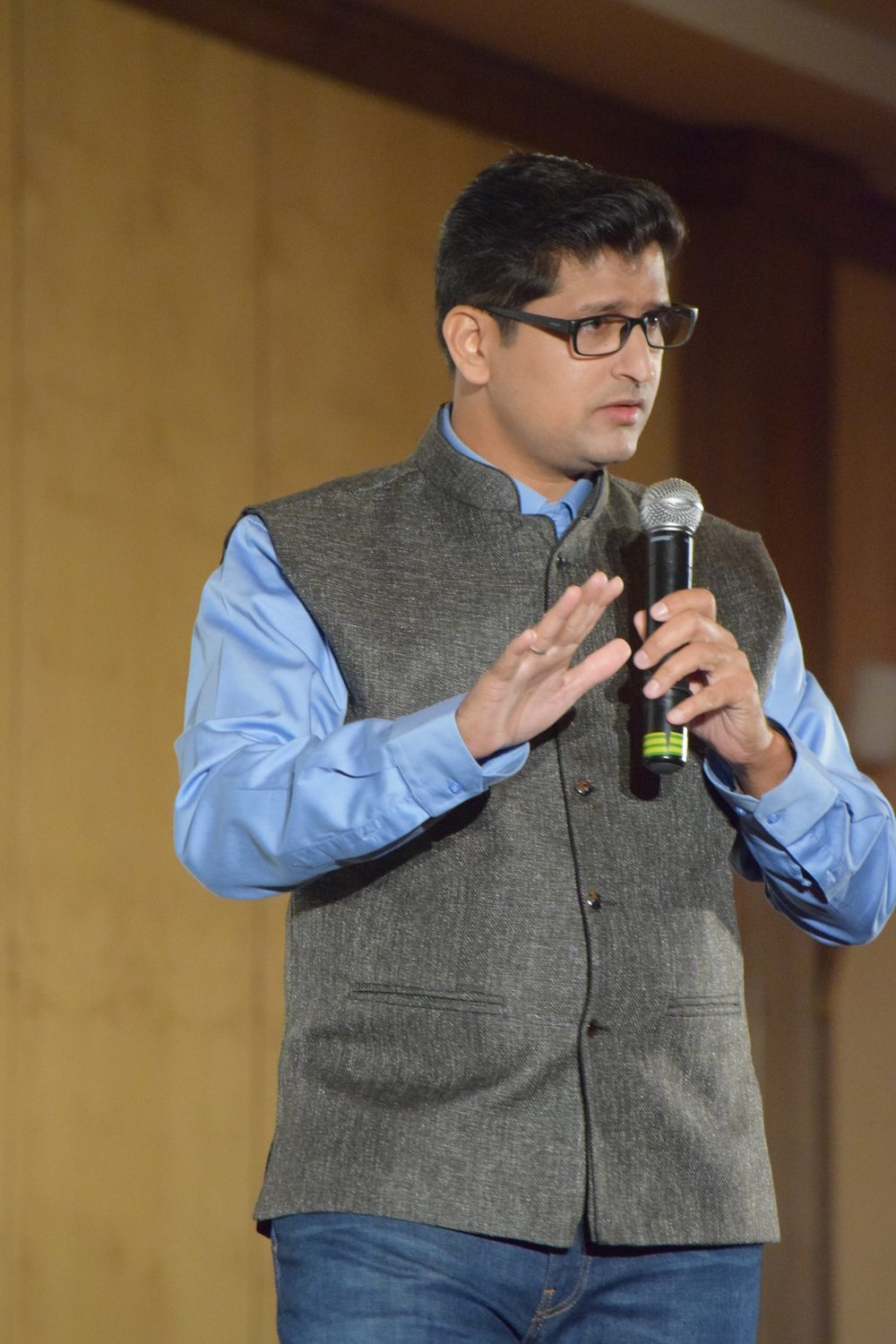 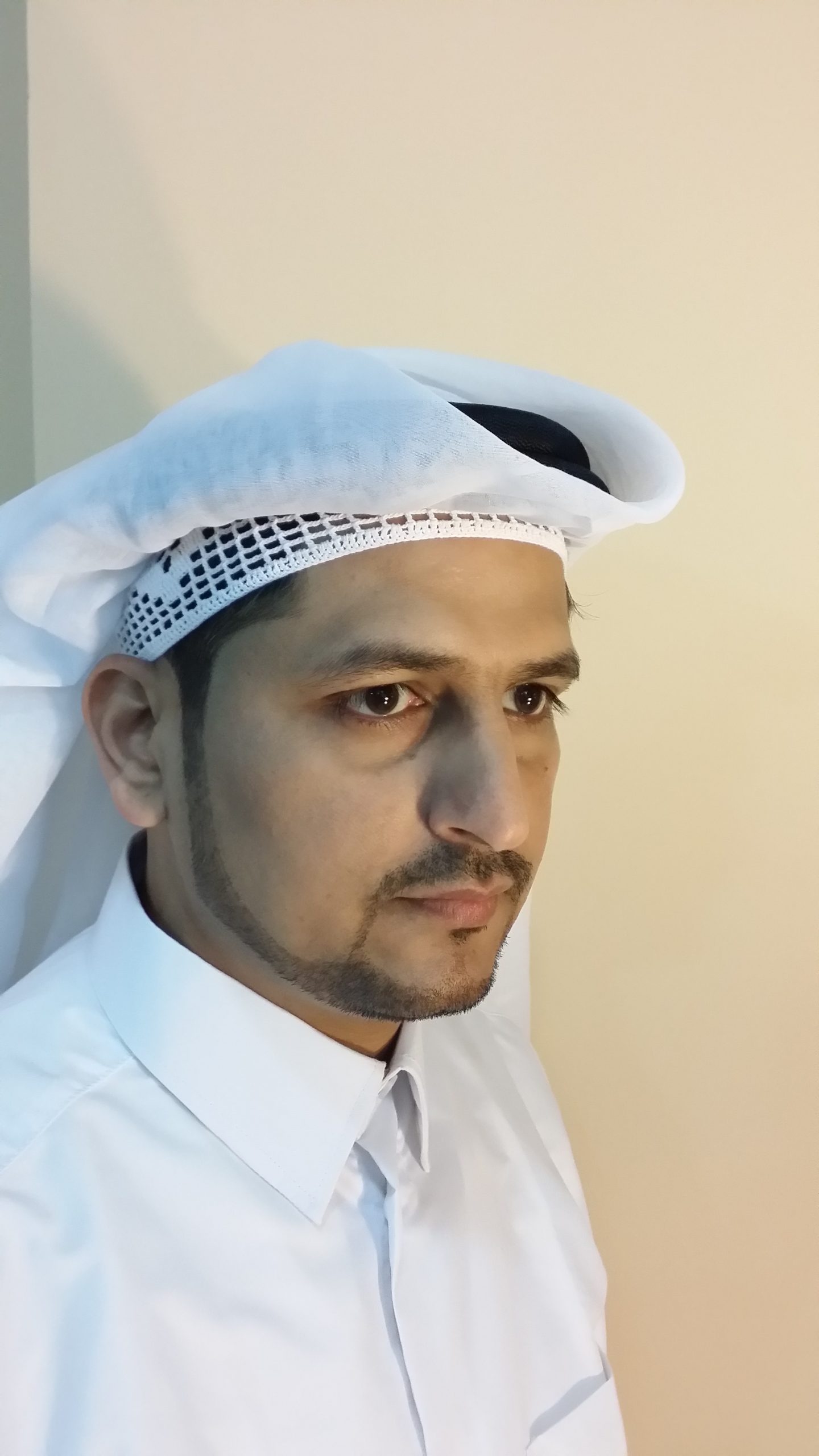 I believe I had just about established myself as a speaker by then and then I started exploring other arenas to perform. All this while taking due care of my job responsibilities as well. My humorous knack came in handy when I was required to host an award ceremony in a light humorous way. I must say that it was my first attempt at Stand – Up Comedy. Later I joined SUCQ – Stand Up Comedy Qatar and DICE – Doha Improve Comedy Ensemble.  I started performing serious Stand – Up sets and Improv in front of a diverse audience which was quite challenging and learning as well. I also started taking keen interest in Stand up watching videos and trying to inculcate the observations whenever I got an opportunity.

This was also the time when I got an opportunity to work in an short film which unfortunately never got released. However the experience of facing the camera for a film was quite enriching. I went on to do 05 more movies. One was a private venture in support of the Emir of Qatar HH Sheikh Tamim during the blockade and another was an ad for Ooredoo the local telecom company. One each for Tawar Mall, Qatar Rail and a private venture. 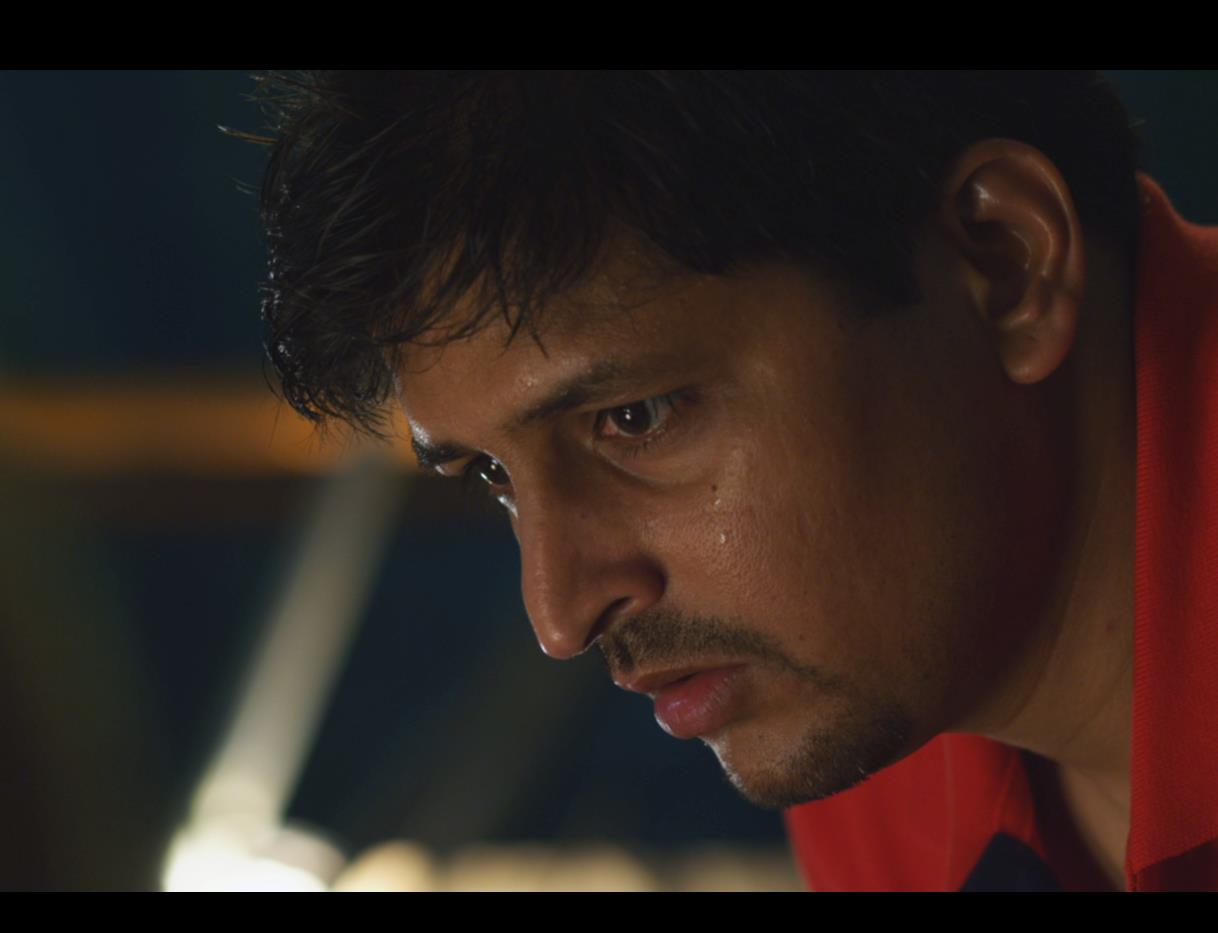 My biggest break came in October of 2017 when I was asked by the organizer to do an opening act for none other than Amit Tandon who was one of the most successful Stand – Up Comedian in India and someone whom I looked up to. He is my idol to date thanks to his subtle style of family comedy. I put in a lot of practice and my performance was superhit obviously as an opening act. I started getting corporate and community shows for Stand – up. The momentum just continued with me doing opening acts for Zakir Khan, Jeeveshu Ahluwalia, Manish Tyagi among other shows. 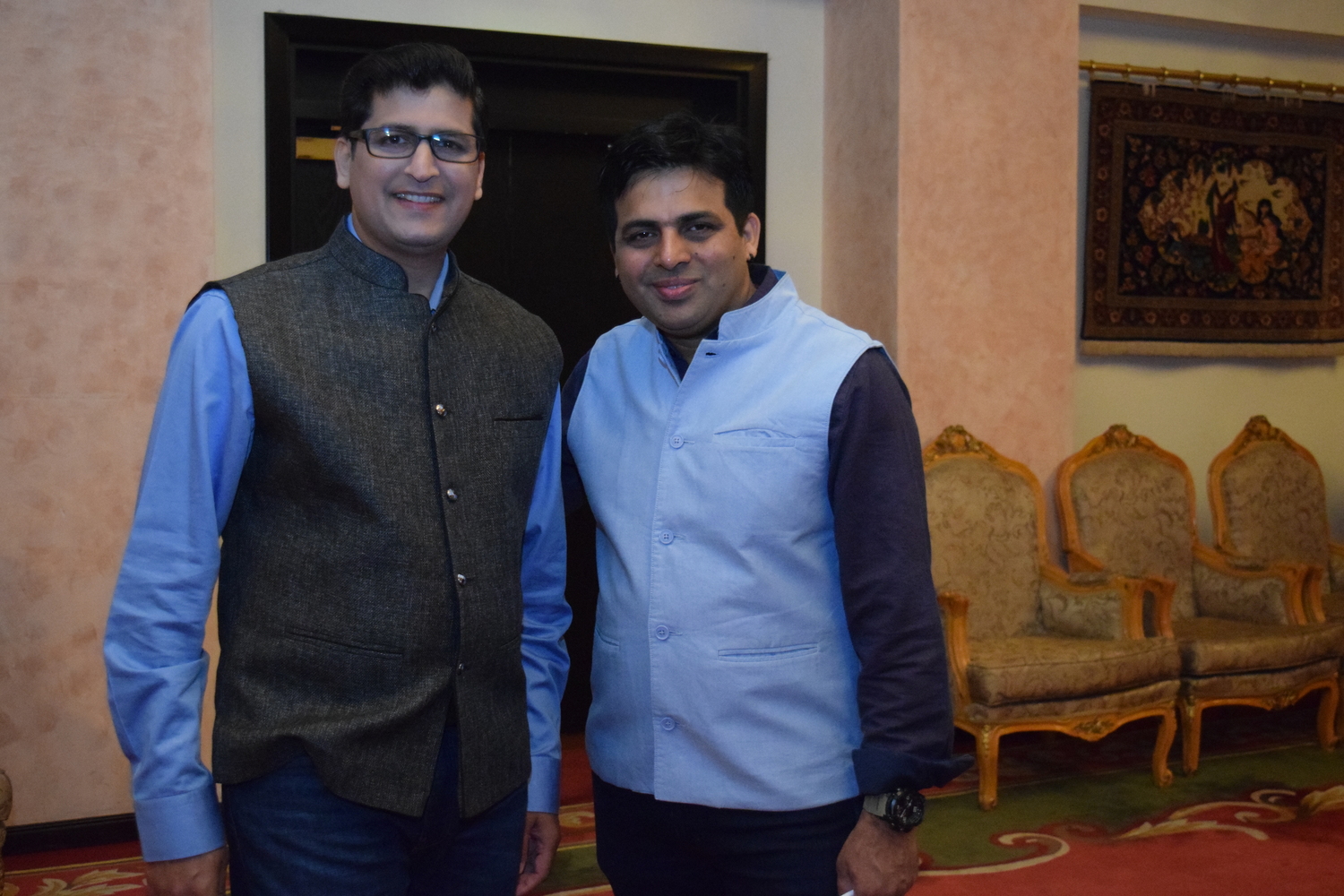 September 0f 2018 was yet another amazing month for me as I was chosen as a speaker in the coveted TEDx event during TEDx Birla Public School. This was nothing short of a dream come true for me to speak on the TEDx Platform. 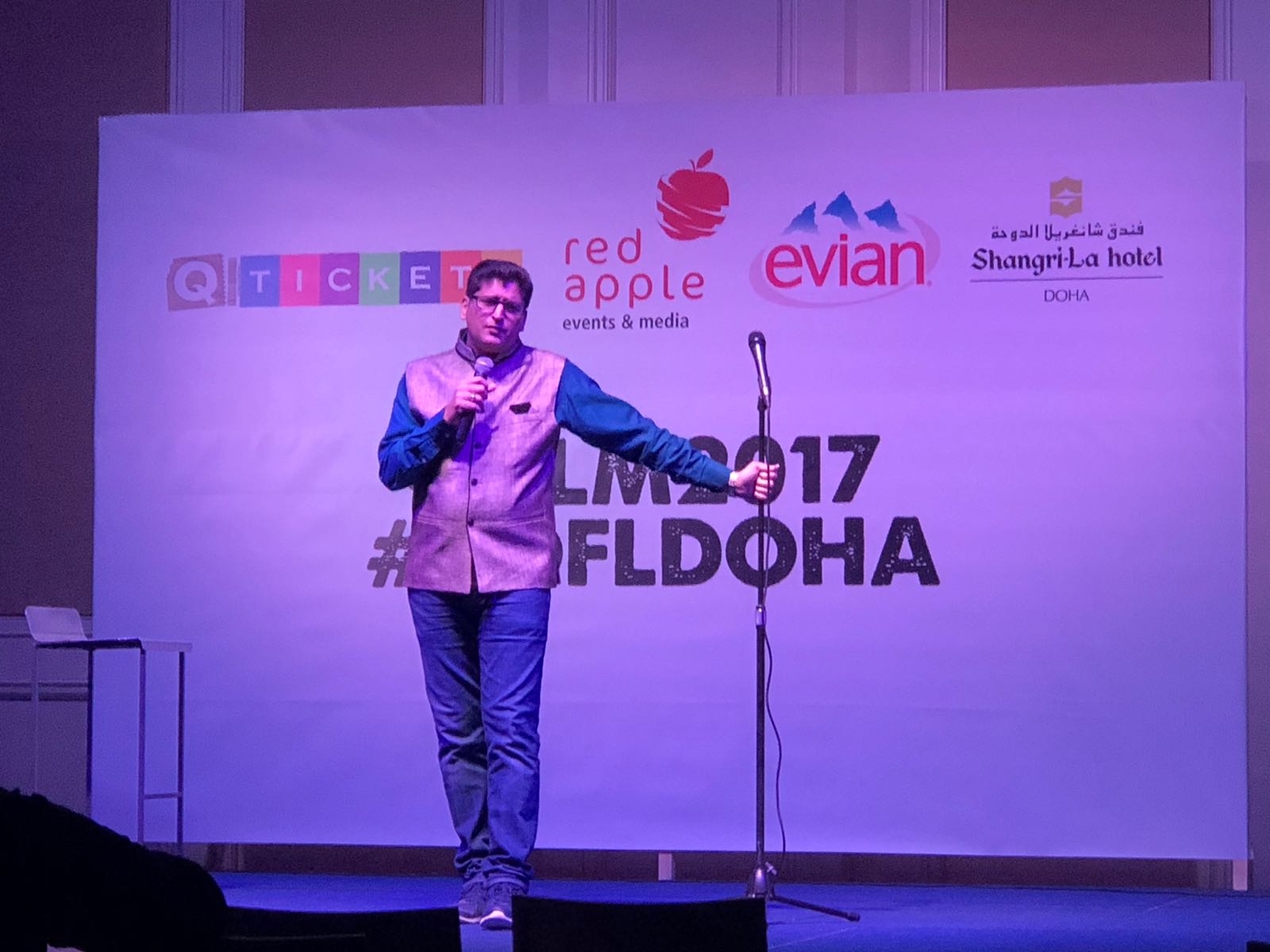 I started living my dream albeit as a hobby however the dreams were coming true though one by one. Thanks to the small fame I earned, I got to do interesting projects like modelling for Vodafone twice and a Voice Over artist giving my voice to a corporate company for safety induction or for an Ooredoo Ad. My longing for serious theatre was accomplished when I played an important role in a musical drama “Heer Ranzha”. The play was conducted in front of 500 plus community audience including Embassy officials and dignitaries from various fields. I also wrote and directed a Drama in Marathi on current family affairs named “Arey Sansara Sansar”. 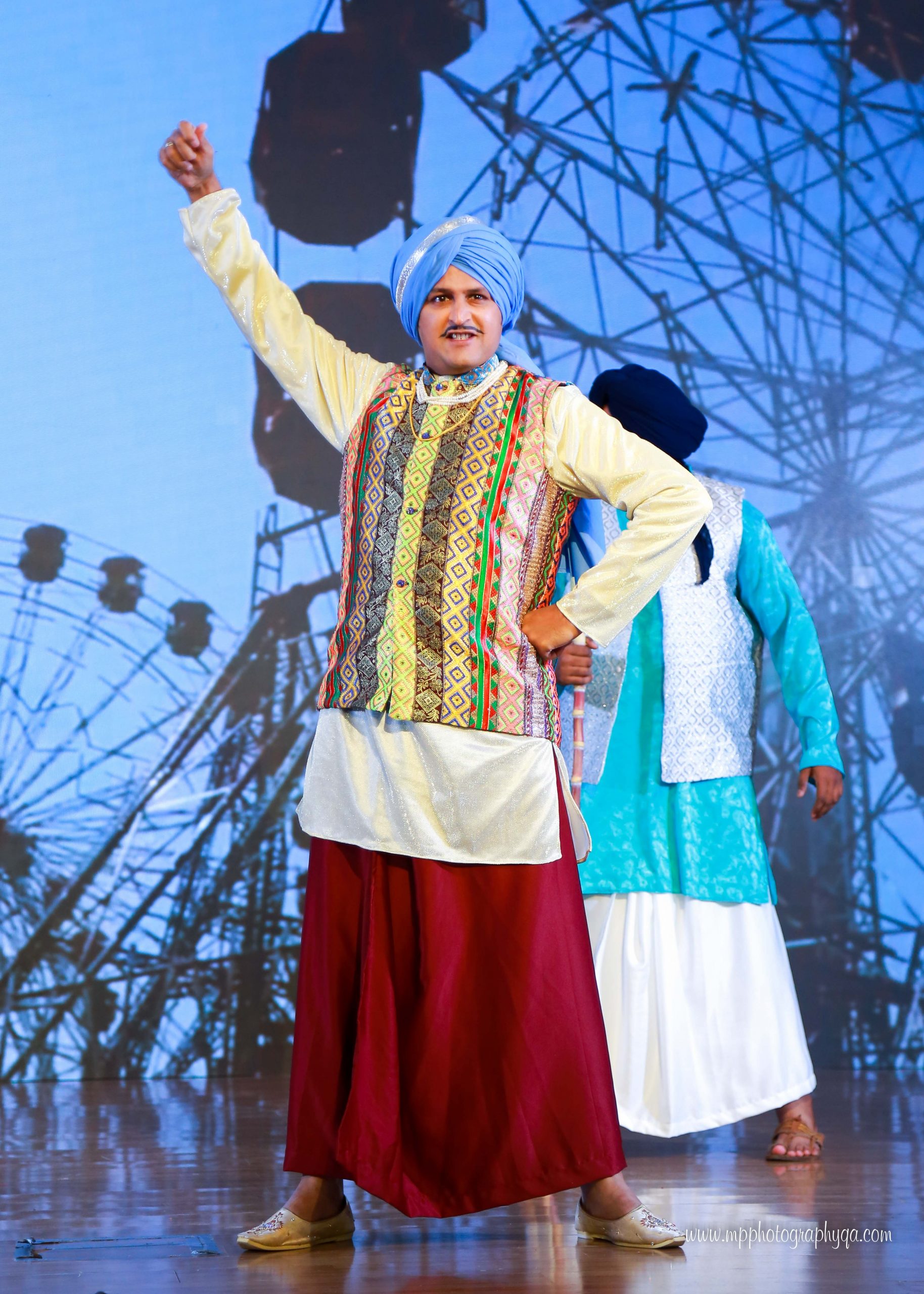 I also got the honor of hosting some very important events as an Emcee like the Indian Cultural Festival by Embassy of India and the Desi Mela a local event.  Nowadays I am hosting a bi-monthly event wherein I interview accomplished achievers who are an inspiration to the society hosted by Maharashtra Professional Forum – Qatar. 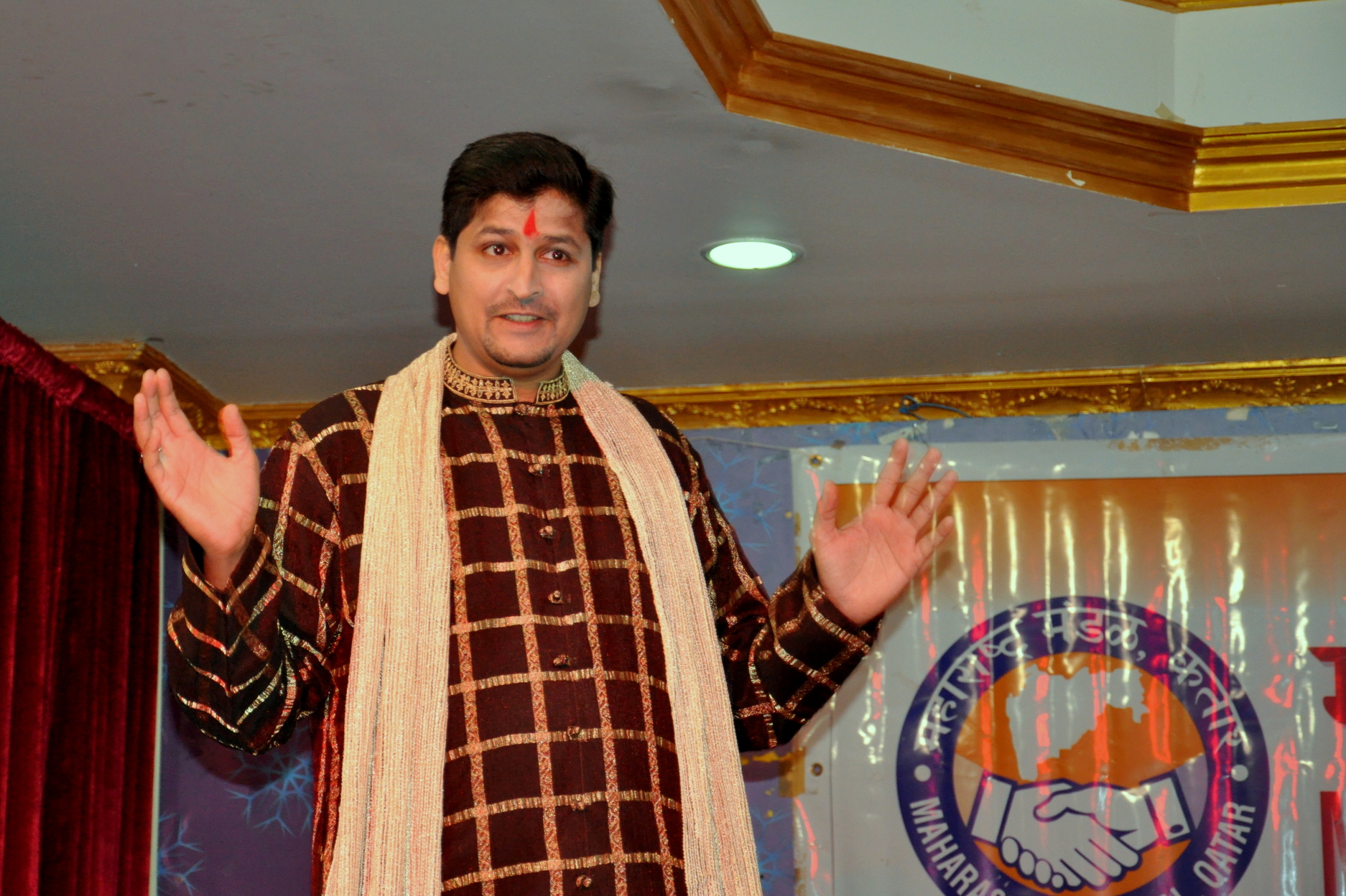 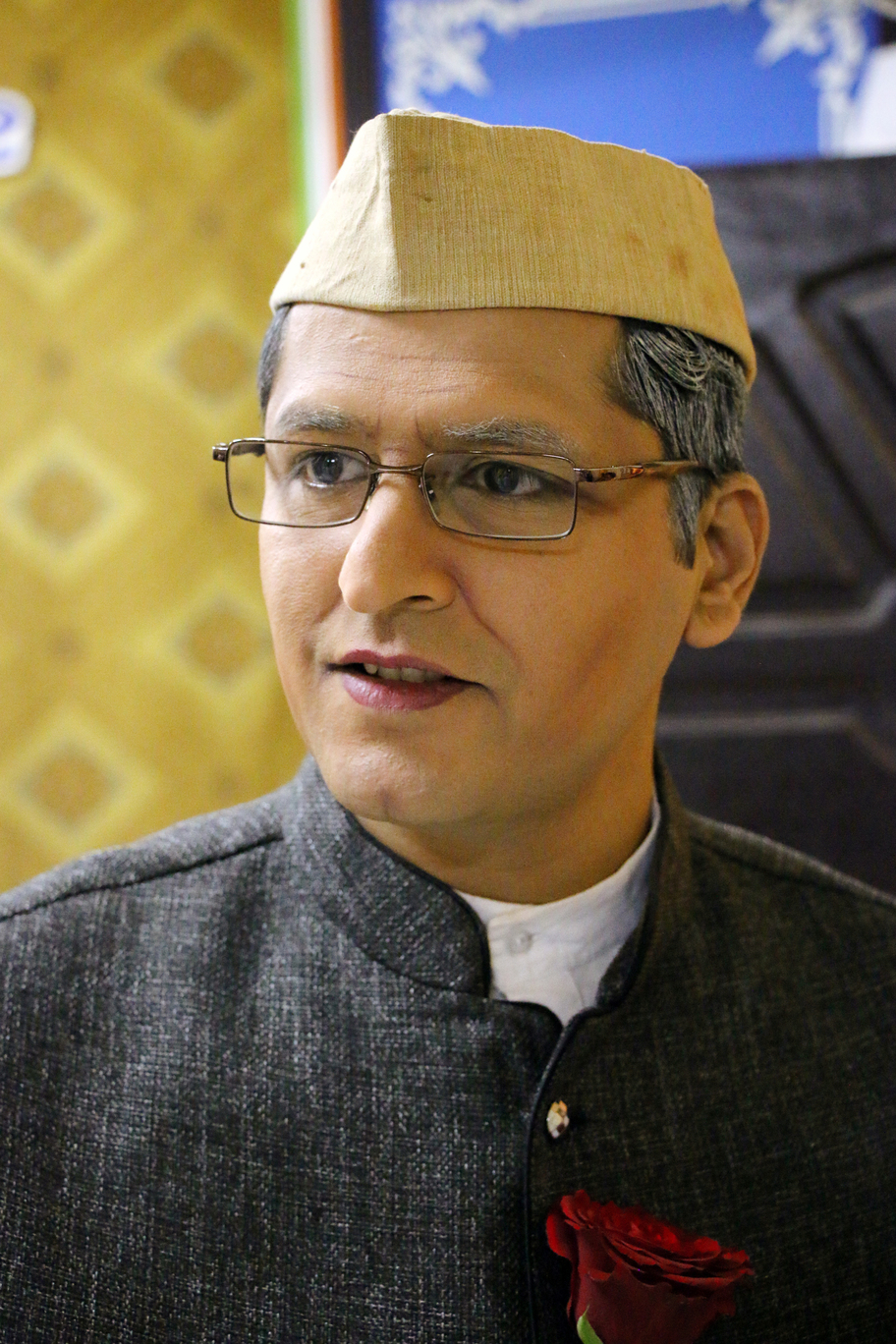 I have come a long way from someone who wanted to make a career in performing arts to have taken a forced sabbatical to living the dream once again it has been a jolly good ride and I am enjoying every bit of it. I must profoundly thank the country, leadership and people of Qatar who have always been supportive and encouraging. I am sure there’s more in stock for me and time will reveal. For now I can only say “always keep your dreams alive and keep them coming true“. 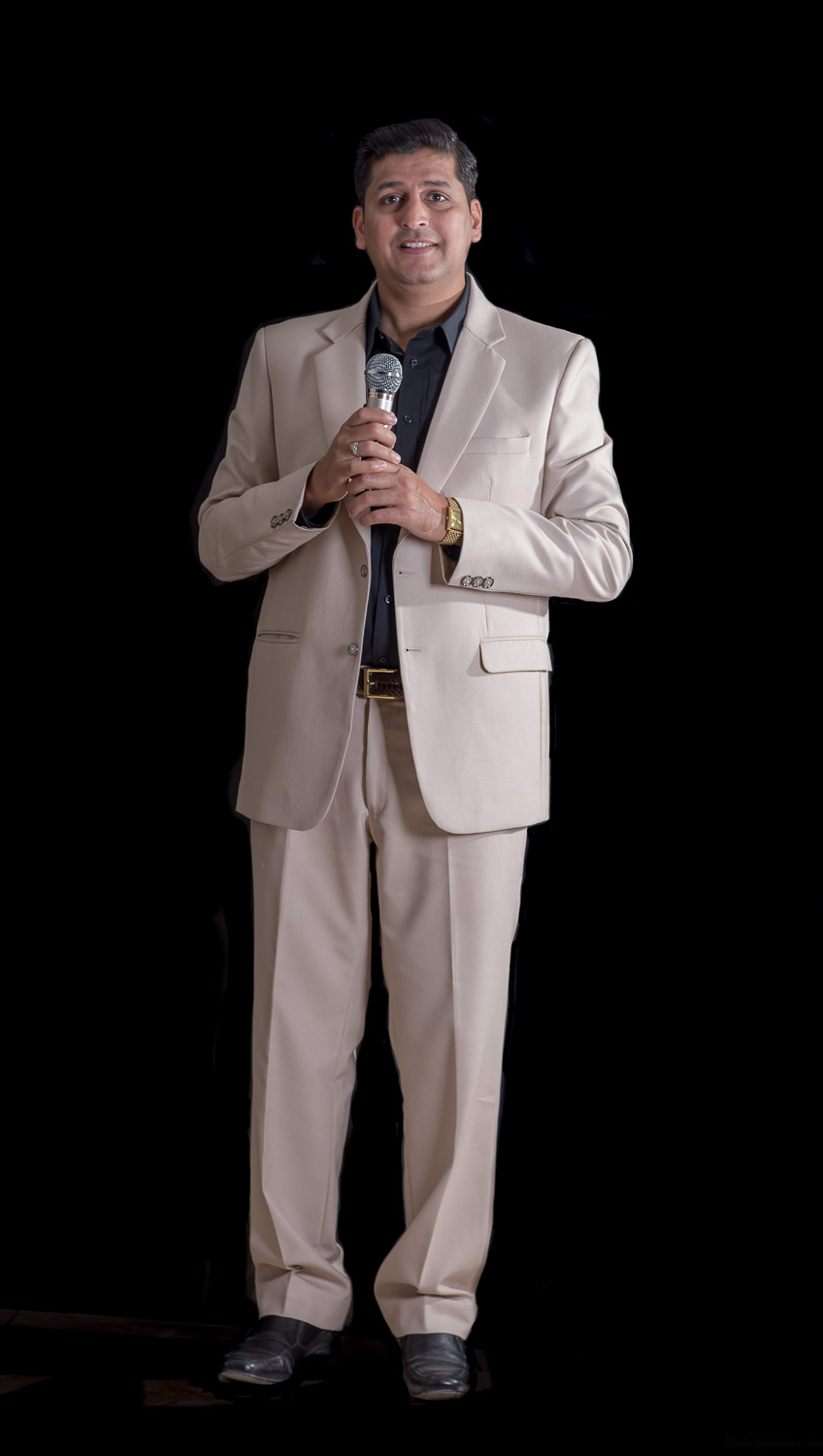