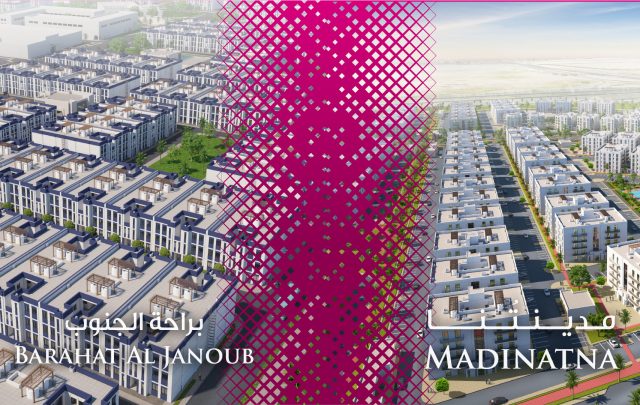 Doha: Barwa Real Estate launched the construction works for two upcoming projects in Al Wakrah City. The first is ‘Madinatna’, which is a residential city for families, and the second is ‘Barahat Al Janoub’, workers accommodation project. The two projects were launched during a ceremony held by Barwa today, Sunday, at the site of ‘Madinatna’, in the presence of HE Salah bin Ghanem Al Ali, Minister of Culture and Sports and Chairman of Barwa Real Estate, HE Hassan Al Thawadi, Secretary General of the Supreme Committee for Delivery and Legacy, and Dr Eng Saad Bin Ahmad Al Muhannadi, President of Ashghal.

During the launch ceremony, Barwa signed a contract with UrbaCon Trading and Contracting (UCC) for the construction works of the two projects. Abdulla Bin Jobara Al-Romaihi, Acting Group CEO of Barwa Real Estate, and Ramez Al Khayyat, Managing Director of UCC signed the contract, in the presence of Moutaz Al-Khayyat, Chairman of the Board of Directors of UCC.

Following the signing, the official took a tour inside a furnished flat mock-up in ‘Madinatna’ project, which is fully equipped and in actual size, to give a glimpse into the final realistic perspective of the residential units.

The Minister said that ‘Madinatna’ and ‘Barahat Al Janoub’ will highlight Barwa’s commitment to creating value and adding a human dimension to real estate projects. 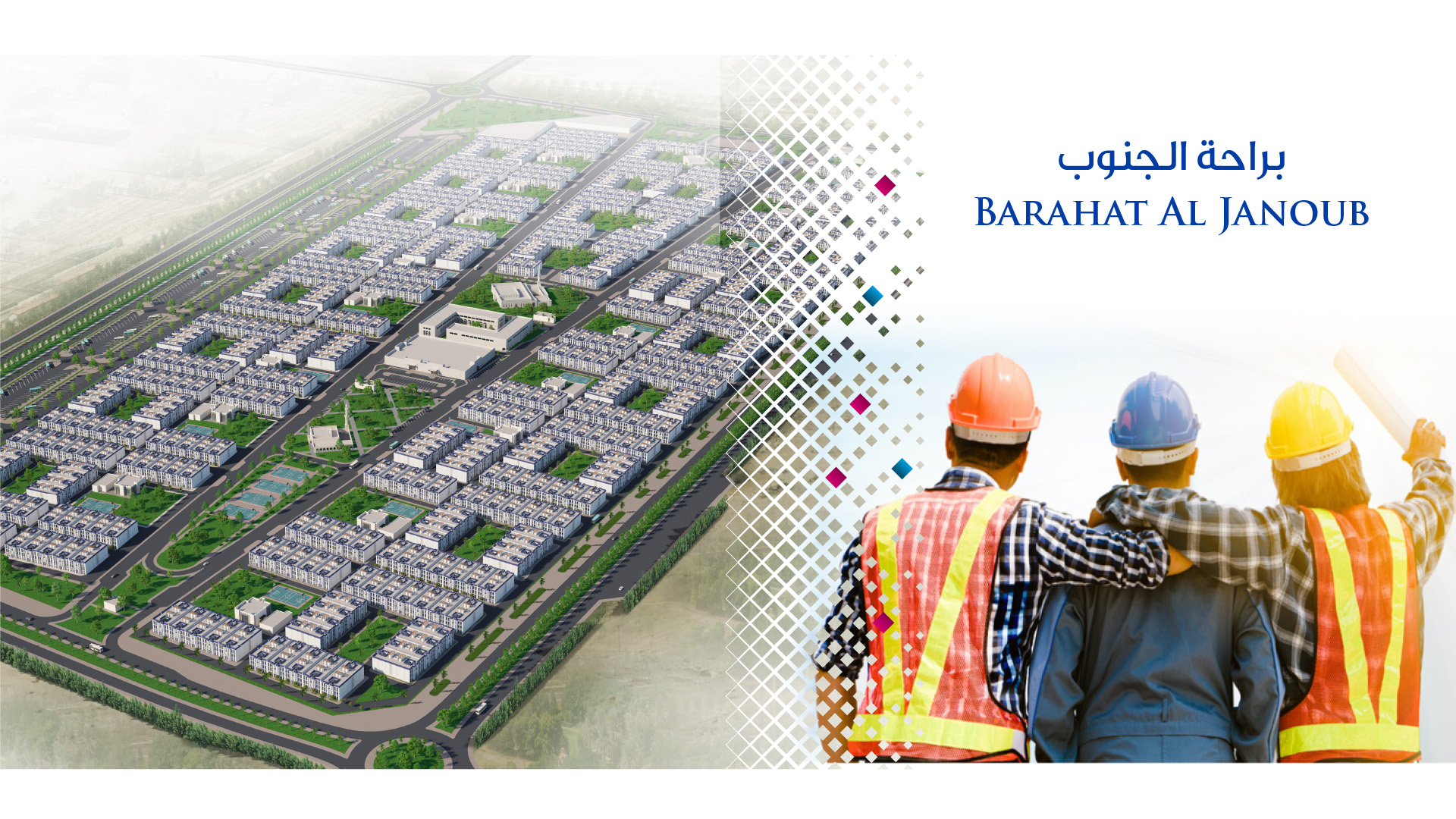 Abdulla Bin Jobara Al-Romaihi, Barwa Group CEO, also commented on the launch: “Madinatna and Barahat Al Janoub will provide residential communities with designs inspired by traditional Qatari architecture and equipped with the latest smart city technologies. These modern, sustainable residential cities developed by Barwa will provide innovative solutions and services to different segments of the Qatari community, with residential environments that meet the highest standards and specifications, required by the local market for residential housing and maximising shareholders’ returns”.

‘Madinatna’ which is a residential project for families in Al Wakrah City, extends over an area of 1,141,689 square meters, providing a high-quality standard of living for the different segments of the community, and the various integrated facilities of modern cities. ‘Madinatna’ consists of residential building with designs inspired by the traditional Qatari architecture. The project offers a group of buildings, varying from (G+4) and (G+4+penthouse), equipped with the latest technologies of smart cities. ‘Madinatna’ will offer 6,780 apartments, of which 2,040 are two-bedroom apartments, and 4,740 three-bedroom apartments with capacity of approximately 27,000 persons. The project will provide various services such as a hypermarket, retail stores, mosques and other public utility services, bringing the total built-up area to approximately 1,035,554 square meters.

The ‘Madinatna’ in Al Wakra municipality, Umm Bishr area, is located on the G-Ring Road which connects the area to the southern regions, the Industrial Area, and the highways, including AlMajd and Sabah AlAhmad Highways. This location provides easy access to Ras Bou Aboud Street, the Corniche and the center of Doha City, via the Sabah Al Ahmad axis, also connecting Hamad International Airport to Umm Lekhba Intersection on AlShamal Road.

‘Barahat Al Janoub” provides a fully integrated city for workers in Al Wakrah City. The project extends over a land of 773,457 square meters, with a design inspired by Arab homes with courtyards. It consists of 1,404 units of (G+2) equipped with smart city technology, offering 16,848 rooms each accommodating up to four persons. ‘Barahar Al Janoub’ will accommodate approximately 67,360 workers, providing residents with various service facilities such as hypermarkets, retail stores, mosques and other public services, bringing the total built-up area to approximately 750,742 square meters.

The project is located next to Al Wakra Central Market on Mesaieed Road, and is distinguished by its proximity to important developmental projects and sustainable facilities such as Al Wakrah Logistics District, Umm Al Houl Free Zone, Hamad Port, and Hamad International Airport, in addition to its proximity to sports facilities in Al Wakrah City, such as hospitals and stadiums.