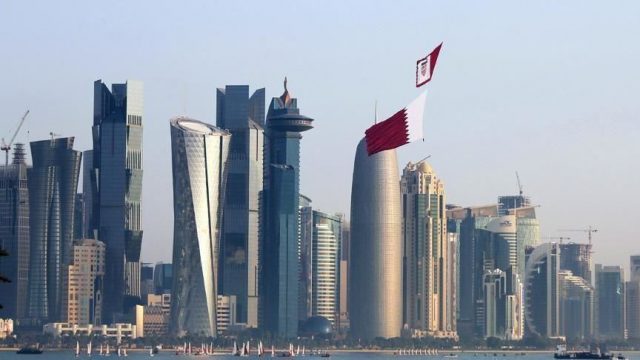 Expected deal comes after Trump’s adviser Jared Kushner arrived in Qatar as part of a last-ditch effort to resolve the Gulf dispute.

Qatar and Saudi Arabia are close to striking a preliminary agreement to end a dispute that has pitted the Gulf neighbours against each other for more than three years, sources told Al Jazeera.

The expected deal comes after United States President Donald Trump’s adviser Jared Kushner arrived in the Gulf region as part of a last-ditch effort to resolve the Gulf crisis, before the Trump administration leaves office in January.

On Wednesday, the Wall Street Journal (WSJ) quoted US officials as saying that the main focus of the talks would be to resolve a dispute over allowing Qatari planes to fly through the airspace of Saudi Arabia and the United Arab Emirates (UAE).

Bloomberg reported on that the imminent agreement would not involve the UAE, Bahrain and Egypt, which together with Saudi Arabia formed a quartet of blockading countries against Qatar.

In June 2017, the quartet cut off diplomatic and trade ties with Qatar and imposed a land, sea and air embargo on the Gulf state, accusing Doha of supporting terrorism and having ties with Iran that were deemed too close.

Doha has repeatedly rejected the accusations as baseless while highlighting its readiness for dialogue.

As the price for lifting the blockade, the four nations set a 13-point ultimatum for Qatar, which included shutting down Al Jazeera Media Network.

The WSJ reported that the blockading countries had relaxed their demands for lifting the blockade, noting that Saudi Arabia has shown more willingness to find common ground to resolve the crisis.

“This [news of the expected agreement] is a great step in the right direction that at least paves the way for what will be a conflict resolution effort that will take years,” Andreas Krieg, assistant professor at King’s College London, told Al Jazeera, in anticipation of the agreement.

“This announcement will first of all see confidence-building measures being accepted by both sides that are supposed to show the sincerity of Qatar and Saudi to commit to an end of the rift.

“Bilateral committees might function as a forum for dispute resolution behind closed doors. Having dispute resolution mechanisms is essential in ensuring that this episode of the Gulf Crisis will be the last one. Only after this transitional period will both sides actually talk about how to bring the crisis as a whole to an end,” Krieg added.

Krieg highlighted that the ideological rift in the Gulf is between Qatar and the UAE, not so much Saudi Arabia.

“The Emirates are not able or willing to commit to anything at the moment and are purposefully left out of any mediation effort by both the Kuwaitis and the Americans. This could leave the UAE fairly isolated just like after the 2014 episode of the Gulf crisis, sending the wrong signal to the Biden administration that Abu Dhabi might be a disruptive player in the region,” Krieg added, referring to US President-elect Joe Biden.

Qatar’s Foreign Minister Sheikh Mohammed bin Abdulrahman Al Thani confirmed two weeks ago that Doha welcomed a dialogue as long as it was built on respect for Qatar’s sovereignty. He explained that neither side was benefitting from the continuation of the Gulf crisis.