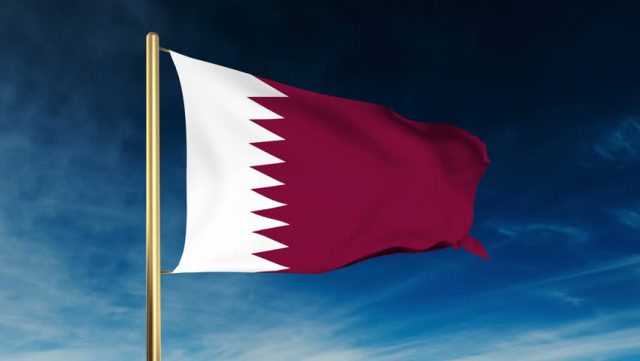 18th of December is the national Day of Qatar which had been official since 1878, however this is also known as “yawn Al watani”. This has been kept in the remembrance the successor who is also the founder and the ruler of Qatar since 1878 to 1913, Sheikh Jassim bin Mohammad bin Thani. His father also co operated with him since 1876. Therefore Sheikh Jassim took over and ruled the country after his aged father got deceased in 1878. However, it is a public holiday for schools and offices. This day is celebrated in different ways by different people, such as putting their flags on the cars, decoration of roads and houses.

The national anthem of Qatar which is also known as as-Salam-al-Amiri, has been adopted on 7th of December 1996. This was made by Sheikh Mubarak bin as Sayf al Thanj and was later on composed by Abdulaziz Nassir Al Ubaidan al Fakhru. Now this was made upon the elevation of Sheikh Hamad Bin Khalifah at the throne. Furthermore, Sheikh Mubarak bin as Sayf also forwarded the first made draft in the national stadium in 2015 in order to show it to the citizens for their awareness. This was played in the meetings and ceremonies before adopting it as their national anthem.

This flag consists of two colours vertically divided with hoists 9 points with a ratio of 11:28. The white colour holds up the ratio of 11 and maroon colour holds up the ratios of 28. This colour is motivates the nation as this fills them up with pride. It was designed soon after the independence from Britain. This was officially adopted on the 9th of July 1971. This is very similar to the flag of Bahrain however red is replaced by maroon although it is a neighbouring country.

Just like other countries in the middle East, Arabic is the national language of Qatar. Persian has been the dominant language after Arabic. Arabic is an ancient language and is spoken in many countries with different variants, however the people in Qatar are mostly expatriates, therefore different variants of Arabic is spoken. Now this is one of the main subjects in the schools to make sure that the Citizens are well aware of their official and national language. Now beside this language, English also plays an important role in education and offices.

The capital of Qatar is Al Doha, which holds the most population of the country. It is situated at the eastern coast which consists of the most important local port as well as many types of different sites of interest. It has the famous marketplace known as the soul, clock tower and the government house as it is the largest city if the whole country.

At first, during the 1966 , Qatar used Indian rupees as it currency, but later on it started to fall and the currency got weaker and weaker. Therefore, the Qataris started to bring their own currency which is not known as Qatar riyals. However, they did not adopted their currency after Indian rupees, Saudi riyals were being used as well as Dubai. When Dubai started to enter in UAE, Qataris introduced their own riyals.

The Qataris have been quite historic and inspired by the culture of bedouins. Their national dress consists of thawb which is a white dress from the upper body towards the leg, along with a soft clothe on their head which is held by a band. This traditional dress has been made according to the critical conditions of weather such as deserts and hot weather conditions. Women’s wear black robes which is also known as boshya as their main reason of such clothes is to cover their bodies, therefore, more religious and traditional people, they usually wear black clothes which covers their body at the fullest including a black face covering clothe which is called Abaya.

The Qatar airways is the national airline, more than 20 years of successful business and services. They have been growing rapidly with flights to almost everywhere in the world. It includes the business trips, leisure trips and as well as traveling. Qatar airways has earned themselves many awards in the ceremonies since they travellers have been quite fascinated with their service and flights. It has won awards such as “worlds best business class airline”, “world’s best first class lounge airline” and many other awards, which allows it to be recognised all over the world.

The national museum of Qatar is situated in Doha, the capital of Qatar. It was opened for the public on 28th of march 2019. Jean Nouvel is a well known architect, who designed the structure of this national museum, therefore he was inspired by the design of desert rose crystal and the palace of Sheikh Jassim bin As thani which is basically a heart of a qatari. The national museum is where all the historic items are placed in the remembrance and knowledge for their citizens. However it also attracts the tourist to give it a go.

Sheikha Moza bint Nasser, was the one who planned on the national library which has been a non profit plan. This library is known as Dar Al Kutub, which was discovered in 29th of December 1962. This library consists of many books in different languages. In the survey of 2018, it was known that this library comprised of more than 800,000 books along with 500,000 e-books. This included all types of educational, stories and informative books.

Soccer has taken the place in the heart of Qataris. The national game is soccer (football), the inspiration and dedication is very fascinating when it comes to the game filled with emotions. Qataris have there own team and league which has been quite successful as the players have also signed up to leagues of Spain such as Real Madrid. Other than football, Qataris have not only participated in football, they are into horse riding, athletics and many other sports are practiced at a very large scale. However the passion of their national game will always be at peak.

The national flower has been recently founded few years ago in Qatar. It’s known as the limomiun, however it is known as Qataf, this is mainly found near the coast and has beautiful pink and lilac flowers which can also be decorated inside houses and other places. The flowers are decorated almost everywhere around the city to have a beautiful view.

The national animal of Qatar is the Arabian oryx, this had played a major role in their country. Qatar airways also have the logo of this animal. This is also known as orry. There national animal is Mainly found in the deserts. It digs out under the trees to rest, furthermore it has the ability to recognise if there is a rainfall, so it continues to move towards the new plantation to have their nutrition. This animal has been endangered and you would only find a troop of 100 or below. This animal was hunted at a very large scale which led towards the extinction until 1980, but it has been conserved and it has been reintroduced by the zoo.

Sidra tree is the national tree of Qatar which consumes a very less amount of water and rises up to 500 metres. This is found in many parts of the world including Africa and Jerusalem, etc. This tree is quite rare as it has a very unique texture.

Just like other nations in the middle east, falcon is also the national bird of Qatar, however there is a difference in the specie as there are many types of species in a falcon. The peregrine falcon is the national bird which is smaller in size and very rare as compared to the others. This bird has a great significance among the middle East. This bird is also one of the fastest flying birds on the world.

Qatar is a very dry country, therefore they are into fresh juices as it is a Muslim country. However, the national drink is a tea known Karak. This tea is spicy and tasty as the same time, it is offered in many restaurants and cafes, as it is loved by all Qataris and expatriates. No matter, wherever you go, you would find this national drink everywhere. This is too compulsory when you go out to weddings, ceremonies and other occasions. This is served in a very small cup which would hold hardly 2 sips, as this tea is very good for the throats as it’s too spicy and sour when it goes down in your throat. Therefore it is only serve for few sips.

The national Day of Qataris is 18 December, therefore it’s a national Day off for the public. The schools and offices remain closed. Nevertheless, there are different occasions which is also a national holiday, including Eid ul Adha, Eid ul Fitr and the national sports day. The Eid holidays combine 3 days off on each Eid. On these occasions, people enjoy their days with their families out in restaurants and houses with their national food. There are many ways to celebrate the national holiday, people go out to beaches where fireworks are done, people enjoy the joyful day by simply putting flags on their cars and cruising all over the city. You might find a lot of traffic at those days for sure.