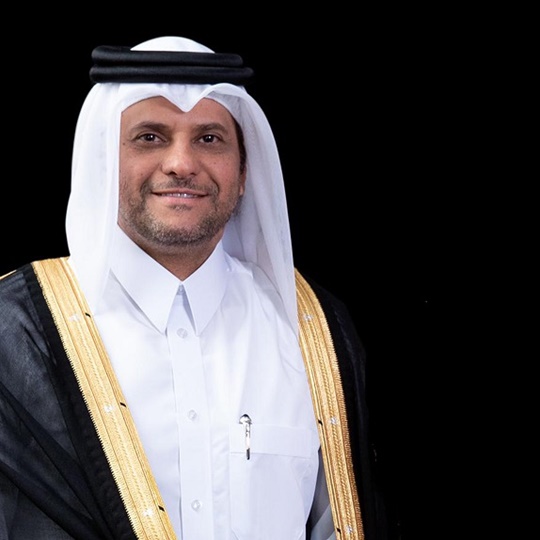 His Excellency Sheikh Saoud Bin Abdulrahman Al Thani has been appointed Chief of the Amiri Diwan on October 27, 2020 by the Amiri Order No. (5) of 2020.

He was born in Doha on February 19, 1970. He received his primary and secondary education in Qatar. He then joined New Mexico State University, in the USA where he earned Bachelor of Science degree in Electrical Engineering in 1993.

In 2003 he was awarded a Master’s Degree in Sports Management from Lyon University, France. In 2013 he was awarded an Honorary Doctorate Degree from the National Sports Academy in Bulgaria.

He joined the Qatar Armed Forces during the period (1994- 2001) and held different military ranks until achieving the rank of Major (Engineer). After that, he joined Qatar Olympic Committee as the Assistant Secretary General (2001- 2002) And later became the Secretary General during the period (2002- 2015) and assumed the position of the President of Qatar Basketball Federation (2011-2016).

He was appointed Ambassador of the State of Qatar to the Federal Republic of Germany and Non-resident Ambassador to the Czech Republic (2017-2019).