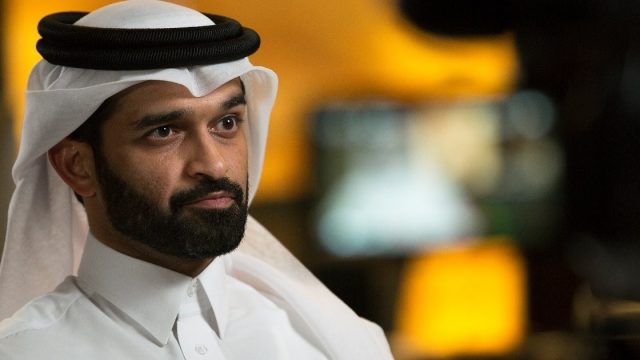 H.E. Hassan Al Thawadi, Secretary General of the Supreme Committee for Delivery & Legacy (SC), called on the international community to recognise the power of sport during a conference organised by the United Nations.

Al Thawadi was a guest speaker during the Second UN High Level Conference of Heads of Counter Terrorism Agencies of Members States, which was held online from 28-30 June. The conference theme was ‘Countering and Preventing Terrorism in the Age of Transformative Technologies: Addressing the Challenges of the New Decade’.

Speaking during a breakout session focused on the prevention of terrorism through innovative programmes, sports and behavioural insights to unite communities and build resilient societies, Al Thawadi outlined the various legacy programmes implemented by Qatar to leverage the hosting of the FIFA World Cup™, and stressed the importance of using sport to address the root causes of extremism.

Al Thawadi said: “Securing the event itself from a counter-terrorism perspective is a major task, requiring careful collaboration with a wide network of partnerships across institutions, nations and borders. The inauguration of the UN Office of Counter Terrorism’s International Hub on Behavioural Insights last December is timely. I have absolutely no doubt that we will work closely with our partners in the United Nations to deliver a successful and secure World Cup.”

Al Thawadi continued: “I’m even more confident that the international community must truly recognise and responsibly leverage the power of sport to contribute towards addressing the root causes of extremism proliferating throughout our world. Sport’s potential is too great, and too influential, to overlook or dismiss. And that’s why we have worked tirelessly to ensure that 2022 leaves genuine lasting social legacies that make a difference in communities across the world for decades to come.”

Al Thawadi referenced the major strides made in relation to workers’ welfare during his speech. The SC has implemented a range of health and safety programmes to protect workers and introduced forums to encourage grievances to be raised. The Secretary General also discussed the SC’s Generation Amazing programme, which utilises the power of football to bring about social change in countries across the world. Generation Amazing has built more than 30 football pitches in disadvantaged communities and positively impacted the lives of more than 725,000 people since being launched in 2010. Al Thawadi also spoke about B4Development (B4D) – the first behavioural economics unit to be launched in the region. B4D has been heavily involved in SC projects – including to encourage grievances to be raised by workers and to boost participation in Generation Amazing projects.

Moving forward, B4D and Generation Amazing will work hand-in-hand with the recently established UN Office of Counter Terrorism’s International Hub on Behavioural Insights in Doha to complement its counter-terrorism mission.

Al Thawadi added: “As incubators of the pioneering B4Development, an organisation for behavioural insights in the global south, our intention is to ensure that the work continues beyond the World Cup and our cooperation with the international hub through B4Development and Generation Amazing serves as the foundation for a long-lasting collaborative partnership addressing those root causes, and leading on leveraging sport to counter extremism and terrorism.”

He said: “Recognising the importance of sport in building healthy, resilient individuals and stable societies is not a new concept. For millennia, it is recognised as a helpful tool to channel youthful energies, bringing communities together, teach crucial life skills and disciplines, and enhance physical and mental health; combating loneliness and isolation among marginalised people and communities.”

Al Ansari continued: “Qatar is determined to use the power of sport to positively impact young lives and create sustainable social development in vulnerable communities as part of the journey towards hosting the FIFA World Cup in 2022. This fact is confirmed by research and studies that show the societal benefits of sport for young people through giving them positive energy that enables them to participate in sports activities, while at the same time providing them with an alternative to the negatives aspects of social media, especially those related to crime, extremism and terrorism. There is no doubt that this approach will benefit individuals and societies in general.”

Al Ansari concluded: “Qatar may be among the safest countries in the world but we share in the responsibility to keep everyone safe. After all, terrorists only have to succeed once – we have to succeed every time. Qatar pledges to cooperate, coordinate, share and pool our knowledge from hosting the greatest tournament in the world and to give that knowledge to the world in the same way as we have so graciously been given it by other countries.”

“We have brought international experts from many countries to work alongside and advise our planning and operational teams. We commission a quarterly review of worldwide terrorism and extremism. We review the lessons from these events as they must relate to Qatar and adjust our protective security footprint in line with our discussions.”