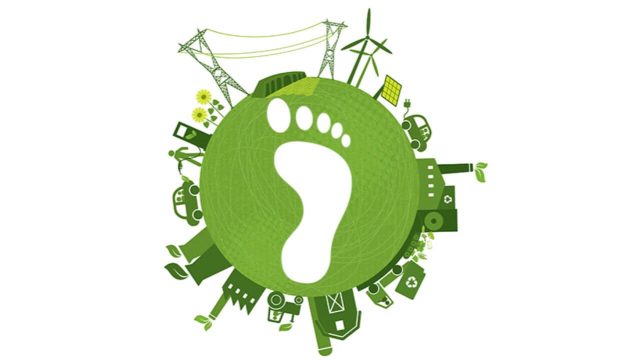 Sustainability is at the heart of preparations for the FIFA World Cup 2022™, with Qatar on course to deliver the first carbon-neutral event in tournament history.

Here are ten ways Qatar is reducing its carbon footprint in the lead-up to the first FIFA World Cup™ in the Middle East and Arab world.

Qatar 2022 will be the most compact FIFA World Cup™ in modern history. All eight stadiums are close together, with the longest distance between venues just 75km (Al Bayt Stadium in Al Khor to Al Janoub Stadium in Al Wakrah). Fans and players will stay in one accommodation and train at the same location throughout the tournament.

Fans, players and officials will not need to take any domestic flights once they arrive in Qatar. Thanks to the compact nature of the event, they will never be far from a stadium, training site or tourist attraction. This is in stark contrast to previous tournaments, where fans and players often flew thousands of miles between matches.

Every Qatar 2022 tournament venue will achieve GSAS certification. A venue’s level of sustainability is certified according to various categories, including design, construction, energy and water usage. Every stadium is on track to receive a minimum four-star GSAS rating for the design, build and construction. Education City Stadium and Al Bayt Stadium both achieved five-star ratings.

Constructed from shipping containers and removable seats, the stunning Ras Abu Aboud Stadium will provide an innovative blueprint for major tournament hosts in future. The 40,000-capacity venue is the first fully dismountable FIFA World Cup™ stadium in tournament history. It will be completely dismantled and repurposed after the event, with its parts used to create sporting facilities in Qatar and overseas. The shipping containers used to build the stadium were originally used to transport materials to Qatar for the construction.

To limit the carbon footprint, all Qatar 2022 projects implemented measures to organise waste segregation and management during the construction phase. Stadium sites diverted solid waste through recycling. For instance, the majority of waste generated at Al Janoub Stadium (90%) and Ahmad Bin Ali Stadium (84%) was recycled during construction. Recycling systems will also be in place during match days.

Qatar’s organising body, the Supreme Committee for Delivery & Legacy, in collaboration with FIFA and the FIFA World Cup Qatar 2022 LLC has established a Sustainable Sourcing Code setting out minimum standards and benchmarks for suppliers and sponsors of the tournament. Put simply, all suppliers must meet strict environmental criteria.

The new Doha Metro will be responsible for transporting thousands of fans around the country during Qatar 2022. The electric metro system uses regenerative braking systems which help to reduce its carbon footprint. In addition, its stations carry various green credentials and operate under green building certification.

Qatar’s green transportation plans also extend to electric cars and buses. In collaboration with KAHRAMAA, charging stations for electric cars are being installed at various convenient locations around the country. Electric scooters and bicycles are also available in outdoor locations, including parks and the Doha Corniche. Meanwhile, a fleet of electric buses will be used to transport fans between their accommodation and tournament venues in 2022.

Delivering sustainable hospitality solutions is at the core of the tournament. An important component of the tournament’s fan experience is accommodation. Through partnering with Qatar Green Building Council, this edition of the FIFA World Cup™ will promote green practices in the hotel sector by reducing the sector’s environmental impact and capitalising on efficient and responsible hotel operations.

Tree planting and greening the country

As part of the tournament’s green legacy, tree planting constituted a major aspect of stadium design and planning. With native trees and plants in stadium parklands and precincts, a campaign to ‘green’ the country is an opportunity to significantly reduce carbon emissions and leave behind a green legacy for future generations.